The meaning of Tai Chi Chuan or Tai Chi (pronounced as TIE- CHEE) is Supreme Ultimate Boxing, a form of traditional martial art with its roots in China where the person moves the body gently in different actions along with deep breathing process. It is also known as meditation in motion and is highly popular in alleviating stress and anxieties that pile up in our daily life. The main objective of Tai Chi is to restore mental peace and tranquility. The physical movements that initiated in the form of martial art have gradually developed into a naturally healing practice, nowadays widely accepted across the globe.

Considering the multifarious aspects of Tai Chi, a number of variations fusing the traditional and modern versions are now being practiced aimed at different objectives. 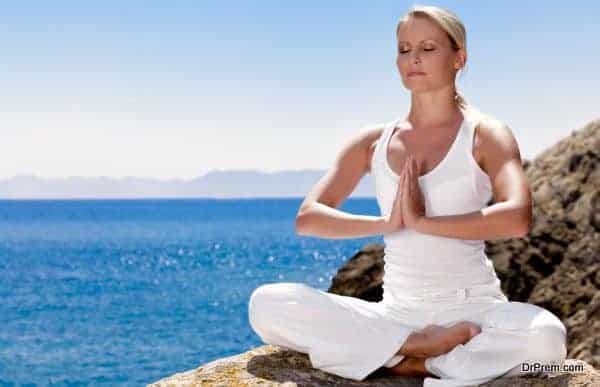 The evolution of Tai Chi has been influenced greatly by Buddhist and Taoist monasteries. Legends associated with Tai Chi often lead to confusions regarding its origin. More or less it has been accepted that most of the theories and practices associated with this traditional martial art have been propagated by Zhang Sanfeng, the Taoist monk in 12th century whereas at the same time certain principles also surfaced from the Neo-Confucian school, which had a mixed influence of Taoist, Buddhist and Confucian traditions. However, an epitaph belonging to 17th century indicates the relation between Zhang Sanfeng and Tai Chi martial arts.

However, in the second part of 19th century, Yang Luchan came up with a special style of Tai Chi popularly known as Yang style Tai Chi. His 18 years of training with the Chen Family (the founder of the oldest style of martial art) helped him to become an influential trainer of this specialized martial art. Modern day Tai Chi or Taiji is accepted to the entire world as the Chinese martial art and physical exercise system based on Taiji philosophy.

Five major styles of Tai Chi are known to exist each owing its origin from a specific Chinese family. 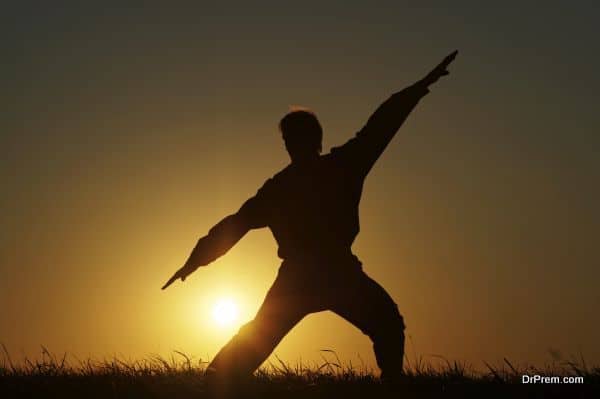 Tai Chi is based on the principle that a harmful external force should not be encountered brutally which leaves both sides injured. On the other hand, it advises to face the external force softly with specified motions till the incoming force either gets exhausted by itself or is directed to the path of meeting yang with yin. This restoration of yang/yin balance can be achieved through specialized body movement training and is the primary objective of Tai Chi. 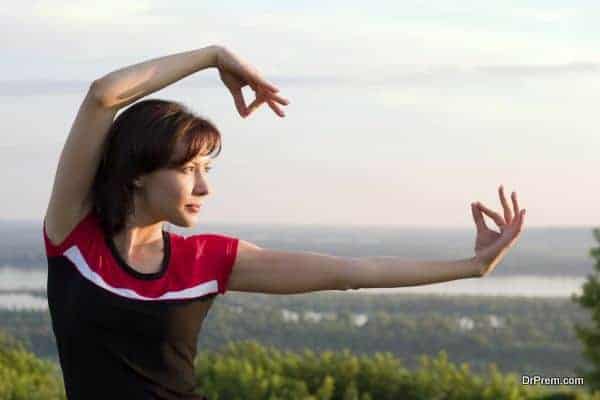 Tai Chi helps in perfect mind body coordination where one stands erect and relaxed with perfect alignment of the head to the body along the line of gravity in an absolute tension free posture. The chest and back are positioned correctly to allow the breath flow down the lower abdomen.

The body joints and the muscles should be in an absolutely relaxed position to enable smooth flow of energy in a vibrating mode throughout the body. The relaxed waist controls all the body movement directing the energy flow.

The Tai Chi vibration initiates from the feet spreading out to the legs gradually reaching to the back and arms and finally gets released through the fingers. The movement of the vibration from the legs to different parts is uniformly coordinated by the waist with the upper and lower body parts moving in perfect harmony to the energy flow.

The entire body should move as a single unit and not restricted to single part body movement involving either the leg or arm. The movements are performed evenly in a continuous manner without increasing the speed or slowing down. Body movement is directly linked with breathing. Therefore, breathing should be deep and slow. Mind should remain focused directing the movements.

Training techniques involve two methods. One is taolu or solo form involving a sequence of movements in a slow motion maintaining a straight spine and deep abdominal breathing. The second one involves different forms of tuishou or “pushing hands” form involving specific hand movements with a partner. 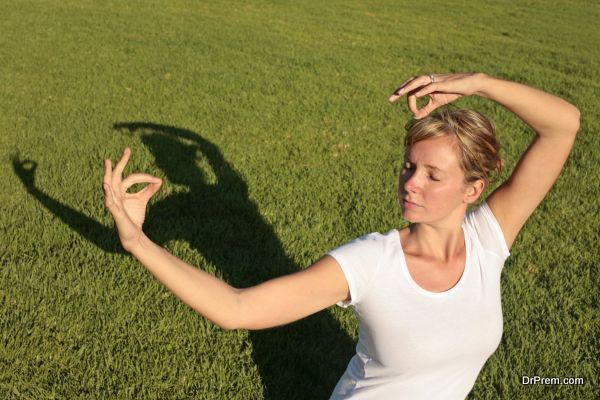 Tai Chi has immense health benefits some of which are mentioned below:

Algarve on the path to unravel its potential in wellness tourism