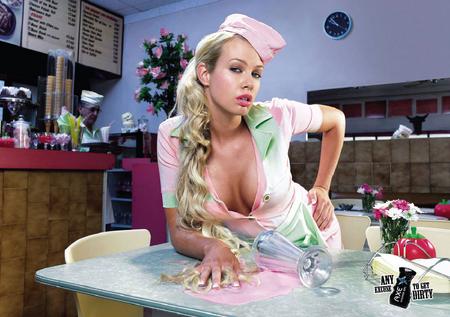 Axe has recently launched this print advertisement campaign based on its ‘get dirty’ series to promote its shower gel. The campaign aims at underscoring the fact that the product is so tempting that people try to get different excuses to get dirty and use the product. The advertisements are showing models being engaged in such unnecessary activities which have eventually lead them to use Axe shower get to freshen up. This campaign was recently launched in India.

The presentation of the advertisement though draws resemblance from its early campaigns but here a sense of fineness seems to be present. However, the campaign is originally based on the same old idea and there is no uniqueness in its presentation. The text of the advertisement reads, ‘Any excuse to get dirty. Axe shower gel.’ The campaign was developed by Lowe Mena, Dubai, UAE.

No matter how great this advertisement may be it still can compete with these insanely creative print ads of all time.

Top 10 Most Creative Print Ads Ever 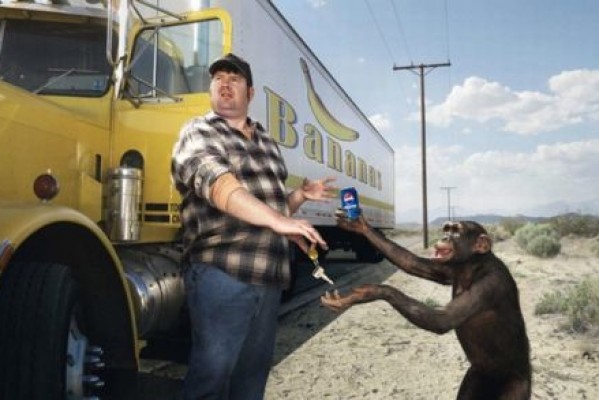 Advertisements have always kept marketers and creative analysts on their foot. Globally renowned ads are supposed to fulfill the dual purpose of creating a rock strong brand image as well as increasing the number of digits on the left of the sales figures. But what keeps us spellbound is that how a simple image screams out a concealed meaning in the clearest way possible! So here is a list of ten such print advertisements that stand up proudly to be the most expressive and the most conveying kinds. 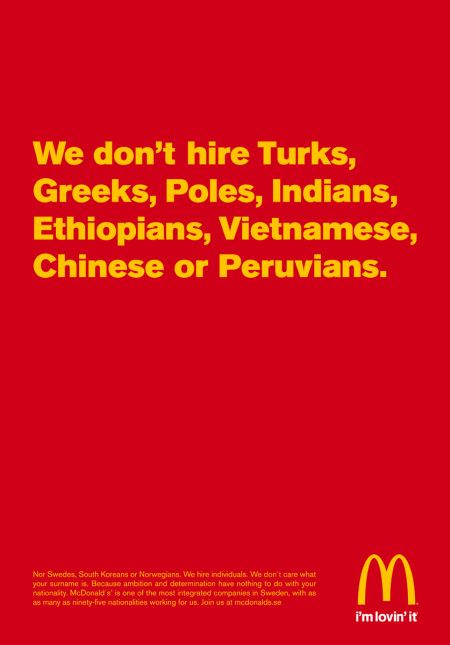 This is an amazing piece of brain marvel, put in by the creative minds at DDB, Sweden. Created for Mc Donaldâs in March 2008, this advert shows how Mc Donalds hires indiscriminately.  Nationality is proving no bars to the recruitment process. The only way to get associated with this huge brand is to have the passion to work. Without much beating about the bush, and without giving importance to concealment in advertising, this advertisement clearly vocalizes the message. So once you have a look at it, you would not have to whack your brains in reading between the lines. 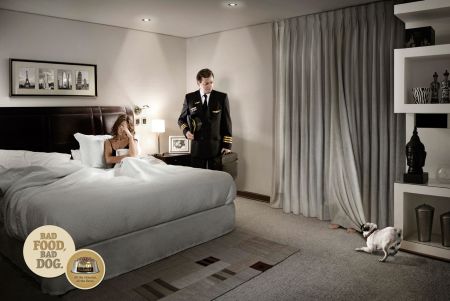 How many times has it so happened that you have tried to hide things from people, and your pets have helped you achieve the opposite? If you have been one such victim of situations, you might associate yourself very well with the theme of this print ad. Created by Y n R, It eulogizes about how bad pet food can give rise to bad pets. Here, a pug is shown to be pulling the curtains, behind which the boyfriend of the lady stands, concealed from the view of her husband. But in the process of tugging on the curtain, the dog exposes the feet of the boy, and leaves the lady embarrassed. The message is, give good food to your pets and ensure a balance and good mental condition. 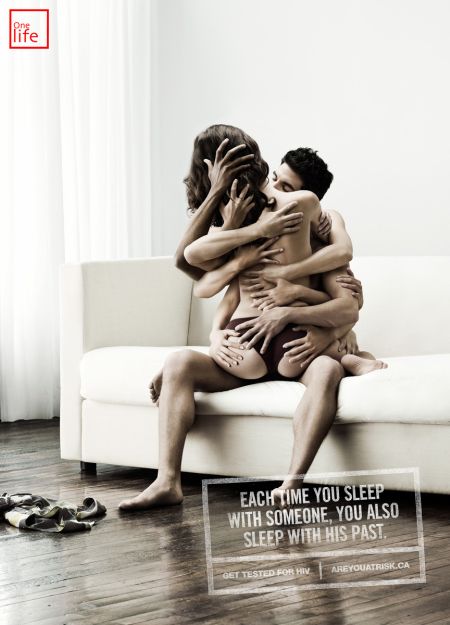 This is an excellent piece of thoughtfulness put on paper by the people at Bleublancrouge. This ad had been created for OneLife and is basically an awareness campaign against AIDS. The frame apparently points out to how people show lack of responsibility to their own lives while practicing sex with multiple partners. The punch line is amazingly strong and does not need further description. It was released in 2009. One glimpse at the picture, and you would stay dumbfound! It shows two people practicing love. But the number of hands exceeds the number of people. It states that it is important to understand that sex with a partner who had multiple relationships can be dangerous. It could be a potent way for the spread of the deadly disease. 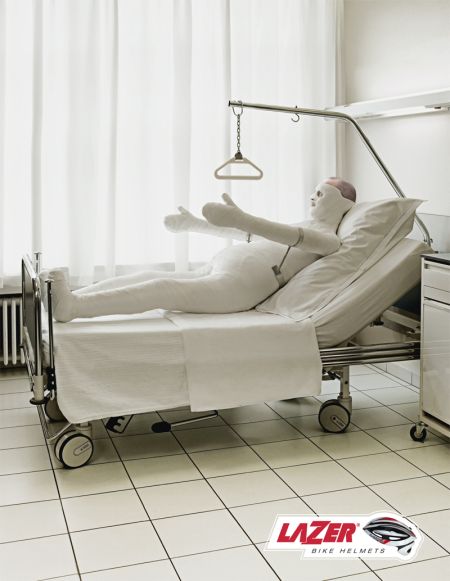 This is a humorous presentation that was created for Lazer bike helmets by Duvalle Guillaume. Herein, a man is shown fully plastered, confirming that he had faced a brutal accident and has been ridden to bed. The only part of the body that is not covered with plaster is the head of the man. That is because the head had been covered by a Lazer helmet, so strong, that while the entire body was shattered, the head stayed safe under the Lazer cover. A very apparent advert that would take a bit of careful delving into to understand the true communication, this ad is sure to keep your mandibles down for a moment. 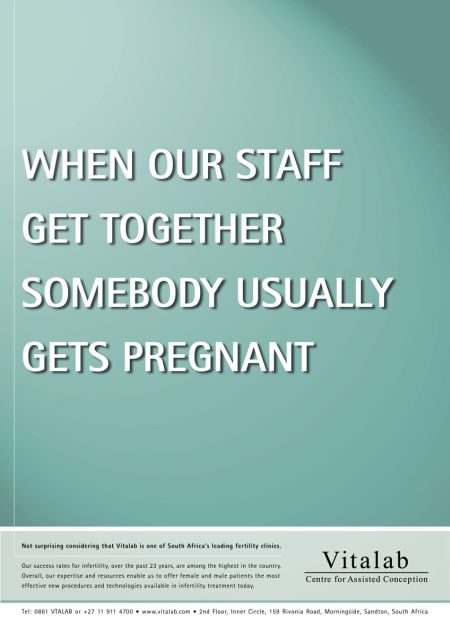 Itâs just about playing with the words! This print ad takes the assistance of nothing to convey a clear meaning, just plain English words! Created by Gendals in 2007, this advert shows how efficient the staffs at Vitalab are, and how dependable the brand is. The tagline goes, âwhen our staffs get together, somebody usually gets pregnant. It uses a bit of emotional touch to leave a hard notched imprint on its audiencesâ minds. Here, the target audience would be women who wish to conceive and bear a child. The message would sound like bells to their ears. Now see, that is exactly how an impact should be like! 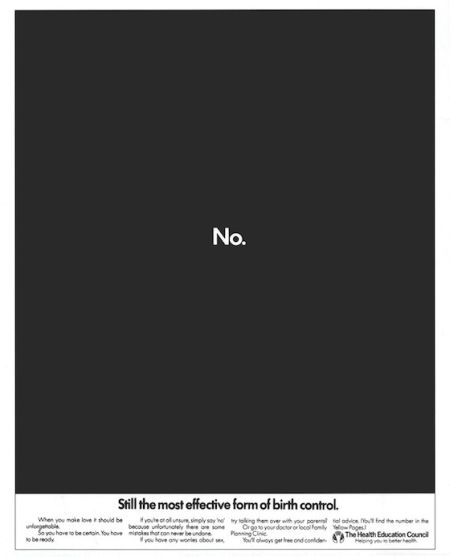 Simplicity is always the best way to behave in. A plain and clear conversation often does wonders in clarifying emotions and demystifying beliefs. A simple âNoâ can actually work miracles when it comes to avoiding pregnancy. Apart from all the contraceptives, diaphragms and condoms, saying a strong and strict ânoâ, can wish away the chances of anyone getting pregnant by chance. That is exactly what the advertisement tries to convey. At the first sight, the implication of the white ânoâ on a black background might seem a bit perplexing to you. But read the message at the bottom, and everything suddenly becomes clear. That is the magic of the âNOâ! Created in 1960âs this ad is sure to bag on of the top places in the run. 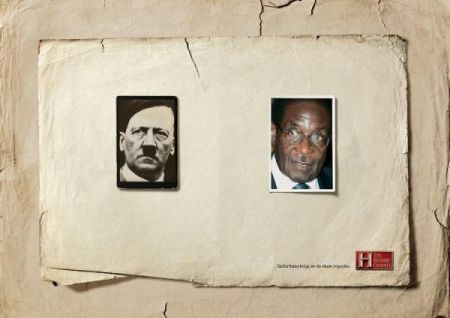 Ogilvy has always been one of the top agencies in the world record, and this wonderful piece is an example of the agencies creative pool. Created for History channel, this advert shows two different pictures of the same person, Adolf Hitler. One is the general black and white Hitler that our eyes have been accustomed to and the second picture is the original photograph of the dictator. The message goes in the humorous tone to state that the History Channel shows the exact repeats of event and people of the past. It is a wonderful advert with a great communicative level in it. 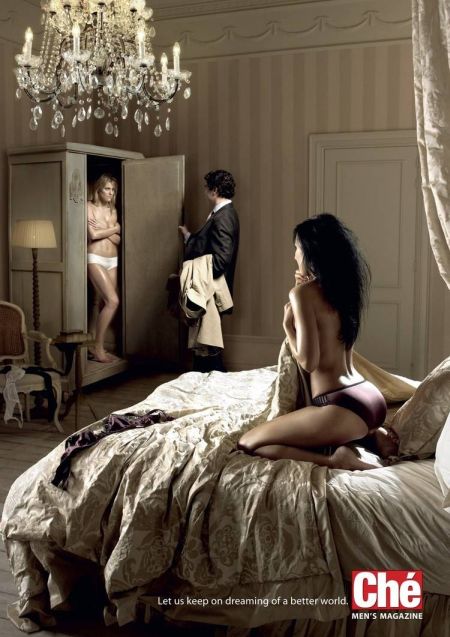 Men will forever be men! True, and that is the crux that Duval Guillaume has found to lure men to this magazine. This ad was published on the 7th anniversary of the magazine and shows a man surrounded by girls, wherever he imagines them to be. The picture shows a man opening his wardrobe, and what he finds, is a nude girl standing in front of him, a bait enough for any male to think that the magazine is a dream come true. This advert is an example of how creativity can be put to great use, with a pinch of devilishness in it! 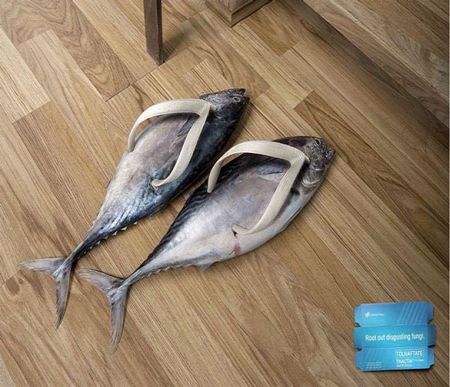 We all hate foot odor, don’t we? And worse, we all fear fungal infection on the foot due to the moist condition inside the shoes. The ad targets this feeling to dictate the importance of an antifungal foot cream that would keep your feet far off from odour. Created by Dm9-JaymeSyfu, this ad uses a disgusting picture to show the usefulness of the product. 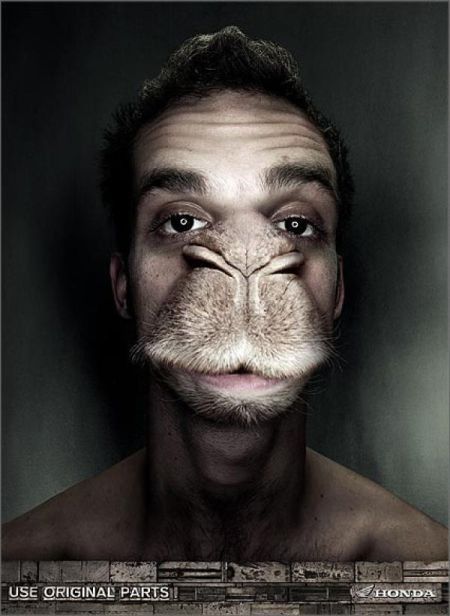 This ad from 2018 for Honda comically displays as to what happens when unauthentic spare parts  replace the original parts. It shows a man with the lips of a camel. The message communicates the impact of replacing human lips with that of a camel. The combination would be a disaster right? The same is true for car parts as well! So we should take care and check the authenticity while finding replacements. Convinced?