With remarkable proficiency in more than one field, Dr Prem is a versatile man striving for professional excellence. An acclaimed speaker, global trainer, successful entrepreneur, chartered consultant, celebrated author and publisher, Dr Prem’s list of core competencies is diverse.  Dr Prem is at the helm of a diverse and well-insulated network of 50 niche websites catering to the ever-dynamic aspirations of readers worldwide. Additionally, he manages in excess of 100 associate websites with high rankings on all prominent search engines. However, his digital storefront extends to social media marketing sites like Facebook, LinkedIn, Google+ and Twitter.

The staggering figures stand as a testimony to the influence that Dr Prem wields on the social media circuit. Currently, On all social media channels he hasl around half a million followers, he has in excess of 109 thousand followers on Facebook alone, which is a commendable feat. Over 158K people follow this eccentric genius on twitter where he has thus far tweeted 6,917 times giving his piece of mind on a variety of issues. Additionally, Dr Prem commands the loyalty of over 2284 followers on Pinterest. Considering his proactive stance, the number of followers is more likely to go up in the times to come.

He is also a guest author of several globally established travel magazines. Taking time from his busy schedule, he pens authoritative and thoughtfully constructed article, stories and posts without indulging in repartee to allow brands garner the right kind of audience.

Dr Prem is vocal about prominent issues on social media ranging from personal hygiene to global politics. You can come across his thoughtful insights on Facebook and Twitter, which is one of the biggest motivations for his followers to pursue him on social media. Over the years, Dr Prem has helped a plethora of brands to get the kind of attention they desire and deserve to remain competitive on the social media platforms.  The sheer diversity of topics he chooses for displaying his writing skills substantiates Dr. Prem’s credentials as a learned man. 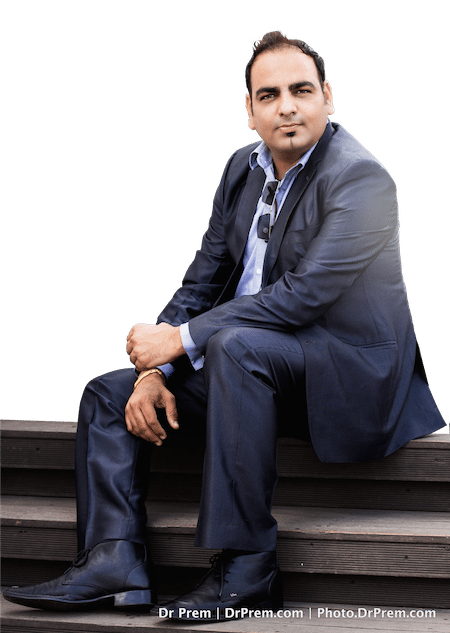 A globetrotter by instincts, Dr Prem consistently travels to all part of the globe for both business and leisure purposes. He never fails to share his experiences with his fans and followers on social media. As an avid photographer, Dr Prem is capable of clicking photographs that excels in visual appeal, diversity in themes and impeccable portrayal of the subject. His regularly updated Facebook page carries breathtaking pictures depicting the cultural and architectural splendor of the places he visits.