Thanks to movements like #metoo nowadays, we are setting new standards of what’s tolerable and what’s not. Women have been abused throughout the past centuries. Rather than calling her strong for enduring so much, she became popular as the weaker sex. Now, it is the 21st Century, and we need to change.

It is the animalistic tendency of humans that makes them glorify themselves and devalue everything else that is not directly related to them. We build barriers based on gender, race, ethnicity, caste etc. It is only after breaking these barriers that we would become completely human. The first and the greatest barriers of all these is that of gender, we cannot expect humanity to evolve any further without giving equal rights to women.

When society confers equal rights of safety and security and grants freedom for everybody why there should be a hue and cry to provide additional protection to women? The answer lies in our societal outlook based on sexuality and gender bias where women are considered weak and undeserving; a society that has strongly supported the life of a woman always under the guardianship of father, brother, husband or son since ages. It failed to respect her wills and wishes restricting her in leading a dignified life. Protection of women was there but in the guise of subjugation.

In today’s hi-tech age, when women are moving neck-to-neck with men, the society is finding tough to cope up with these radical changes. It is not easy to get rid of pre-conceived notions centering on the stereotype feminine role ingrained in minds for centuries. It is true women are leaving impressive footprints everywhere. Men dominated workforce is slowly giving way to highly performing women force. The waves of women advancement have invaded all domains.

Respecting her the way she deserves: 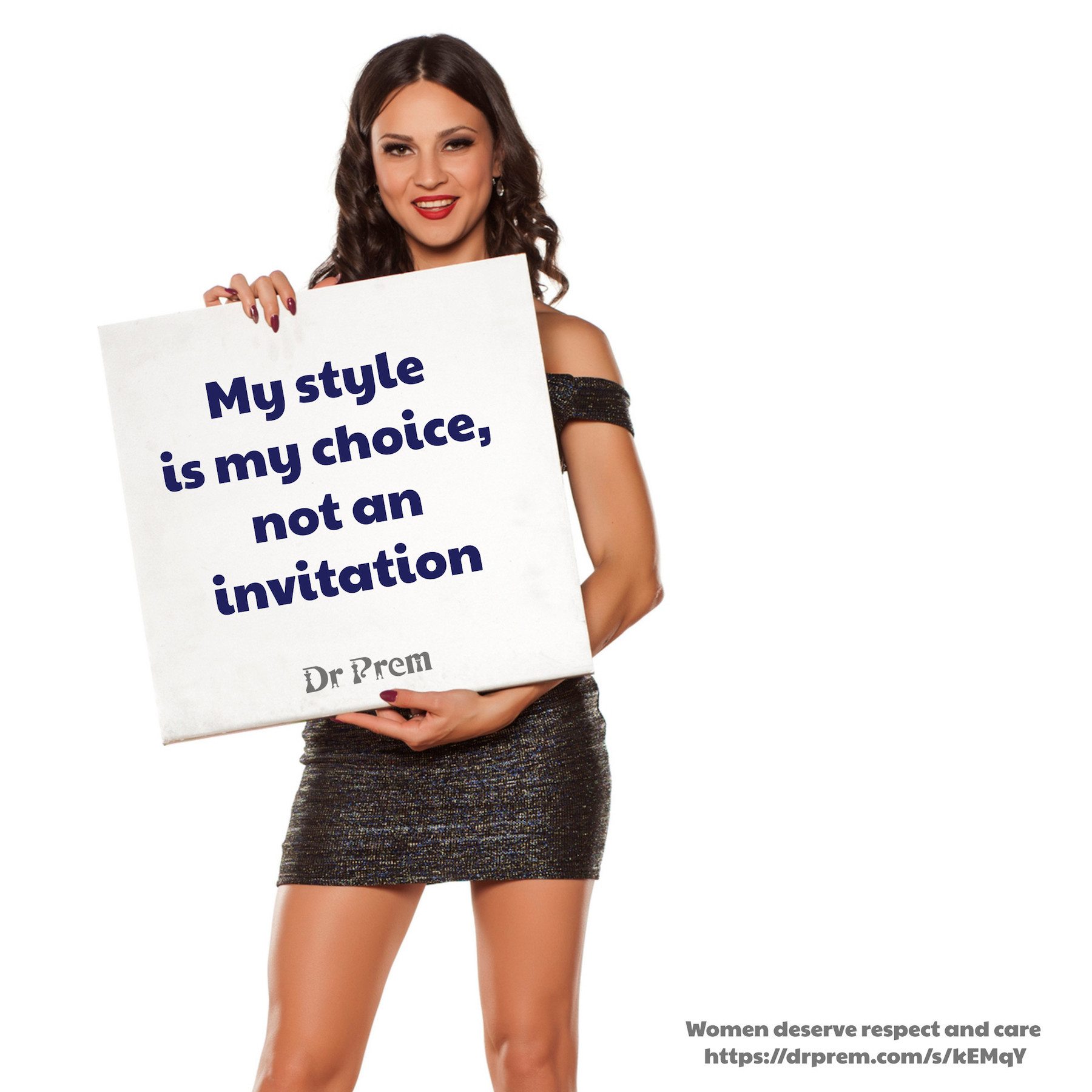 Her style is her own choice:

Her style of living is entirely her choice. She should not hesitate while choosing a dress or food or even a career! What is wrong if she prefers to be a commando? It is her life and she can frame it according to her needs and wants. She has the right to fly with her dreams. 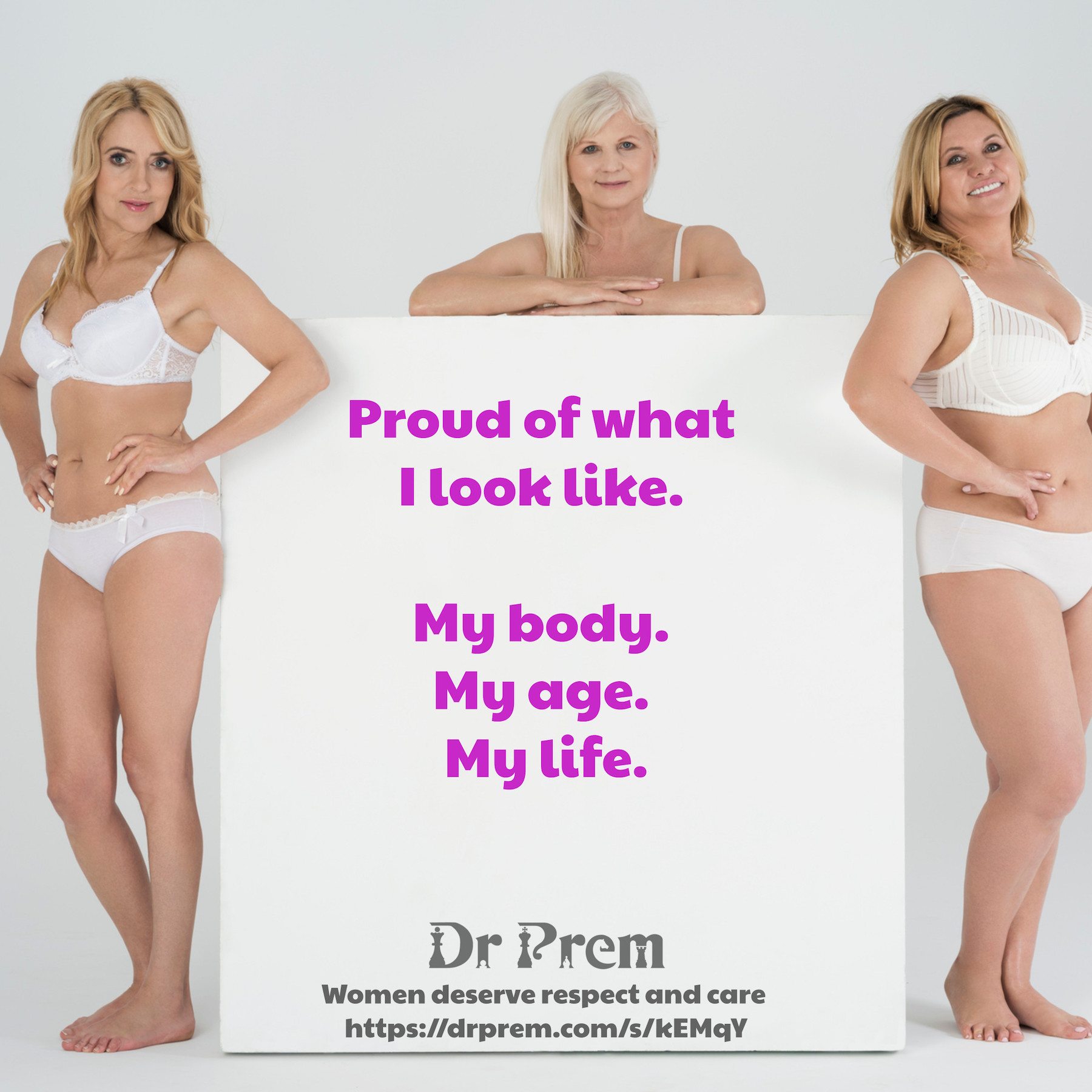 It is her body after all:

She has the right to shape her up to her self-satisfaction regardless of her age and color. It would be wrong to consider that she needs to maintain herself to remain attractive to the opposite sex. Maintaining body fitness and shape is her sole prerogative considering the health aspect.

She is not to be stared at:

Appreciating beauty is one thing and ogling or staring with cheesy eyes is different. This is a serious mark of disrespect. Women do think it wise to ignore such ugly stares but this trend should be outrightly condemned in society. Once this becomes the norm, respect towards women will grow naturally. 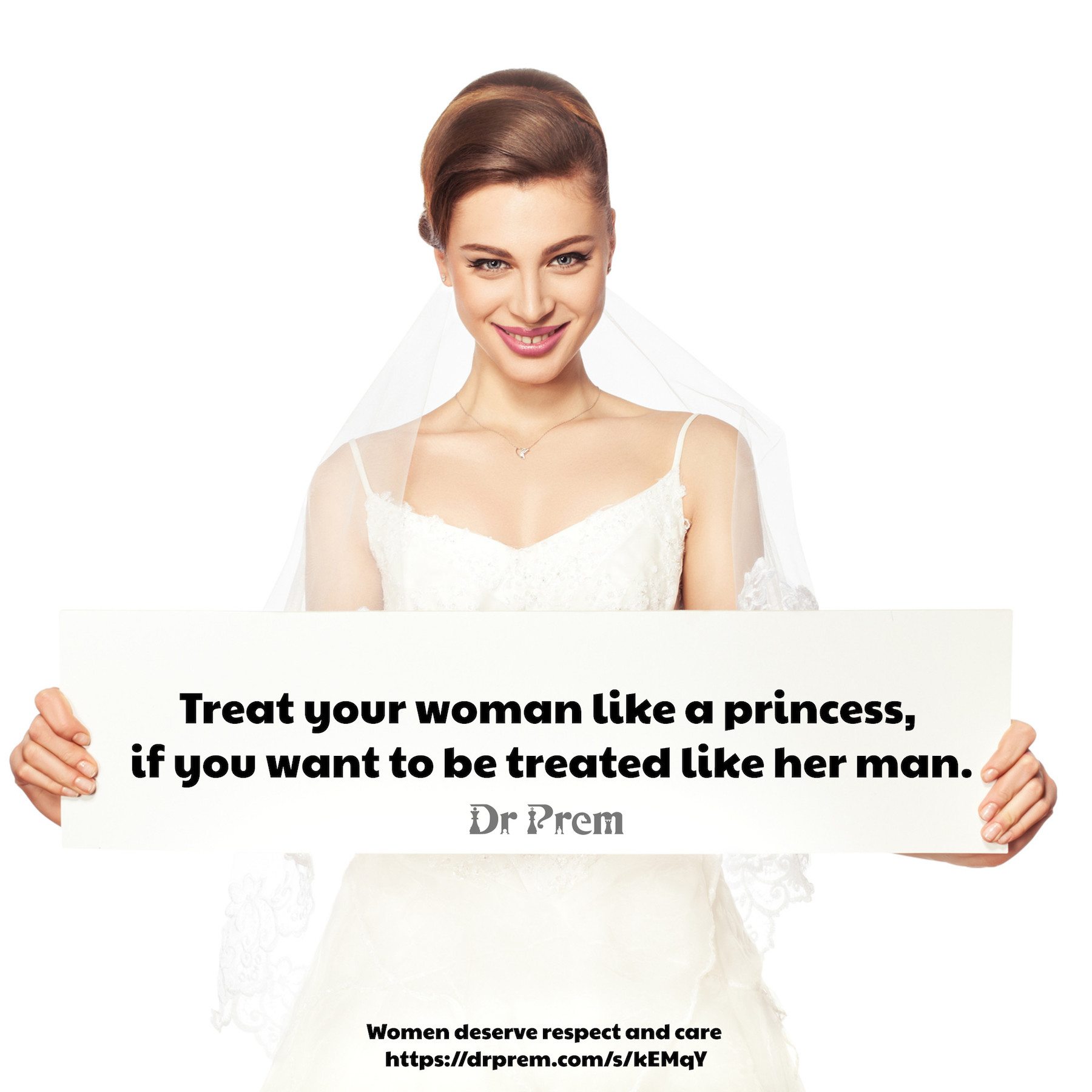 Shower her with the same respect and care as you would like to be treated being her man. Make her feel special and respect her as an individual. Be proud to have her. 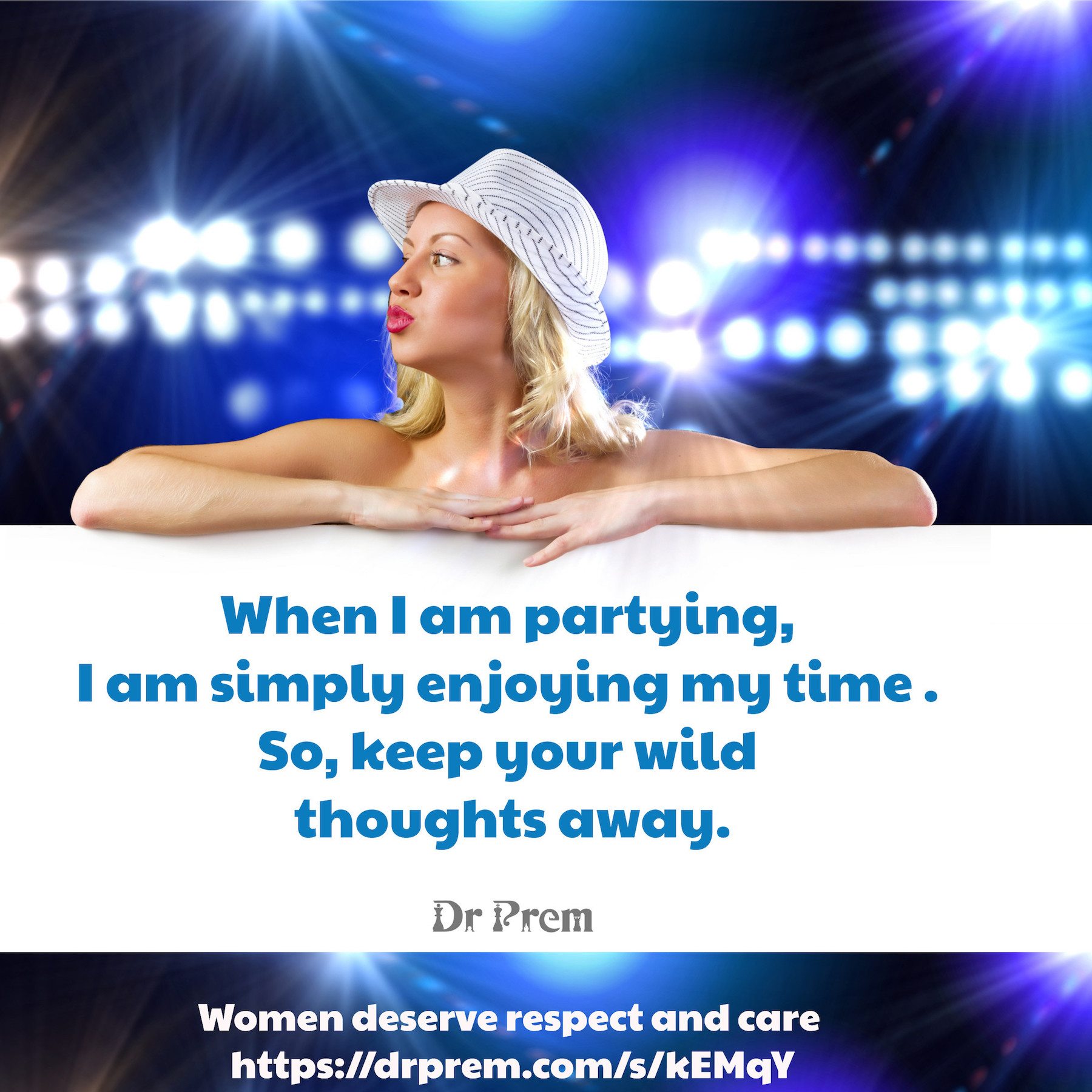 A woman partying is not an opportunity for anyone:

Our society is still far away to accept this in good spirits. If a woman parties with her husband or boyfriend, it is acceptable. But when she is enjoying alone, it would be utterly wrong to take an undue opportunity. 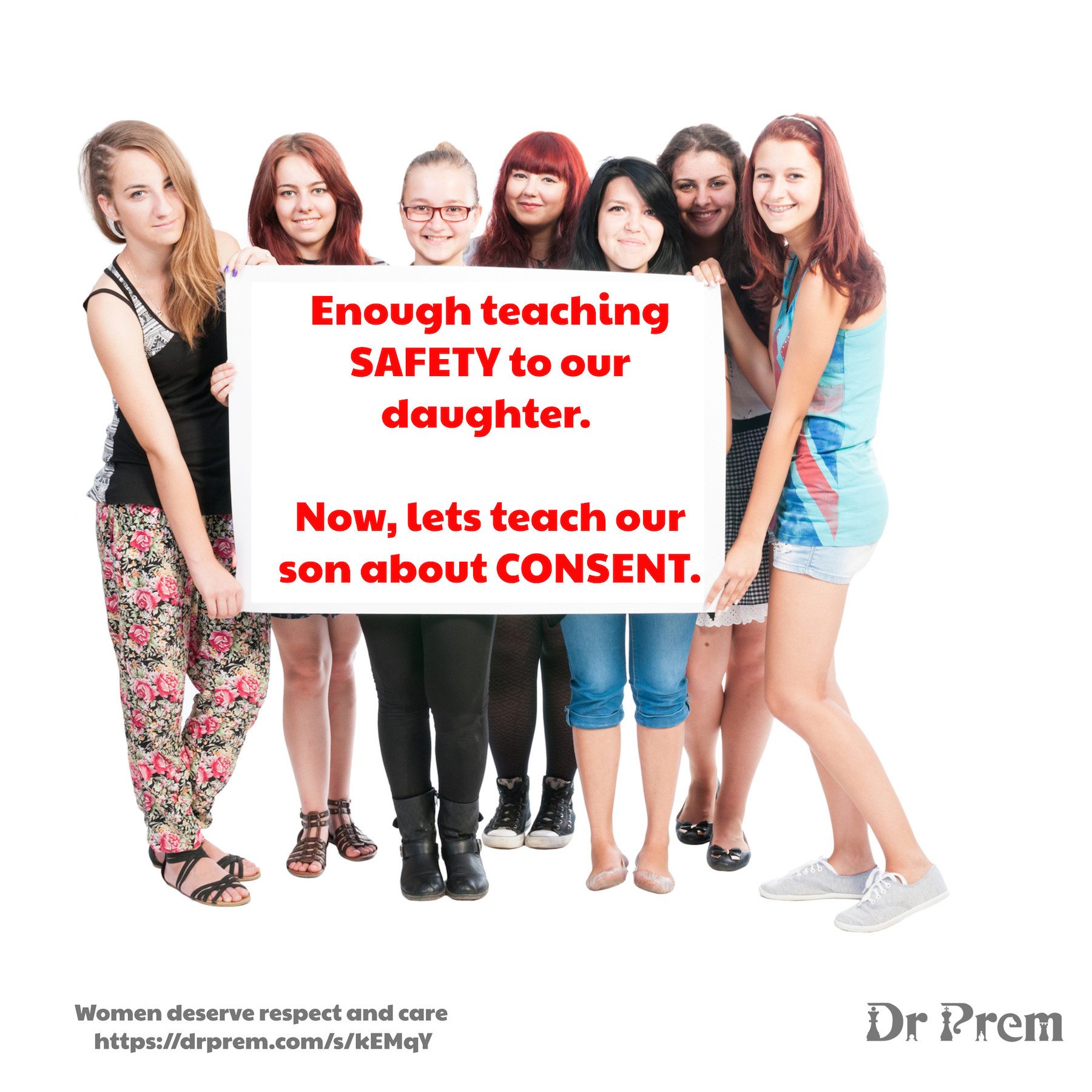 It is time to teach our sons about consent:

Daughters have been taught enough about the safety aspect. The time is high we teach our sons about the consent. A woman is not an object of lust. A woman choosing to be single should not be considered as anybody’s thing. It is shameful to the society where women always have to dwell fearing outrage of her modesty anytime anywhere. Wherever she goes, she must be with a group or accompanied by a male member of the family. Why can’t she enjoy the freedom of going anywhere she likes alone? 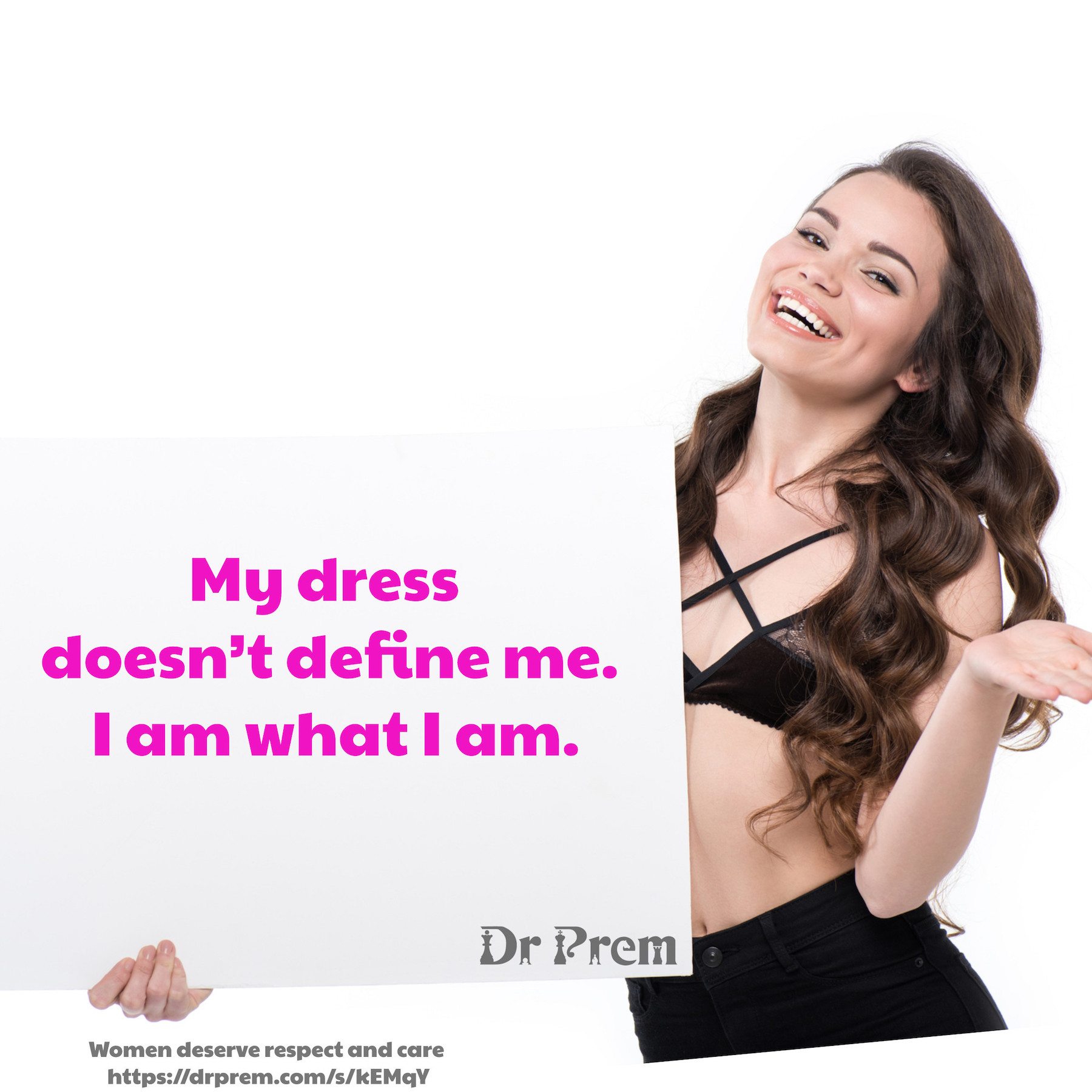 Her beauty is more than skin deep:

Dressing is entirely her choice. That does not call for body shaming or catcalling. Know her nature, her traits before jumping to a conclusion only because she is wearing short clothes or crazy outfits.

She can work till late hours if she wants:

Corporate women have to shoulder more responsibility and their presence may be required anytime even beyond the scheduled hours. She may often return home late just like her father, husband or brother. 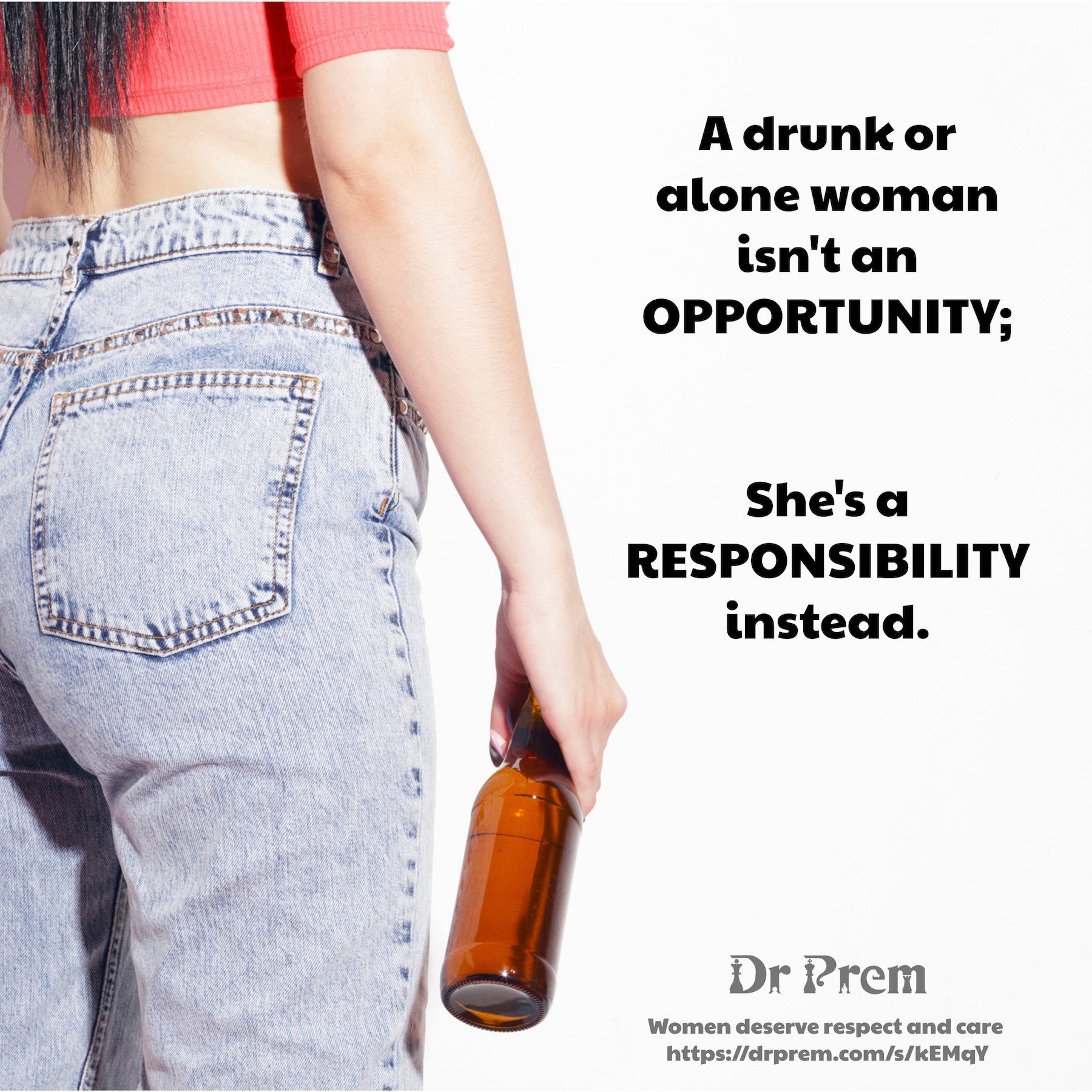 A drunken woman is not open to abuse:

This may be accidental. Nobody judges the reasons behind but takes her an object of abuse. On the other hand, it should be looked upon as a responsibility. She should be guided home or to a proper place of safety.

A woman alone is not an opportunity for men:

A woman can live alone by choice. It is her way of leading her life. That does not permit men to sneak in for an opportunity. 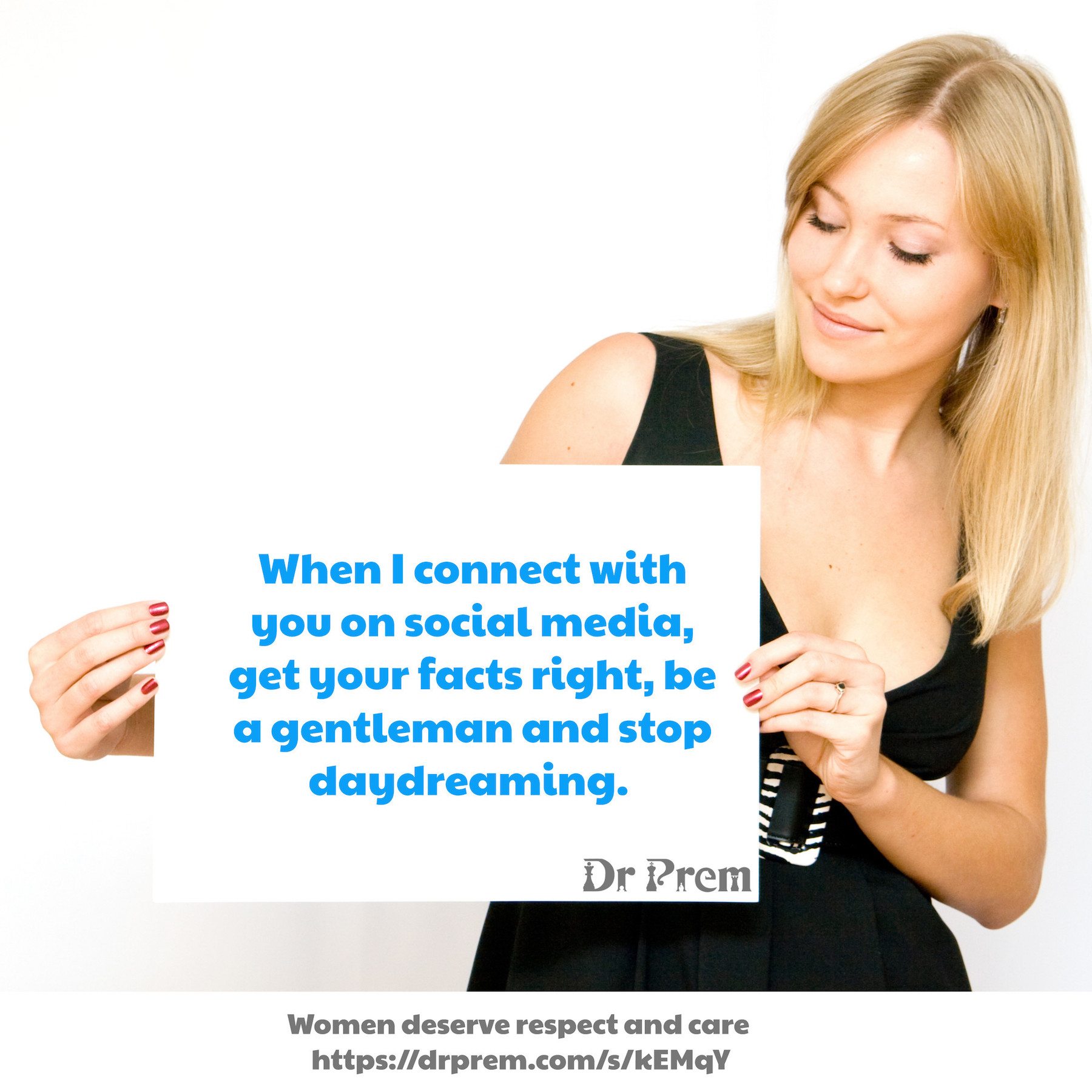 A friend request from a woman carries only friendly intention:

If a woman sends a friend request in social media, it means she is interested in friendship only and nothing more than that. It is expected that men should maintain their self-esteem in honoring the friendship instead of daydreaming about something else. 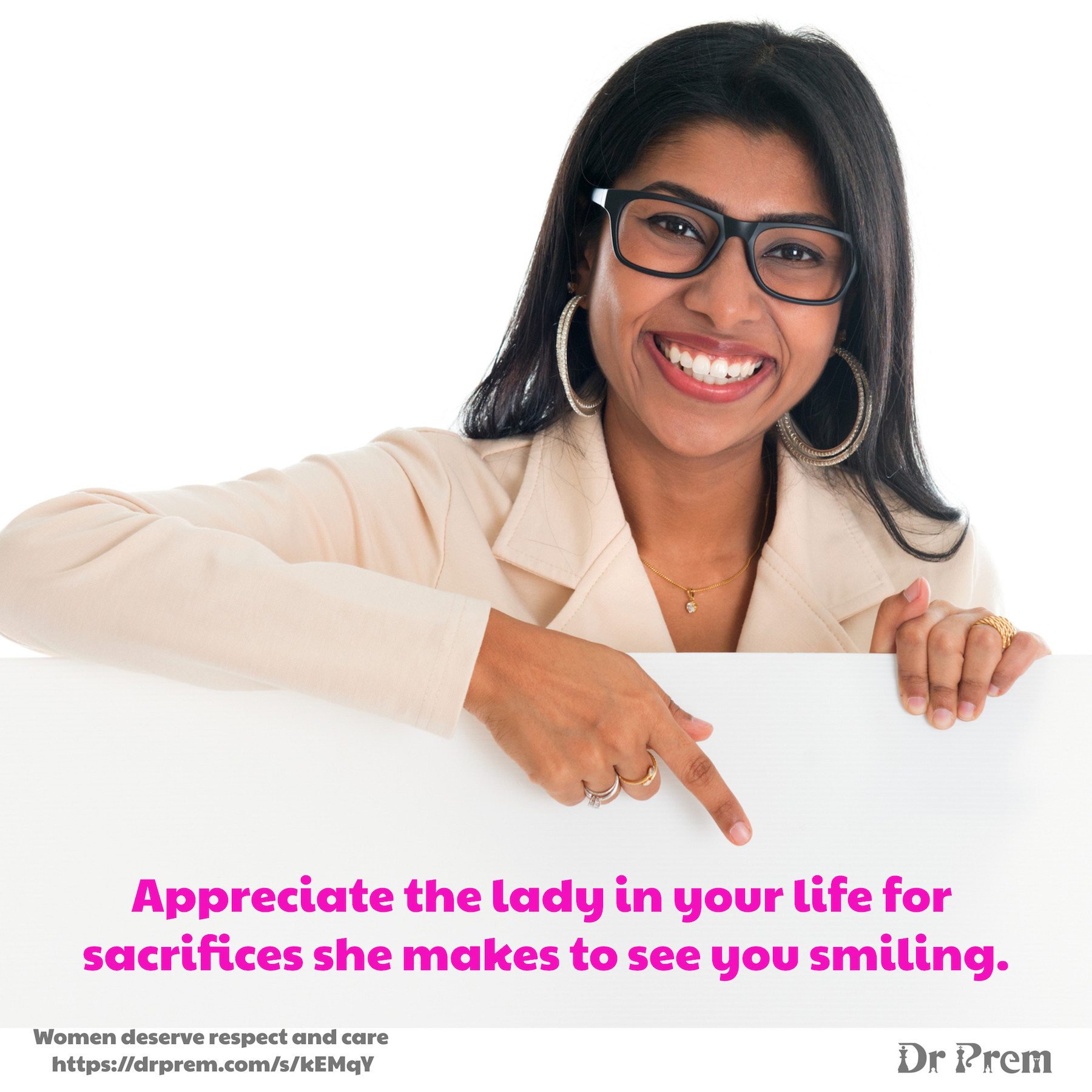 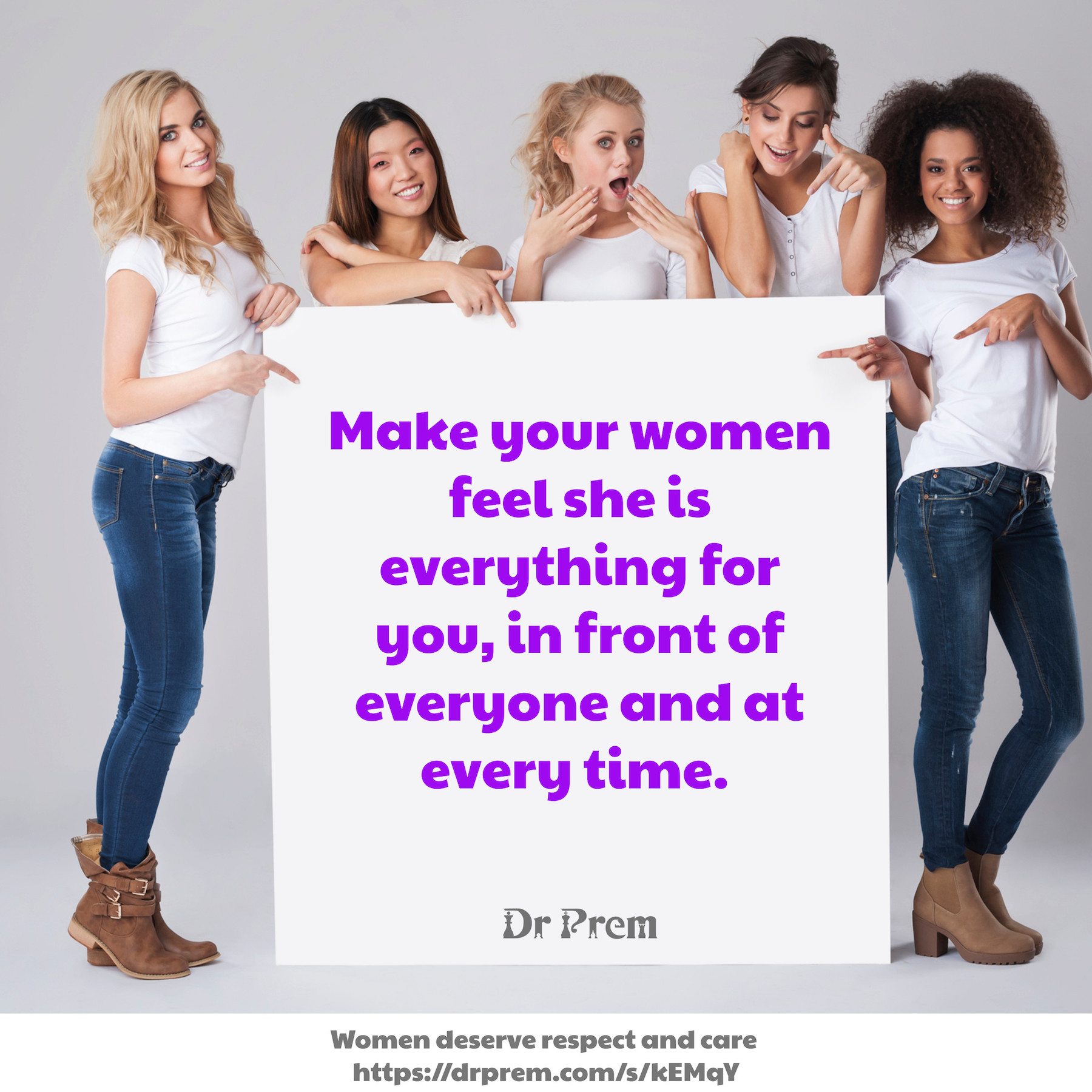 Give her the due importance that she deserves. Do not feel ashamed to show her importance in front of everybody whether in your friend circle or family members.  She is not only there for you to offer her services according to your needs and wants. Her requirements too should be given due importance. 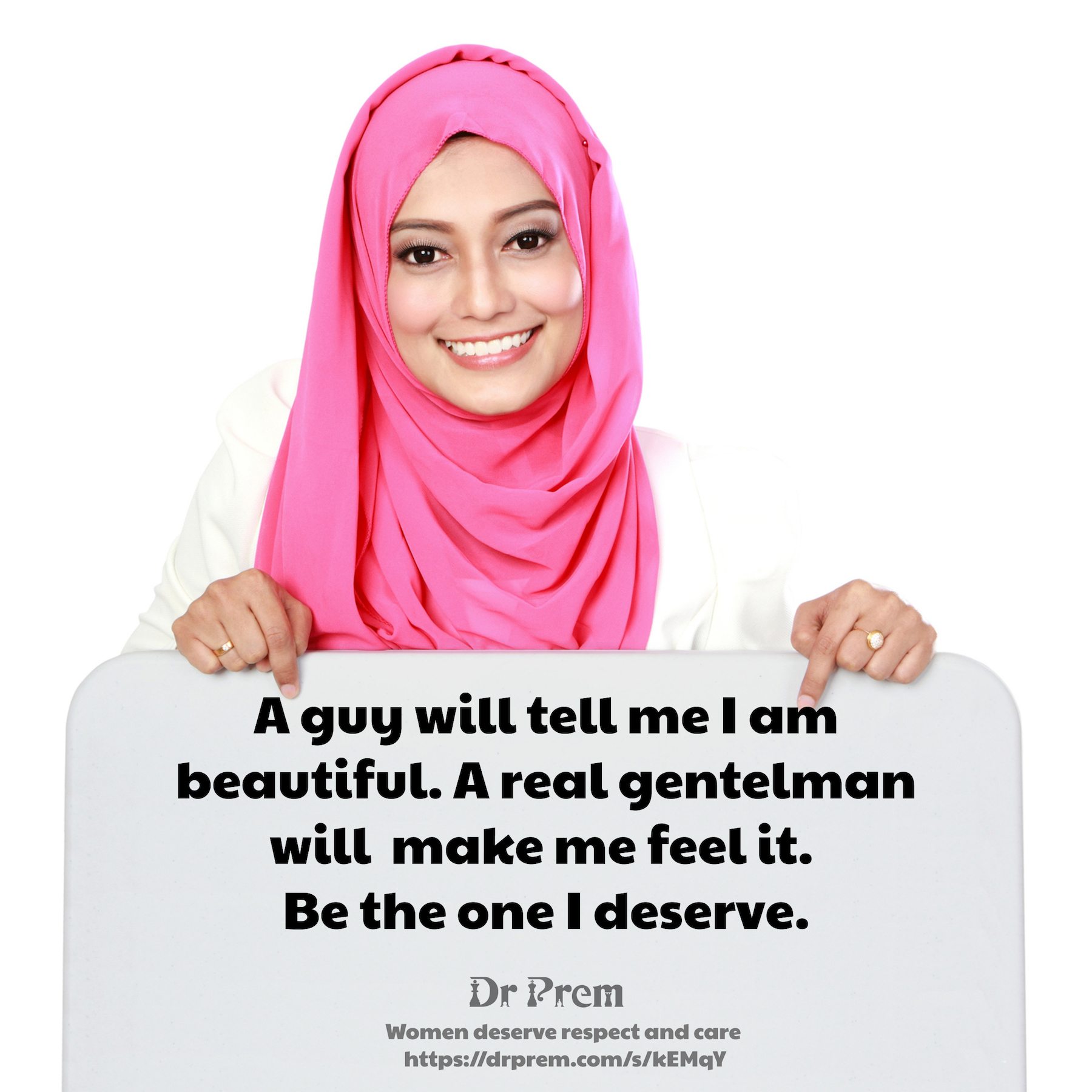 Women are beautiful – You need the eye to discover it:

It is not just about praising her physical beauty but discovering her latent beauty. Be the understanding gentleman to discover her amazing internal beauty and give the appreciation she deserves. 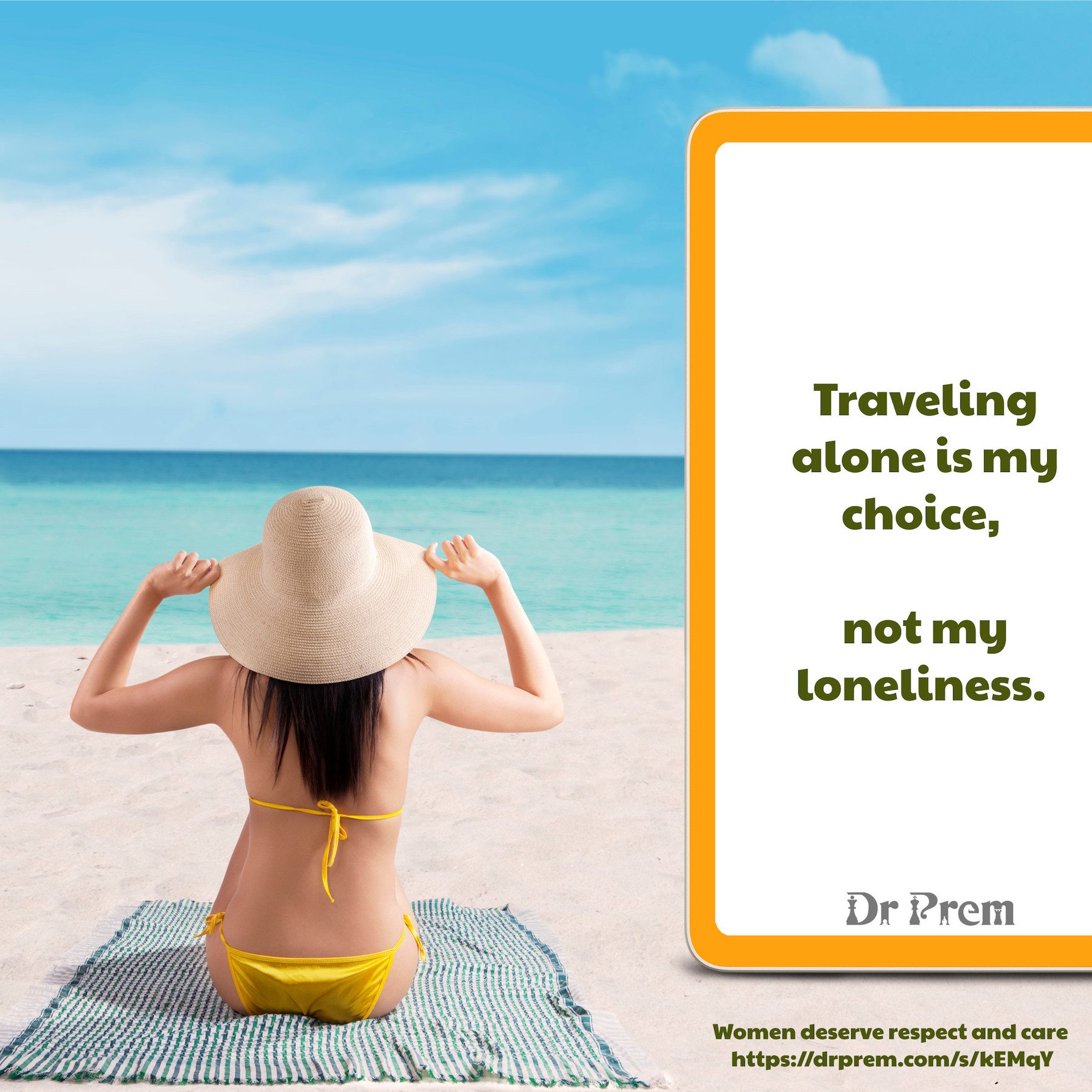 This is not a compulsive outcome of loneliness but a great way to spend time with one’s self away from the known circle. Solo female travel is on the rise than ever reports Conde Nast Traveler. 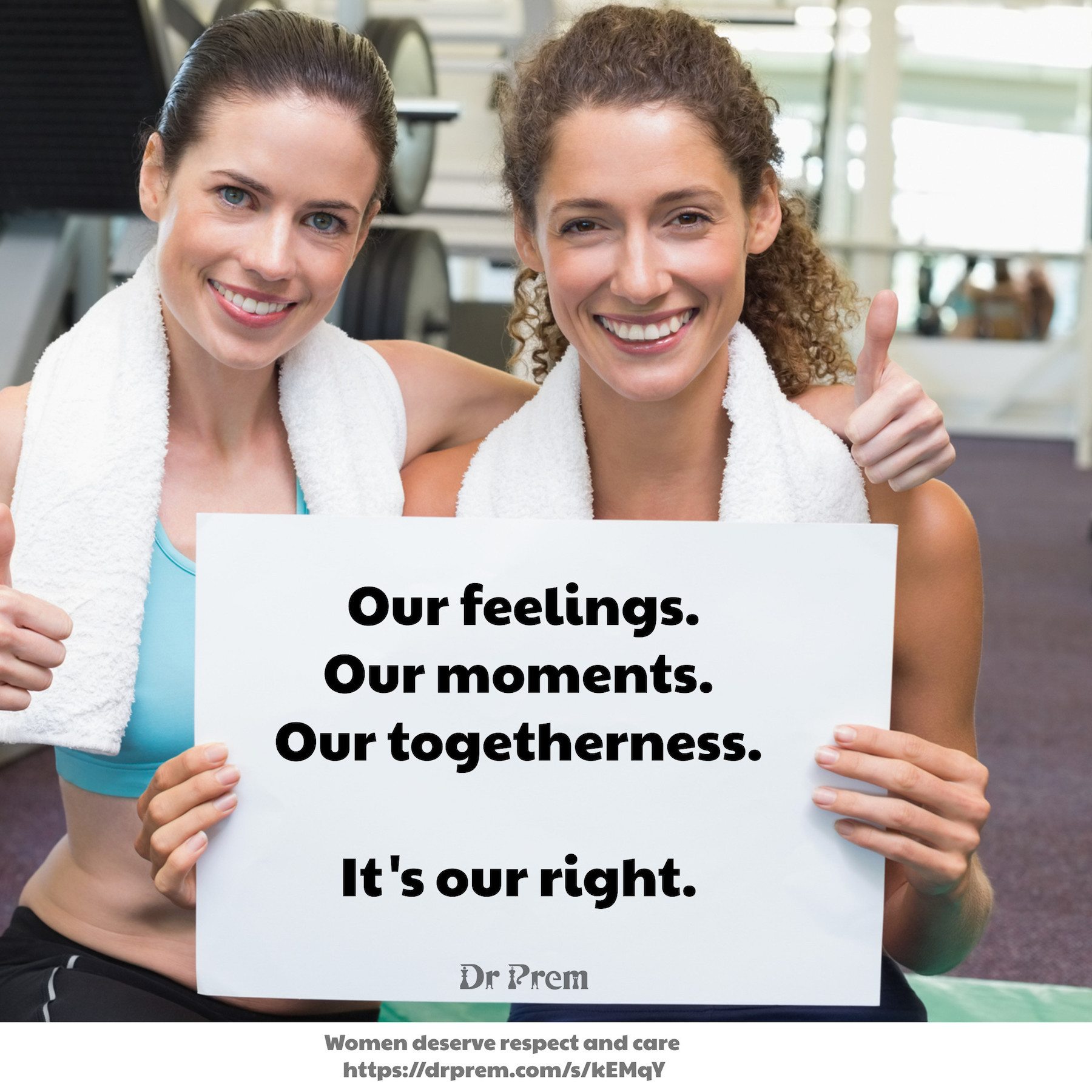 Her Sexual orientation is her choice:

Women have the liberty to choose partners even if it is the same sex. Sexual orientation is an individual trait. You may not like it but that does not give you the right to intervene in other’s sexual preferences. They are not the objects of ridicule. Stop shaming them and respect their togetherness and privacy. 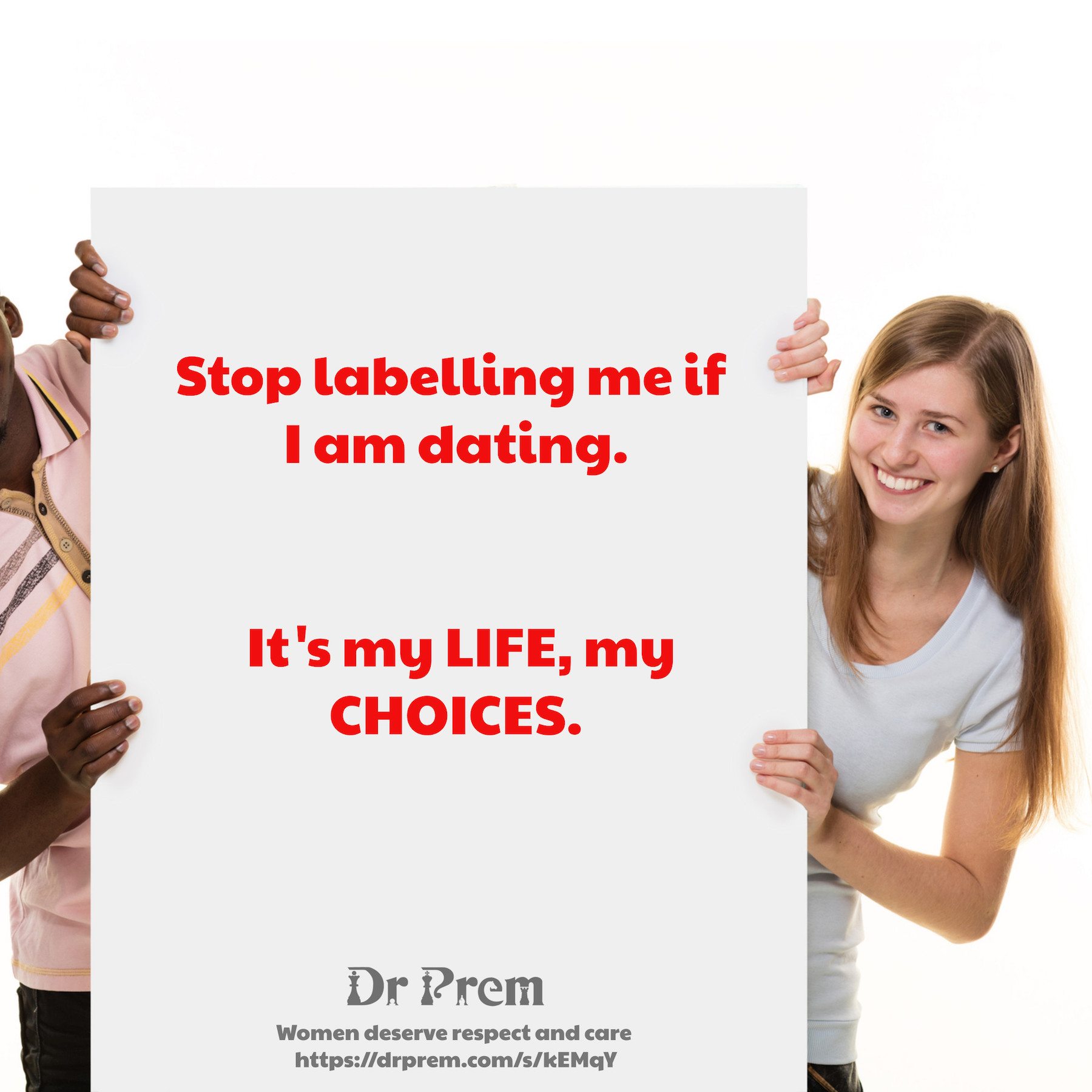 If a woman is dating, it is her choice:

Women too deserve this privilege. It is not that men can only propose for a date and go out with a girl of her choice but the opposite should be accepted as well. So it is time to stop labeling women who are dating. 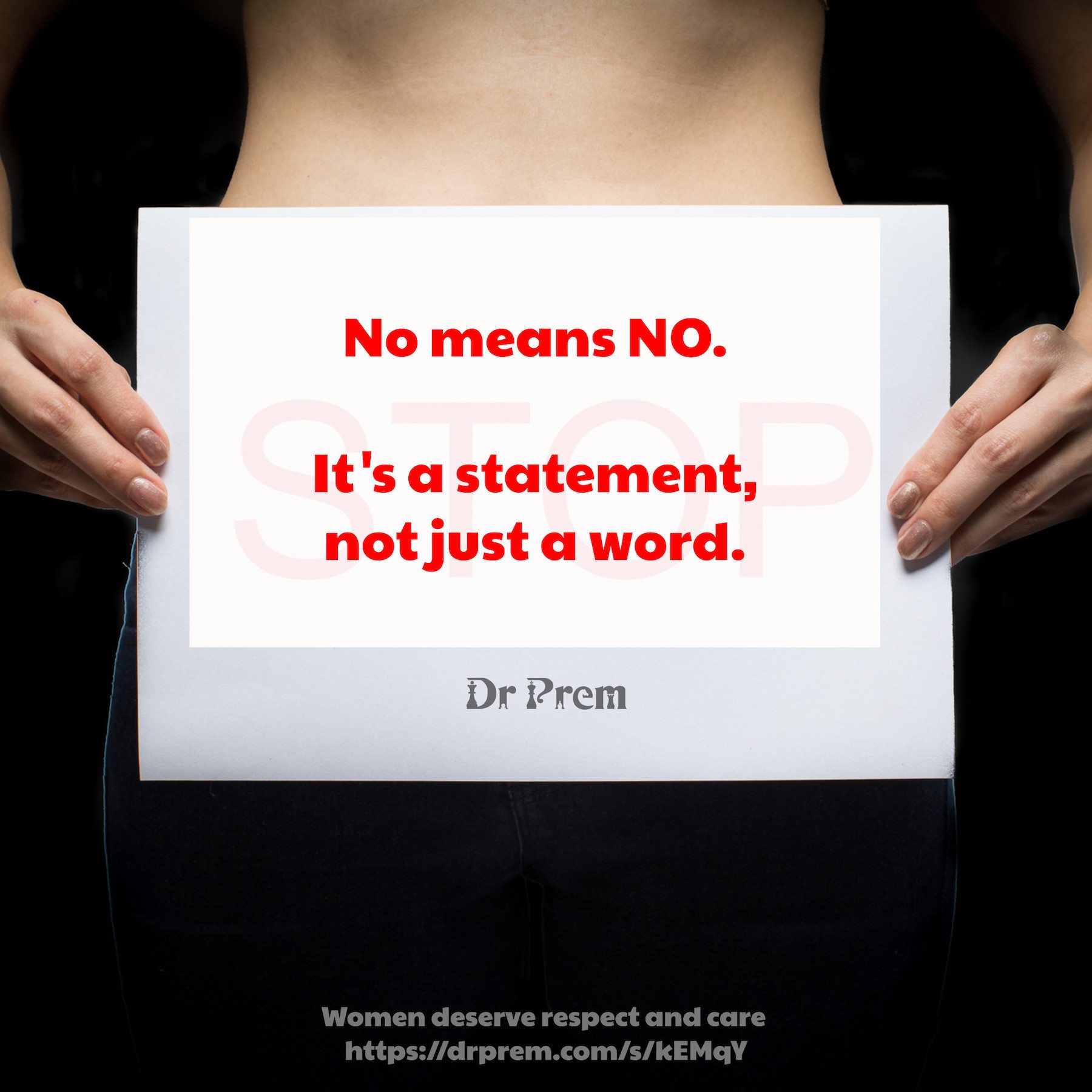 It is not a word but a statement. None can force a woman for anything be it money, service, company or sex not even her family members. The society should learn to respect the woman’s choice and her decision.

Respect woman not just as a woman but a human being:

Respect towards women would only evolve if the society can abolish the gender based demarcation of superior and inferior. Everybody in the society is equal and deserve equal freedom. Realization of this would create a protective society without the requirement of any superficial protection for women. It is time to respect the womanhood letting go the regressive age-old beliefs not only on this Women’s day but for the remaining 364 days as well.

But sadly enough, even in a highly modernized era, lack of women’s safety and security often puts the society to shame. Rising incidences of crime and sexual violence against women never portray a healthy society. Modern society is not ready to accept women’s lifestyle choices like working late, partying late, travelling solo and dressing according to their taste or in choosing partners. 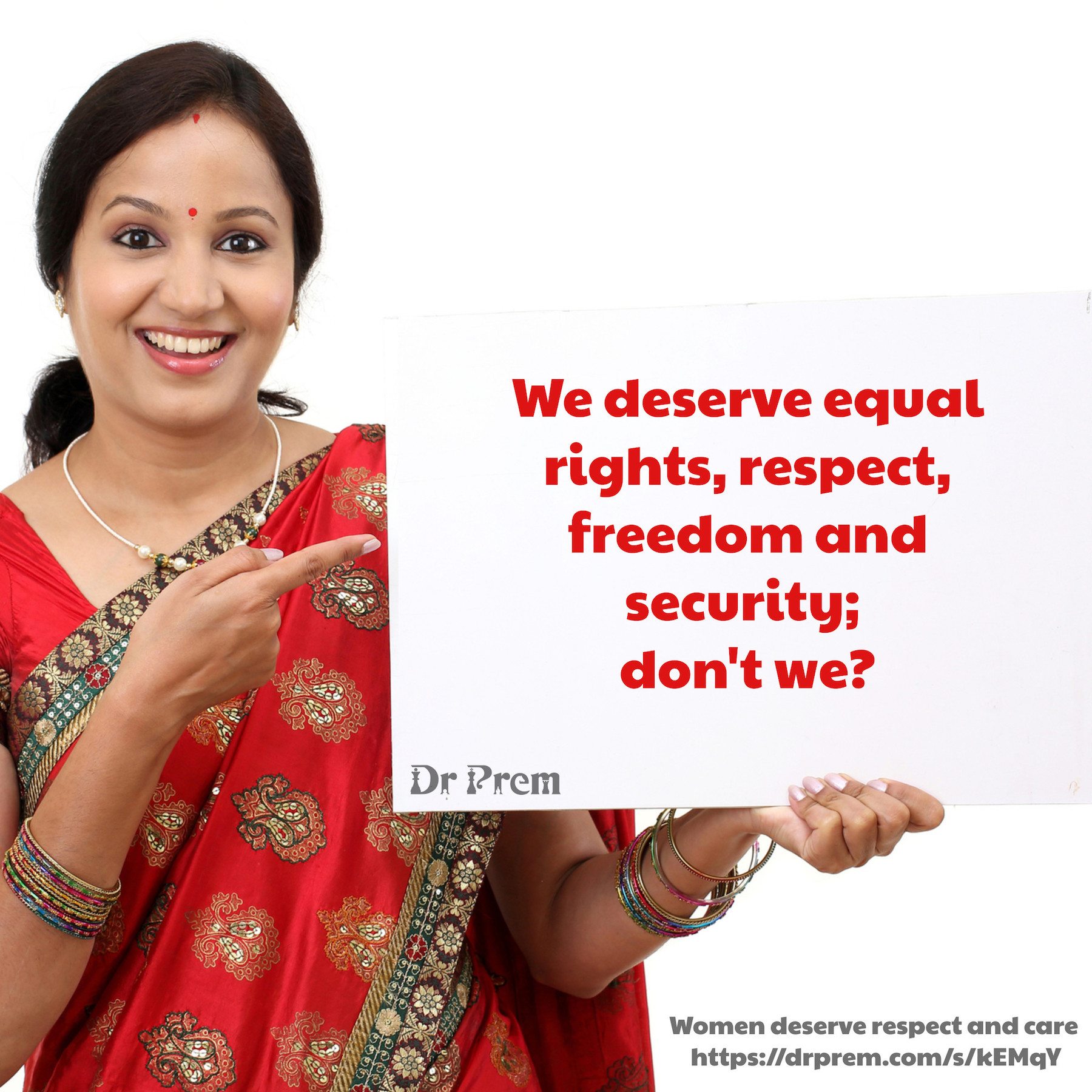 Mere gestures are not enough:

Showing proper gesture may be the first step towards respecting women but that should be backed by actions. Women should be allowed to enjoy equal rights, respect, freedom and security as their male counterparts do. A woman should not think twice about her safety and security while boarding a cab or going out at night alone.

Therefore, the obvious question rises what do we need for women protection or respect?

It is not that men everywhere doubt the capability of women. But occasional shameful behavior by some men, again and again, raises the issue of inadequate security of women. Even stricter enforcement of the law could do nothing better.

If a woman chooses to stay single, her character and femininity are questioned and she is often denied a roof overhead. If she chooses to be an entrepreneur, her ideas are not considered good enough only because she is a woman.  Aren’t these out of sheer disrespect? These clearly label women as incapable and undeserving.

It is high time to break the stereotype:

Men can also be good caregivers and women can don the role of a caretaker with equal capability if not more. Women are smart drivers and while proposing their partner, their demeanor is worth replicating. They are smart enough to fix all broken things. They can win arm-wrestling with their brothers and partners. And believe me they can be great financial planners and nurture great entrepreneurial ideas without the support of men! 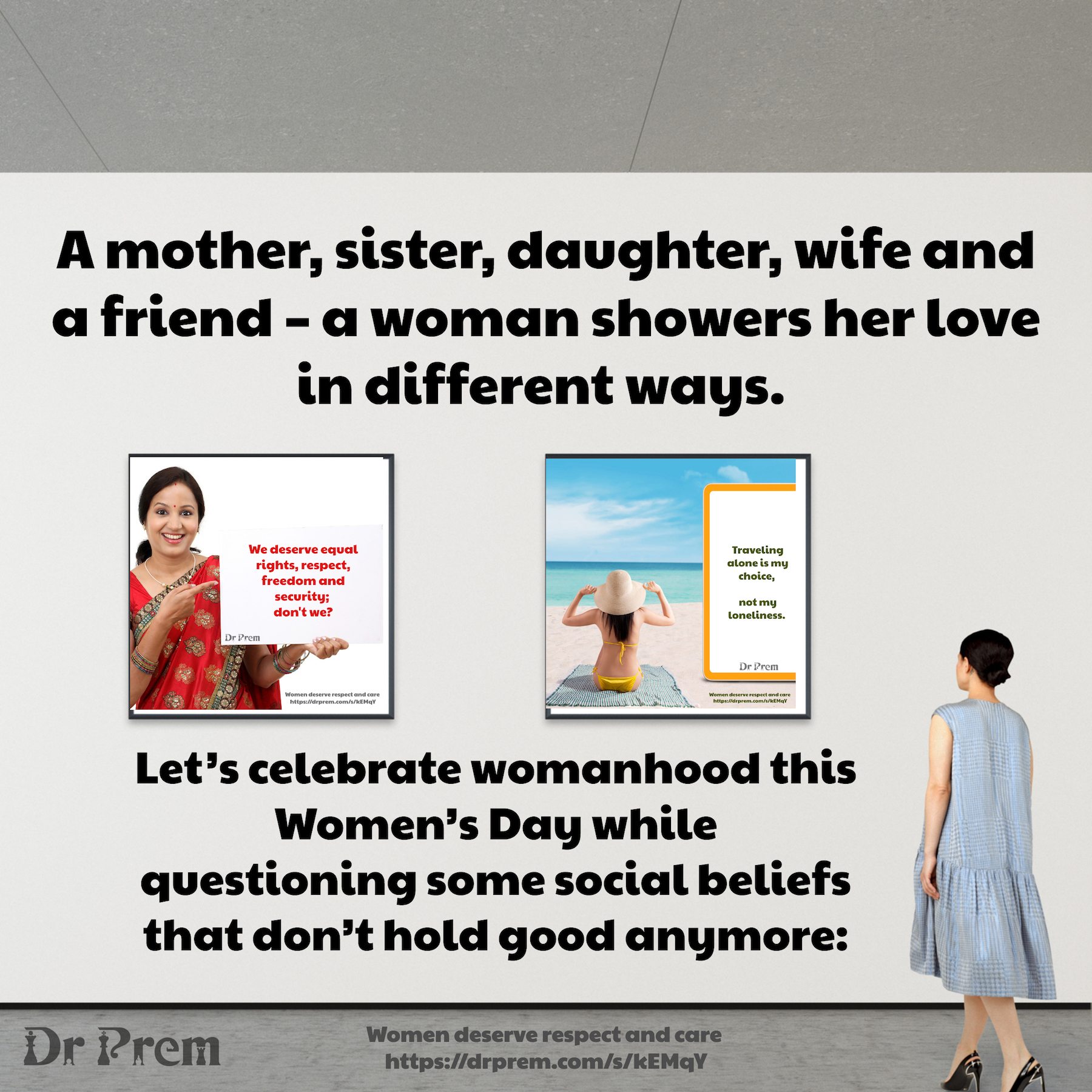 An entrepreneurial outlook is the basic requirement to the success of any business organization, as it fosters the growth of a business, generates new business opportunities, develops leadership qualities and is the catalyst of change. People with such a mindset are full of self-confidence, which is very essential to bring into reality their ideas, which might not seem to be good at once. END_OF_DOCUMENT_TOKEN_TO_BE_REPLACED

Although it may look like any other idyllic mountain city, Boulder is an entrepreneurial powerhouse that has experienced tremendous growth in this sector over the last decade. It can be noted that this small city had at least 6 times more the number of high tech startups per capita than the country’s average. END_OF_DOCUMENT_TOKEN_TO_BE_REPLACED