Anyone born in the 1980’s knows the famous Hollywood sci-fi action movie, Robocop. The movie has a superhuman cyborg single-handedly clean Detroit of crime and taking down criminals. This movie not just did exceptionally well on the box office to become one of the most successful movies to be ever made and winning a number of awards, but it also made the common man want one such super cop in the city to get rid of crime and criminals. Come 2014 and this wishful thinking has taken shape and become a reality with the ‘Knightscope.’ 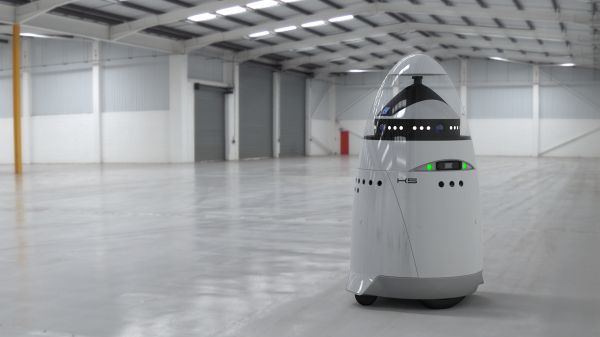 The Knightscope, which is still in the beta test phase is a fully autonomous robot which will be placed in schools, malls and neighborhoods. You read that right! This 5 feet tall, 300 pound robot can detect crimes using a video camera, radar, thermal image sensing, air quality sensors, various other sensors and a microphone. Knightscope fuses autonomous robots and predictive analytics providing a friendly yet commanding physical presence while gathering real time data through its numerous sensors.

This data collected is then processed in an analytic engine, which is combined with government and crowd sourced data sets. The Knightscope, also called the K5, will notify and alert the local authorities if it detects a temperature change or an abnormal noise. This robot will also be integrated with the police database and can identify and known criminal with its facial recognition capabilities. The K5 intends to help and assist officers, improve response time and keep them out of harm’s way. Let us take a closer look at the unique features of the K5. 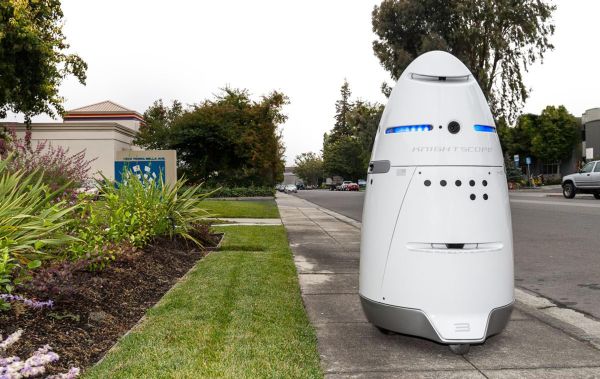 The K5 can travel with a speed of 3-5 miles per hour and can reach up to a maximum speed of 18 miles per hour. The software is designed in a way such that it remains in the defined region and does not wander beyond its periphery. Its optical character recognition converts scanned images of alphanumeric text into machine encoded text for comparison with the ‘Hotlist’ in the database.

The K5 comes with a high definition camera that can capture a 360 degree stereoscopic view. It comes with a microphone that is extremely sensitive to sound and can capture and record audio of a normal range of 80-90 decibels. If the sound suddenly goes beyond 100 decibels, it will send an alert notification the nearest police authorities. The ultrasonic sensors are used to detect speed and distance. 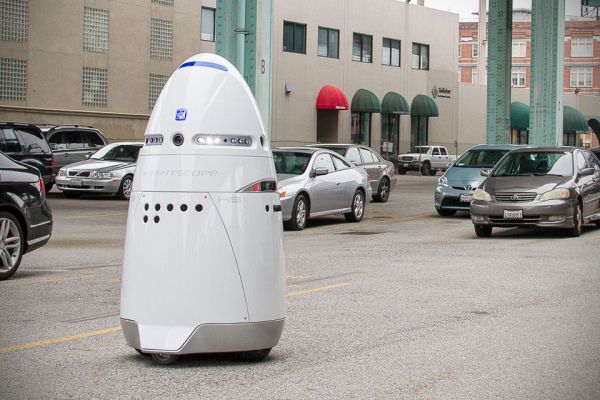 The K5 has sensors to detect and record temperature and the quality of air. The thermal imaging sensors detect and measures in the minute difference in temperature. It also communicates with the microphone to see if there was a bright glare after a loud noise, possibly from an explosion or gunshot.

Built by a team of professionals with experience ranging across a number of start-ups and educated at the top universities, the Knightscope is an autonomous data machine with a physical presence which autonomously protects lives and property with an array of advanced sensors and technologies.

The K5’s dynamic and rugged design approach is built to operate in the outdoors while most of the current security cameras and systems are fixed and are focused on the indoors. The K5 are intelligent systems and protecting themselves from system failures and power drains. With the cutting edge technology used in developed the K5; this robot is definitely on its way to transform our perception of a security system. So watch out – Robo-cop is coming to your town soon!

There is no doubt that the K5 would be a boon to security measures and would have a huge role to play in the future of city safety. Police forces are definitely open to such an idea and this is bound to get the makers a chance of mass production. 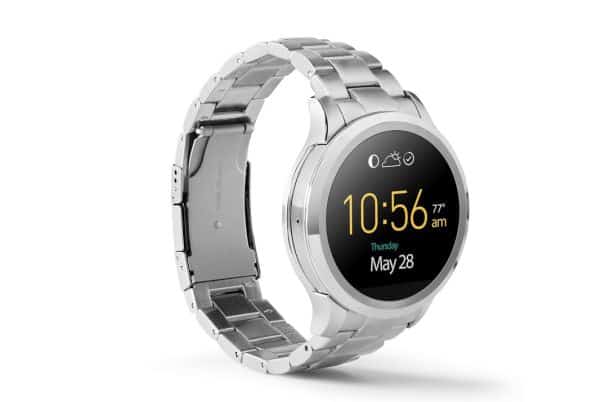 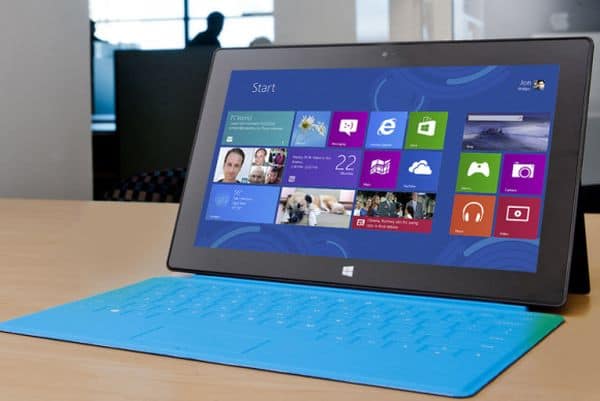 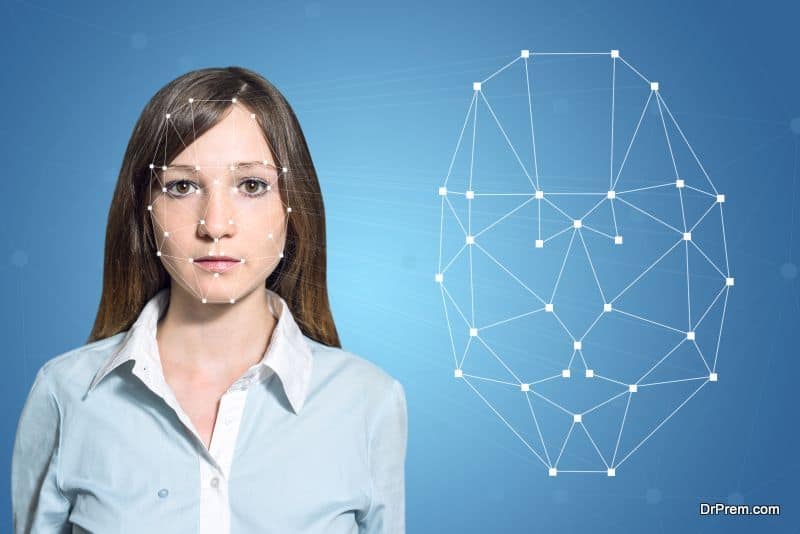