A new study claims that postmenopausal females may be able to reduce their blood pressure and the level of cholesterol by just eating soy nuts.

The lead researcher of the study was Francine K. Welty. The researching team studied — nearly 60 post-menopausal females of good health and they were asked to consume two kinds of diets for 8 weeks each.

The first type of diet has 30% of calories from fat, 15% from protein and 55% from carbohydrates, 1,200 milligrams of calcium each day, two meals of fatty fish in a week, and less than 200 milligrams of cholesterol every day.

The other diet consisted of the same amount of calorie, fat and proteins, but the females were asked to consume one-half cup of unsalted soy nuts in place of 25 grams of protein. BP and samples of blood for checking cholesterol level were taken at the starting and at the end of the time-period.

The study was published in the Archives of Internal Medicine.

10 Tips for a regular fitness regimen 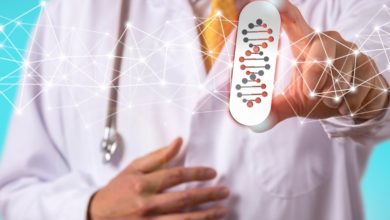