Doctors have given a new ray of hope to the children suffering from cancer, as a new research will allow young girls undergoing cancer treatment in preserving their fertility.

Nearly all cancers are treated initially with chemotherapy that involves aggressive intake of anticancer drugs. The cancer cured by chemotherapy at such a young stage cures around 70 and 90 percent of patients but the aggressive chemotherapy often leaves the children sterile.

But now scientists have been successful in extracting, maturing and then preserving the eggs from girls as young as five in an attempt to allow the children with cancer to become parents when they grow up.

However some experts believed that the eggs in the follicles of young girls before they attain puberty were too immature to be extracted.

But later an Israeli team led by Ariel Revel have discovered that eggs from girls with cancer, those aged between five and 10 years could be extracted which could be cultured in a dish to make them viable.

On his work related to the research, Ariel said:

No eggs have yet been thawed, so we do not know whether pregnancies will result. But we are encouraged by our results so far, particularly the young ages of the patients from whom we have been able to collect eggs.

Ariel Revel from Hadassah University Hospital in Jerusalem who carried the research will present complete details of his research at the annual meeting of the European Society of Human Reproduction and Embryology in Lyon, France, this week.

Hunger: The major obstacle in the fight against AIDS! 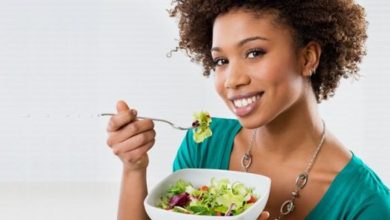 How Mediterranean Diet is Beneficial for Your Health