In contrast to the popular notion that testosterone is present only in the male body, the hormone is present in both male and female bodies, albeit in very small quantities in the latter. It is made from both the ovaries of women and the testes of men in addition to being produced by the adrenal glands in both bodies. Testosterone is helpful in maintaining the body’s muscle mass, bone density and body fat levels in addition to increasing libido in both sexes and enhancing the male characteristics in young boys. As such, low levels of testosterone would have several effects on the body, some of which are mentioned below. 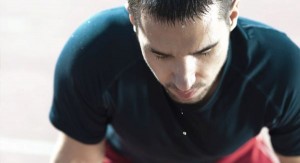 Low testosterone levels have been linked to reduced libido in individuals, and can cause conditions like erectile dysfunction in men. Extremely low levels of testosterone can also lead to a man experiencing feminine characteristics, including the growth of extra breast tissue (a condition called gynectomastia).

Men with low testosterone levels would have lower energy levels when compared to other individuals, as a result of which they would experience increased fatigue and exhaustion at regular intervals. In most cases, this would reflect in the individual’s work patterns wherein he would not be able to work for extended periods without taking a break, or would not be able to stay awake during the evening hours.

Low levels of testosterone in the body can lead to a reduced muscle mass in men. The hormone is responsible for increasing fat release and improving insulin resistance, factors that would increase the muscle size and density in the body. In addition to this, it also inhibits the excess production of an enzyme called lipase which would promote the fat cells in the body to store the energy as fat. This would in turn, prevent fat buildup in the body.

Reduced testosterone levels in the body have been linked to an increased risk of contracting conditions like osteoporosis in men. Low levels of testosterone would automatically have a detrimental effect on the bone health and density, especially during and after andropause (the male equivalent of menopause in females). The bones also tend to get weaker with age, and are at their most vulnerable stage between 40-70 years of age. Low testosterone levels would speed up this process though, thereby increasing an individual’s chances of suffering from fractures at an early age itself.

Testosterone is to men what estrogen is to women. Low levels of the hormone in the body can cause several side effects and lead to several health related ailments in the long run. Men with low testosterone levels would therefore, need to take these points into consideration and opt for the necessary medications, treatments and therapies to handle the condition.