Burgers are undoubtedly the most loved and cherished edible items throughout the world. Though it commonly finds its way into the menu of most teenagers, adults too have not been able to escape its charm. However, despite its lip smacking looks, burgers have been found to be notoriously unhealthy and genuinely avoidable. Not only are they considered to be an open invitation to disease but they are also deemed to be fattening due to the excessively high amounts of cholesterol which they usually contain. Nevertheless, the addiction to this fast food has yet not lost any ground. People still consume them with taste and pleasure. Enlisted here are a few reasons which cause them to be unhealthy and unproductive.

Burgers, being the junk food that they are, are known to be massively fattening. With almost five hundred calories on the count, it really doesn’t take much time for them to rake up your waistline excessively. Moreover, analysis has shown, that a burger roughly contains about 22 grams of pure fat and approximately 1200 mg of absolute Sodium! And this does not take into account the accompanying fries and drinks! It collaboratively means, that burgers enhance your levels of obesity, thereby, exposing you to the risk of numerous other diseases ranging from heart problems to diabetes and from breathing disorders to infection vulnerability. For all those who are looking for a nutritional diet, burgers are a strict no-no.

The better it tastes, the dangerous it is

A good taste begins to carve out a vicious cycle that ends only with disease and catastrophe. A high dose of fat, salt and carbohydrates, indeed tastes wonderful. But at the same time, it induces you to eat more, thereby, cutting out on your regular intake of healthy and nutritious diet. It has been found that those who are addicted to fast food like burgers, gradually end up eating less of cereals, wheat, fruits and vegetables than their body actually requires! This gives rise to deficiencies and thus, physical problems.

Though technically, cheese is a haven of essential nutrients including calcium and phosphorus, it is not the case with fast food. Normally, during the preparation of fast food items, cheese is processed. This processing of the raw variety strips it of all its nutrients and loads it with a plethora of fatty acid containing preservatives which are considered a bane for your health. Ultimately, what is served is nothing but a bundle of calories, fat and diseases. Thus, it is considered preferable to avoid adding the much loved cheese slice in the burger, despite your deep craving for it.

If you are already addicted to this unhealthy fast food, it is time you make a decision. Quitting it altogether would certainly offer no solution but it would be advisable to reduce the intake of burgers as early as possible. After all, if there is one thing which must never be compromised with- it is indeed your health.

Could you tell me about some best heart health supplements and food for the fit heart? 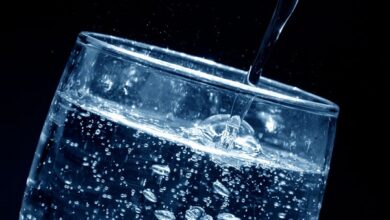 Do you know any best health food supplement for weight loss?