With every new version, smartphones have become faster, stronger and better. They are reaching the point when we cannot do without them, by choice or by requirement. In the future, they would be even more deeply embedded in our lives. They might be running our lives in ways which we cannot even dream about. Check out some of the future mobile phone features you can expect to see in the future. 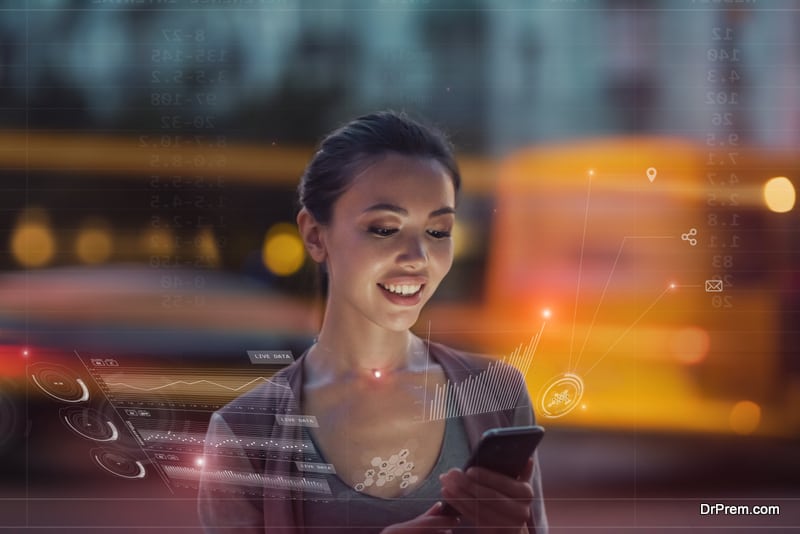 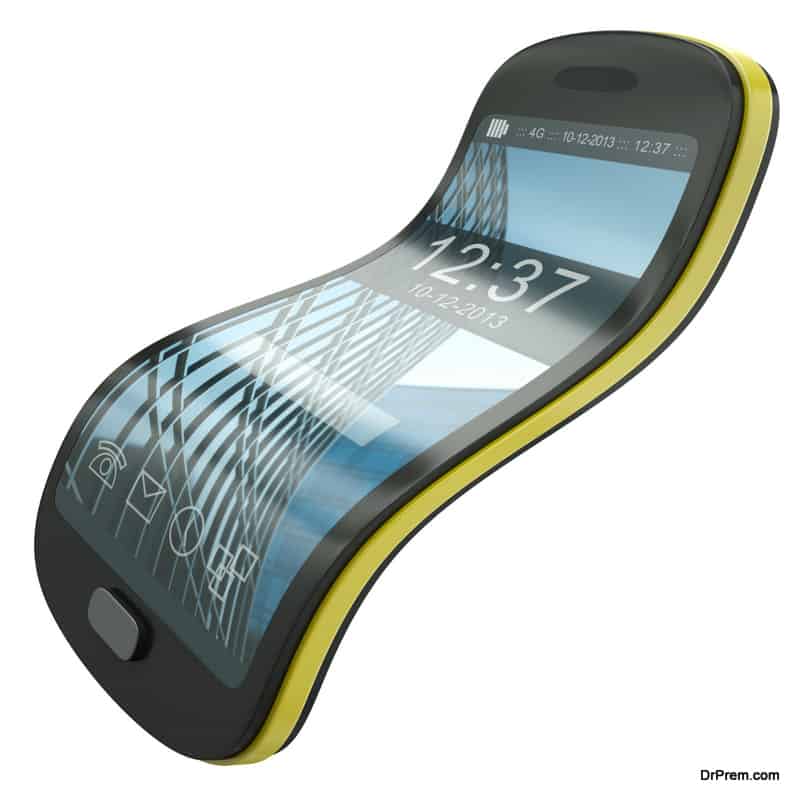 We’ve heard talk about flexible phones a lot from smartphone companies. These phones could be folded up into by the users. The future of mobile technology is going to transform the way we handle our phones. The first of the flexible phones was the Morph phone from Nokia which could be bent, folded and reshaped. What’s more, it could be snapped apart, and then add more modules to change how to use the phone. The Morph could be wrapped around the wrist, stuck to the belt and used as flat screen for videos.

Samsung has also been displaying their concept flexible smartphones at different trade shows. Other companies too are working on the tech, so we will hopefully be seeing flexible phones in the recent future. Some foldable phones are Samsung Galaxy Fold, Rovole FlexPai, and Huawei Mate X. The next step is the stretchable phones – phones you could stretch out to increase the size. The advantage of these phones? Bigger screens for watching videos and smaller size for carrying it around. 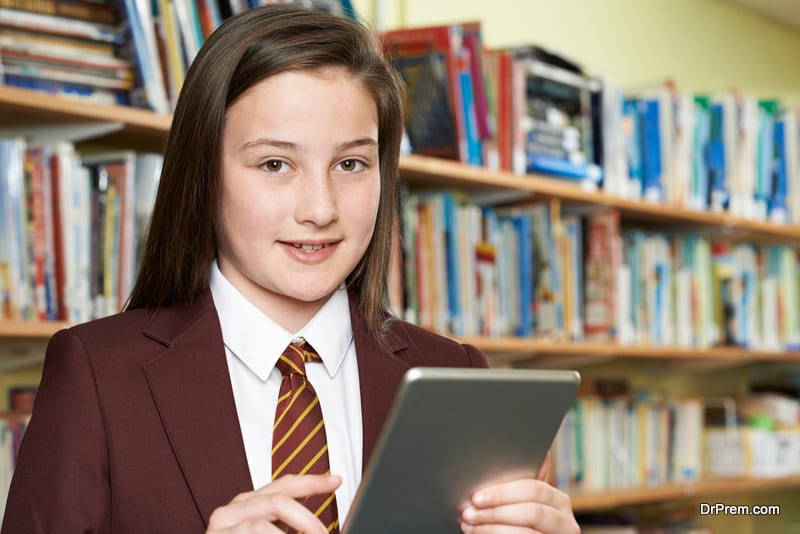 Some of the future smartphone capabilities will have the potential to transform education. They would be used to teach and learn. Almost every school going child owns a phone these days, so the future where the voice recorder and camera can be used as teaching and learning tools.

Smartphones are already being used to send alerts to parents about various school issues, such as classroom changes, truancy, holiday alerts, school apps and so on. But educational phones will go a notch further and help students through their lessons. As smartphones are becoming cheaper, they will be more commonplace and more students will have access. 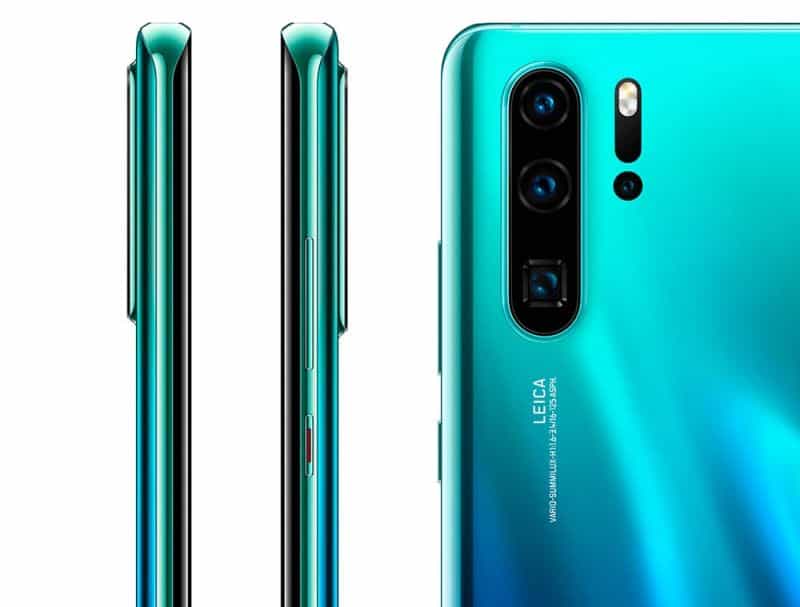 One of the upcoming smartphone features  of future smartphones would be phones which could change color. Right now, you are stuck with whatever color you choose, such as silver, black and white, and these colors are a tad boring. And if you choose pinks, reds and purples, then it doesn’t look professional.

Imagine a smartphone with a transparent black which could absorb light and you could change the color whenever you choose according to the occasion from the settings. So when you’re at a party, you could go for an eye-popping color or select blacks and silvers when you are in a more professional setting. LED lights within the phone could be used to create some cool gradient colors, like the Huawei P30 Pro.

The material of the phone would resemble glass and it will be almost unbreakable, so you don’t have to worry about breaking the phone.

E-ink and OLED in one phone 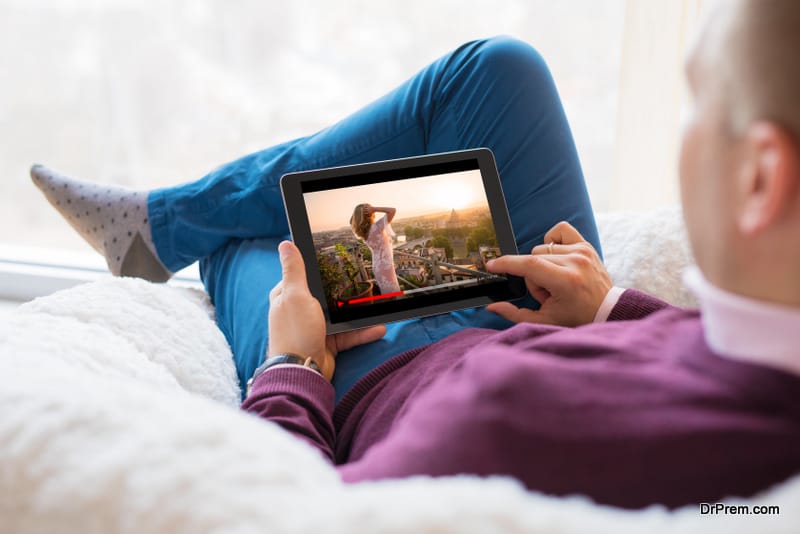 Future smartphone capabilities will be enhanced by integrating OLED as well as E-ink in the same smartphone. Smartphones these days have OLED displays to watch videos and play games. OLED displays are not easy on the eyes when it comes to reading. Devices such as the Amazon Kindle and other e –readers have E-ink which does not put strain on the eyes, even if you read for hours. You can even read in bright sunlight.

When future smartphones have both OLED as well as E-ink, you won’t need a separate device for reading. With only a tap on the touchscreen, you could change the OLED display into E-ink and as e-readers take up much less battery, you might have better battery life too. 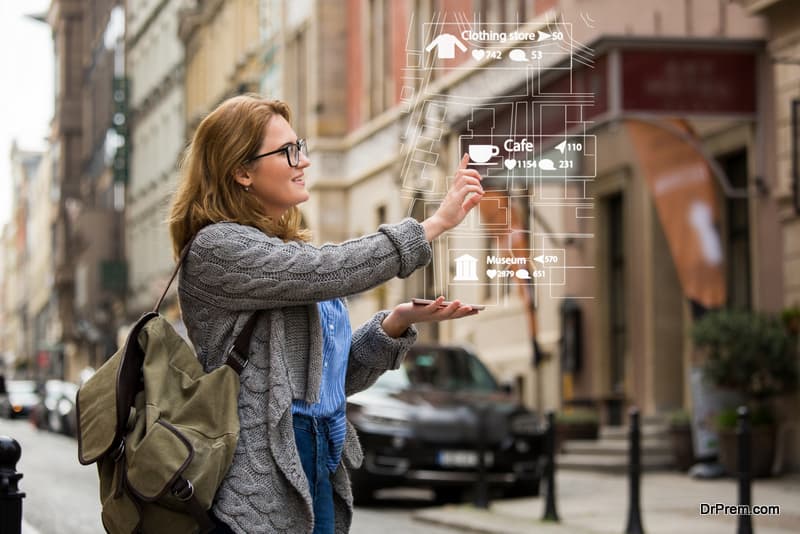 We have experienced virtual reality and augmented reality through AR Glasses and so on. Smartphone manufacturers might include these features in their phones. It’s already available as AR maps on Google Pixel 3A phones. It remains to be seen what the VR and AR would be in the smartphones of the future.

Augmented Reality has been used by apps and games wherein the gamers can interact with the virtual characters in the real world. The Ikea Place App, allows customers to choose any furniture from the catalogue, place it on the floor or other space that the camera of the phone aims ar. The furniture can be moved around the space in your phone and you can see whether it fits in the space and if it looks good in your décor.

The Apple ARKit is a toolkit which Apple released for all developers to create AR apps, supported on the iOS 11 platform. So maybe in the next version of the iPhone, you will get access to AR and use it for many functions. 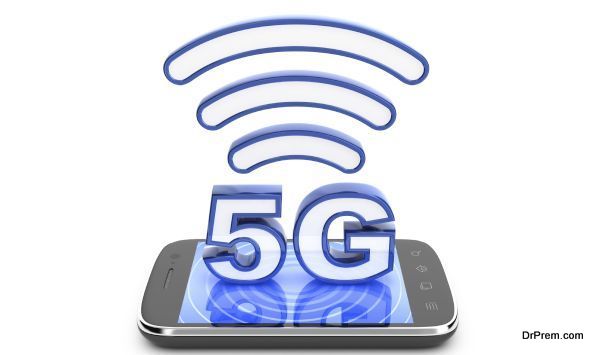 5G is around the corner as many countries are upping their networks and manufacturers are manufacturing phones which can be scaled to 5G. Some phone still can be scaled up, but these phones are prohibitively expensive, such as the Oppo Reno 5G as well as the Samsung Galaxy S10 5G. 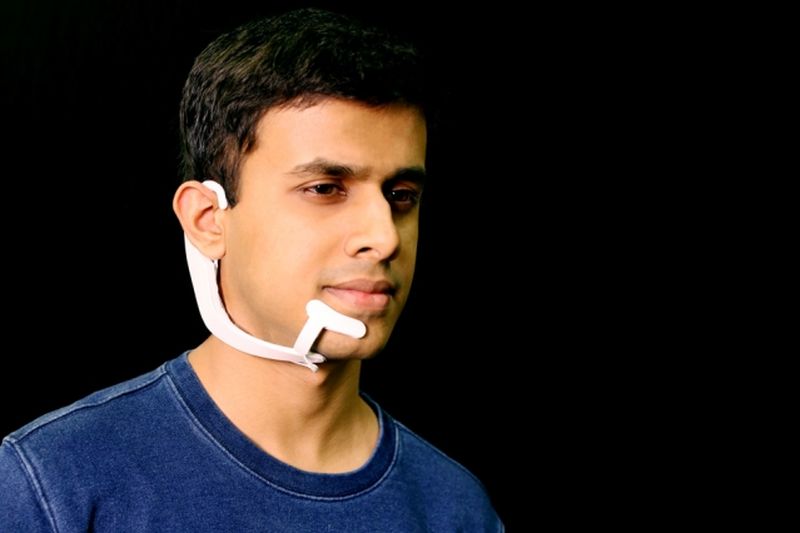 One of the coolest upcoming smartphone features is mind control. First, it was the physical keypad, then came the touchscreen as well as voice commands.  And in the future, your thoughts could control your smartphone. All you have to do is think about whom to call, open some app, play music or video and even edit photos with your mind. Controlling the brightness of the screen, sending texts and so other functions would be performed just in an instant.

The Building 8 division of Facebook is working on tech which will allow people to type in 100 words a minute, which is approx five times faster than typing.

MIT scientists are working on AlterEgo, a device which allows the user to communicate with machines with only thoughts. 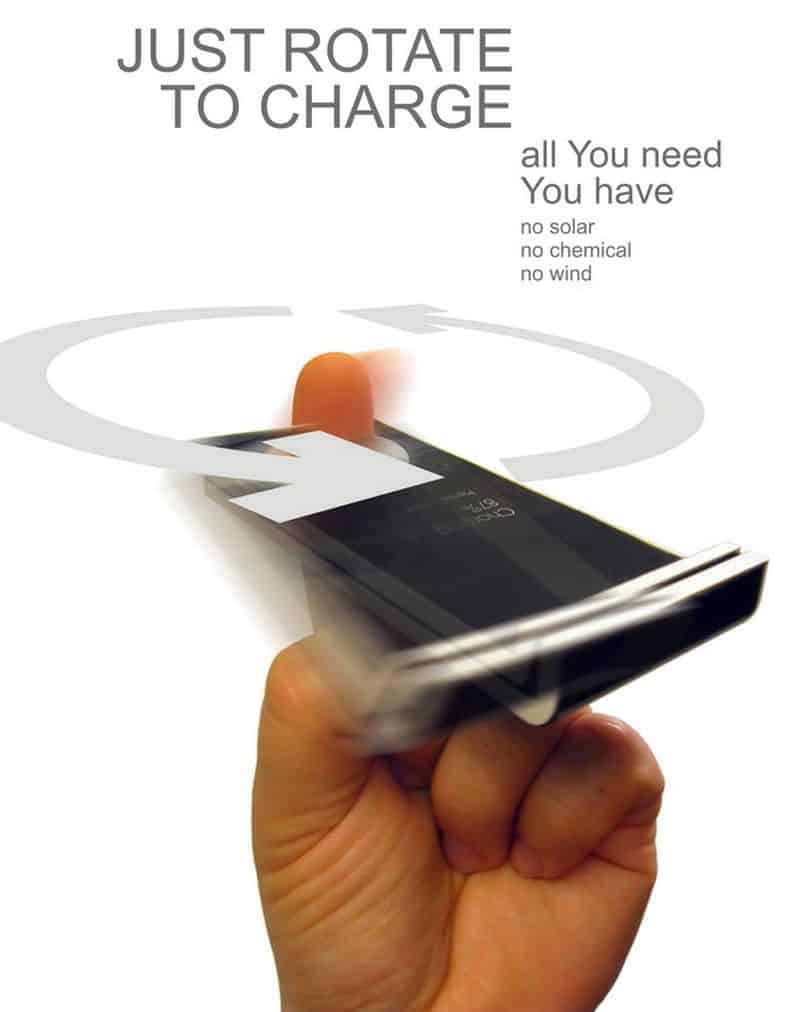 There is a need for eco-friendly products and even mobile phone manufacturers are working on technology to make the phones eco-friendly. Mobiles are charged using batteries which add to the undegradable waste in the world. Rare minerals are a part of the mobiles, and there has to be a replacement for these too.

Kyocera showcased a solar powered smartphone in 2016, but they also admitted that this tech will take quite some time to replace the regular cellphone charging system. Kyocera claims that in only one minute, you would be able to charge the phone for one minute phone call. This could be very useful in time of emergencies, when cellphone batteries die out.

Another concept smartphone which is a green option to electrical charging, is the 2009 Mechanical Mobile concept phone by Mikhail Stawsky. It runs on kinetic energy, and you would only have to spin it on the finger to charge it. This means you can charge the phone anywhere and anytime, but it remains to be seen how long you can spin it for! 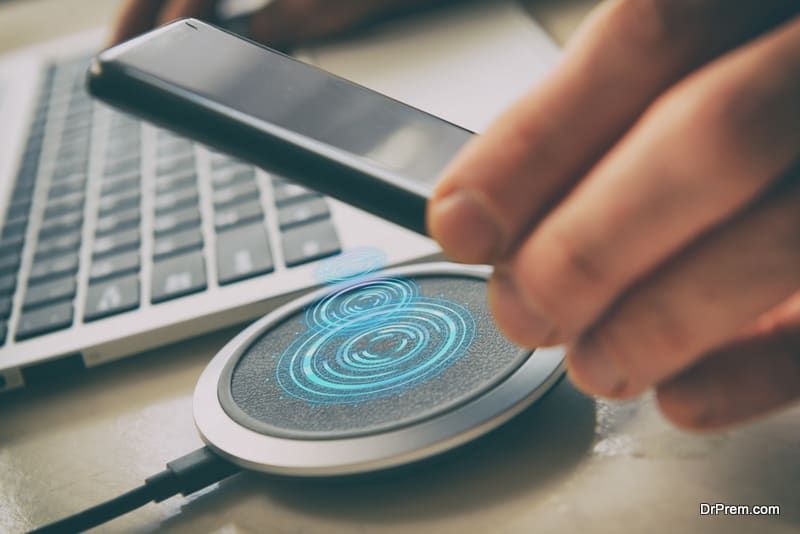 Smartphones are invaluable to us, but they tend to run out of juice very quickly. The battery life is one of the main requirements you look for when you buy a phone. You then have to plug in, or put it in a wireless charging pad. Things might change completely in the future, as the company Energous is developing the tech to charge mobiles over air. All you have to do is place the phone in three feet of WattUp Mid Field transmitter and the phone will charge right away.

This is one of the upcoming smartphone features which would be quite useful, when you never have to fear running out of battery. If we have very powerful transmitters, then our phones and devices could be charged over continents. 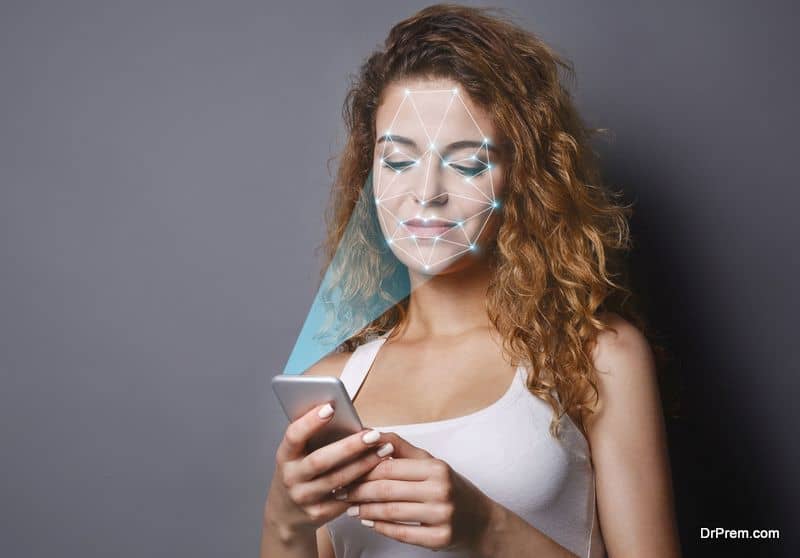 Phones contain sensitive information which needs to be protected. Beginning with the humble passwords, it has evolved to biometric identification. The latest in phone security is facial scanning which can be seen in the iPhone X. Other manufacturers are catching up too, and soon we will be seeing it in Android and other phones too. This technology is helpful for those who have fine motor disabilities, as they will be able to interact with their phones without touching it.

The future of smartphones has a lot in store with technology becoming intuitive more than ever. They will have functions which would be a bigger help to you in your daily life, from work to entertainment.