Prosthetics cost many thousands of dollars, but 3D printers have made it easier for amateurs and professionals to print out prosthetics which not only are of good designs and customized, but also quite affordable. Anyone can access a 3D printer and print out the free and editable designs which are available online. It is one technology that’s shaping the future. However, the materials used in 3D printed are not as durable long-term, but with the low cost, one can keep printing out new ones without feeling the pinch.

Origin of the 3D printed prosthetics 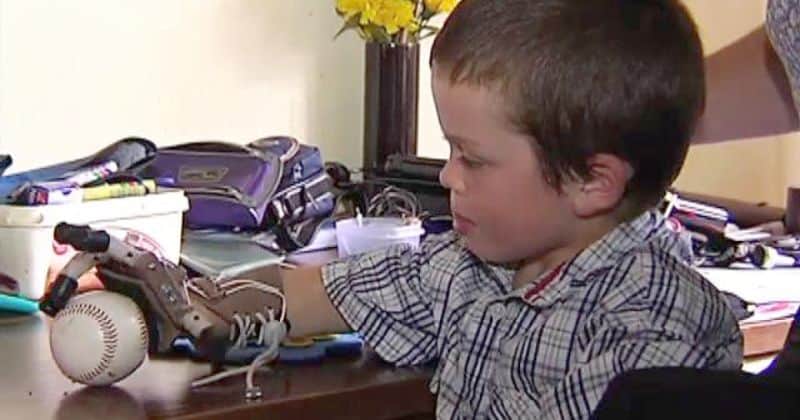 Serendipity had a big hand in the creation of 3D prosthetics. Ivan Owen, an American artist who used to make ‘nerdy’ gadgets made a metal hand, in the year 2011, with spiky fingers which were operated by loops pulled through his own fingers. His video was seen by a South African carpenter who had lost four fingers. Their discussion about a prosthetic hand was seen by the mother of a boy named Liam who had lost his hand.

Owen realized that Liam would soon grow out his prosthetic hand and his mother would have to buy a new one at an expensive cost. Owen came upon the idea of a 3D printed hand for Liam, which cost about 40 pounds and could be replaced easily. This was how the first 3D prosthetic hand came into being.

Owen published the files online as open source that anyone could access and improve on. This grew to be an organization called ‘Enabling the Future’, a network which has 7,000 members in many countries and with 2,000 printers. They help people get access to, and/or make hands and arms for those who need them. 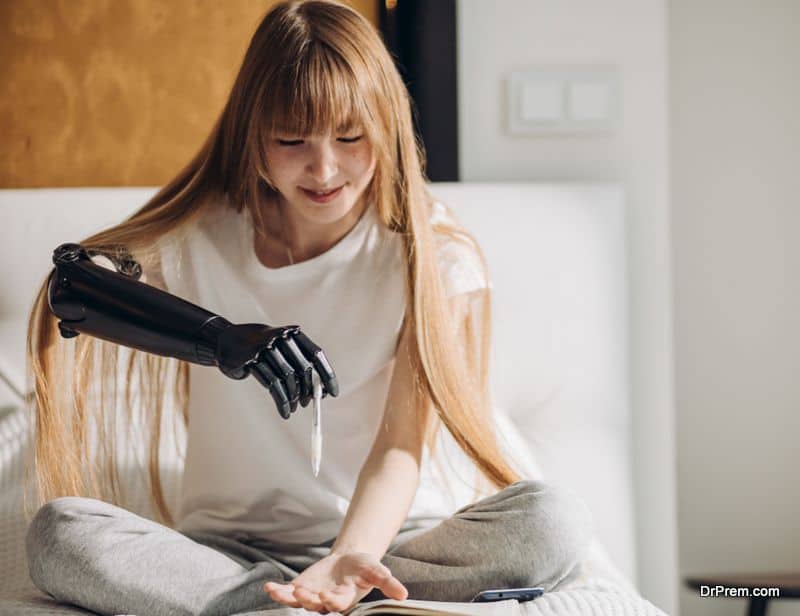 The average life of a prosthetics is about 5 years. During this time, children would grow and need new ones according to their growth. Many children damage their prosthetic arms or hand in play. Replacing a traditional prosthetic is an expensive proposition as they cost between 1,500 -8,000 dollars which is not covered by insurance. On the other hand, a 3D printed prosthetics costs only about 50 dollars. Children all over the world have benefited from the new type of prosthetics.

The design of the 3D printed arms and hands appear robotic, and more like fun toys rather than artificial limbs, and children wear them more happily than the traditional prosthetics. The personalized artificial limbs allow the children to have a say in the design and express themselves, treating it as an accessory.

3D printed arms and hands can be made in just one day. Besides the problems with 3D printed prosthetics, there are many advantages too. The main advantage is that the limbs can be personalized, allowing children to choose the styles and colors they want. The prosthetics look like robotic hands which empower the children with confidence.

A project such as Cyborg Beast also came into being which provides futuristic looking hands to people, adults and kids the world over. Kids love the 3D printed hands which look like toys. Experts say that these prosthetics can be a transitional device as they get used to the artificial hand till they are able to wear the traditional artificial limbs. Cyborg Beast developed a shoulder for a child which not only helped him function, but also improved his balance and posture. There are more than 500 Cyborg Beats in use around the world, and the design, which is open source has been downloaded 48,000 times.

Animals can benefit from 3D prosthetics 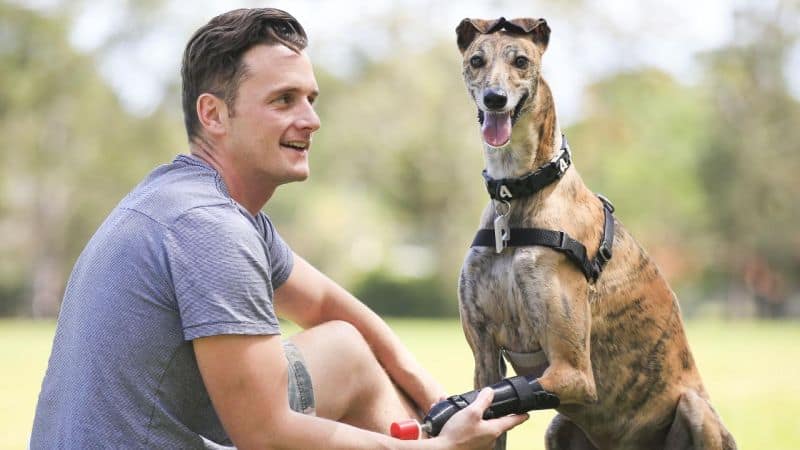 Not only people, but animals can also benefit from the 3D printed artificial limbs. Millie, a dog in Australia became the first dog ever to get a 3D printed leg in Australia. Earlier, a duck and a penguin had been the recipients of 3D printed limbs.

Millie is a greyhound, who is a rescue dog. She was abandoned by her owners because of her bad paw. Professional prosthetic’s cost was 10,000 dollars which was quite high for the present owners. So they used Autodesk and Fusion 360 and designed a prosthetic for Millie and printed it, which met her needs exactly. She was happy with her new limb, and became her playful and happy self again.

Use of new materials

Artificial limbs which are printed out are made out of plastics such as ABS or Bridge nylon. These materials are being developed to become compatible with materials such as titanium, in order to increase the strength and durability. A Belgian research team successfully implanted the 3D titanium mandibular prosthesis, using laser to melt the three layers of the titanium powders. The FDA approved a skull implant too.

3D printing companies such as LayerWise or rather 3D systems manufacture 3D printed titanium maxillofacial, orthopedic, spinal and dental implants. One of the biggest achievements of 3D printed prosthetics was the 3D printed prosthetic ear, which was even capable of detecting electromagnetic frequency. This ear was made out of chondrocytes, silicon and silver nanoparticles.

Researchers in this field are experimenting with new materials and technologies, and now implants are printed with live cells. 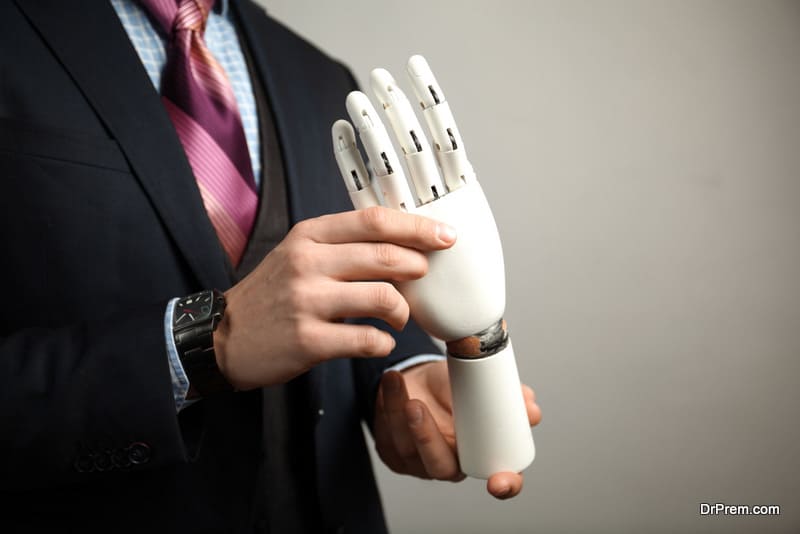 3D printing companies such as e-NABLE has been providing customers with extremely affordable artificial limbs. The products are affordable, and quickly manufactured, but the drawback is durability. The volunteers of the company who help in printing out the prosthetics, are not professional prosthetists. The difference being that professional prosthetists have to undergo many years of training before they can design a prosthetic limb. The limbs which are printed out by the amateurs tend to break more often than the traditional prosthetic limbs.

The 3D printed artificial limbs are not FDA approved also, which checks for issues such as durability. The 3D printed limbs are made by stretching very thin layers of plastic, and when they are pulled in the wrong way, they tend to break easily. If any volunteer has not learnt the right way to regulate the temperature, then there are cracks in printed out hands, arms or legs.

Prosthetic feet and legs are not widely available

There are designs for prosthetic feet available online. But the number of prosthetic legs is very less as the commercially available plastic available for 3D printing is not strong enough to support the weight of the body. 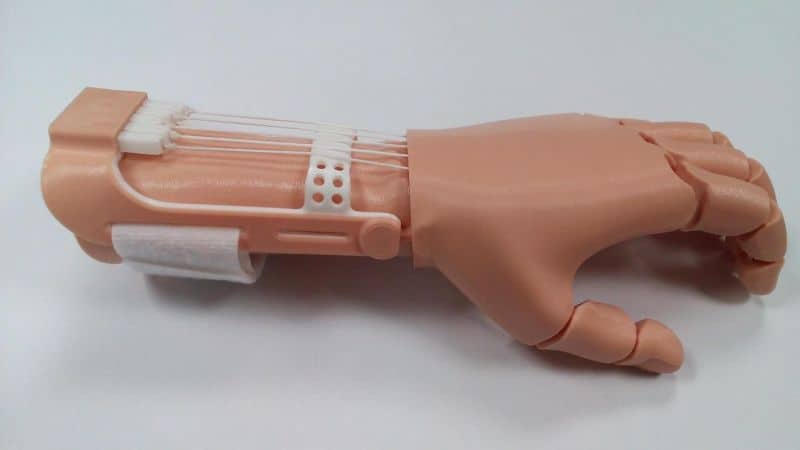 After the complications in durability, one of the e-NABLE volunteers teamed up with an engineer based in the UK. The engineer, named Steve Wood was able to develop a sturdier product, using a material called Filaflex. This product however costs much more, 2,000 dollars which as compared to other e-NABLE products is quite a lot. But it is still much cheaper than the traditional prosthetics.

The future of 3D printed prosthetics

Traditional prosthetics cannot be replaced overnight, as the designs and materials have been perfected over many years. 3D printed prosthetics are proving to be a good option as they provide a great service to amputees, adults and children alike, from economically poor backgrounds who cannot purchase the professional, expensive prosthetics.

With designers such as William Root, there are big advancements in printing out 3D leg prostheses too. The Exo Prosthetic Leg, printed out with William Root’s design is a major development. His prosthetic leg, made with titanium, is beautiful as well as fully functional.

A company called Limbitless Solutions, created a fantastic Iron Man arm for a child which was presented by famed actor Robert Downey Jr. The same company, in tandem with a non-profit organization provides free prosthetics to children. A regular myoelectric arm costs about 10,000 dollars but with 3D printing, Limbitless was able to get the cost down to only 1000 dollars.

There are many open source groups online which are working on printing myoelectric hands and arms, which could be mass-produced.

The future of the 3D printed prosthetics is quite bright, as they are cheaper and more comfortable. They fit the limbs exactly, which does not cause any pain to the users and are highly personalized. With time, as the materials as well as the technology evolves, we will be able to see long lasting 3D printed out limbs, giving access to artificial limbs to thousands of people who need them.