Many times, we have seen a communication gap between doctors/medical professionals and patients. To fill this communication gap and to establish a rapport for smooth functioning of the medical treatments, the need for translators is often felt. As the medical tourism industry grows, so does the need for the Arabic translators. The need for Arabic translators is more in comparison to the others for a number of reasons. Increasing number of patients travelling from Arabic nations and their lack of knowledge of English have been the major reasons for the increase in Arabic interpreters around the world.

Lack of proficiency in the English language

The major reason for such a growth in the number of Arabic interpreters has been due to the fact that several Arabs do not understand English that well. This creates a problem in understanding the complexities and intricacies involved with medical treatment and procedures.

The situation has created a job opportunity in the medical tourism industry. People can earn hefty packages by becoming a language translator. The only criterion that needs to be fulfilled is that the translator should be emphatic towards the culture and tradition of the patients. It is the duty of the interpreter to cater to the needs of the patients and make them feel comfortable with the hospital setting so that the patients do not feel out of place.

Influence of the Middle East

Globalization of the medical tourism industry has opened up the prospects to avail treatment from anywhere in the world. This has provided people to travel anywhere in the world constituting medical travel. The world has seen an increasing number of Arabs traveling to various destinations to avail of treatments for medical ailments. Thailand caters to the largest number of Arab medical tourists. Bumrungrad International alone has played host to 125,000 Arab patients.

The need for Arabic translators has increased tremendously with the increase in the influx of medical patients traveling to various medical tourism destinations to avail treatments.]]>

Drugs made from cow dung & urine may help in several diseases

Neurological diseases a common phenomenon in the US: Study 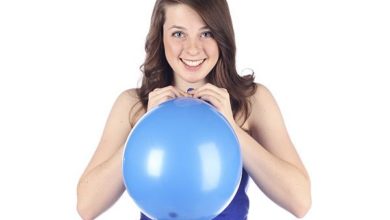 Effective tips to help you battle that unsightly facial fat