In USA’s immensely chok a bloc media horizon chasing those unicorn like unaided recalls Ad gurus seek to catch them young… err… fresh that is in the breakfast table hopefully to imprint it there for ever.

Now its a proved fact that the cost of fleet advertising is more than 50% cheaper than that of traditional advertising. Its believed that (I am not exact with figure though, you better ask the nearest media planners) approximately for per thousand impressions you can get away with 70 cents for fleets whereas a traditional billboard makes one pay $1.40.

Now enters into the bandwagon Taco trucks loaded with blue collar worker breakfast and vernacular advertising message intend to target a community which is the largest minority group in USA.

A recent American Truckers Association (ATA) survey reveals that a whopping 91 percent of its target notice the words as well as images. 75 % develop a perception about the company, 39% base buying decisions

on vehicle graphics and messages. Add to that the dosage of vernacular message fresh in the morning. They can not go wrong. An interesting read.Thanks Juan 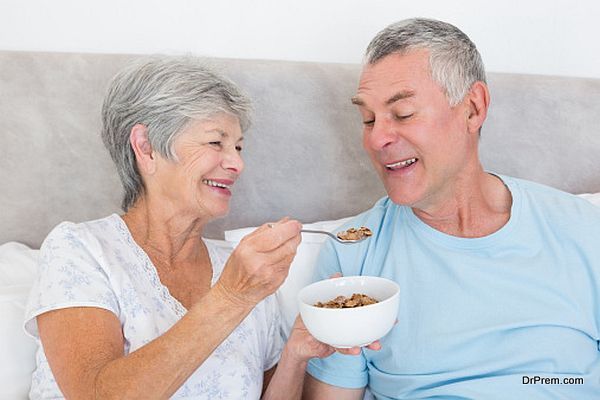 Healthy food options for 50-year-old and above