Rob Spence, the documentary filmmaker from Canada hardly imagined himself to be in the news headlines for an entirely different reason. He is an eyeborg with a prosthetic eye that functions as a video camera and hopes to enter the class of cybernetic organism or Cyborg. 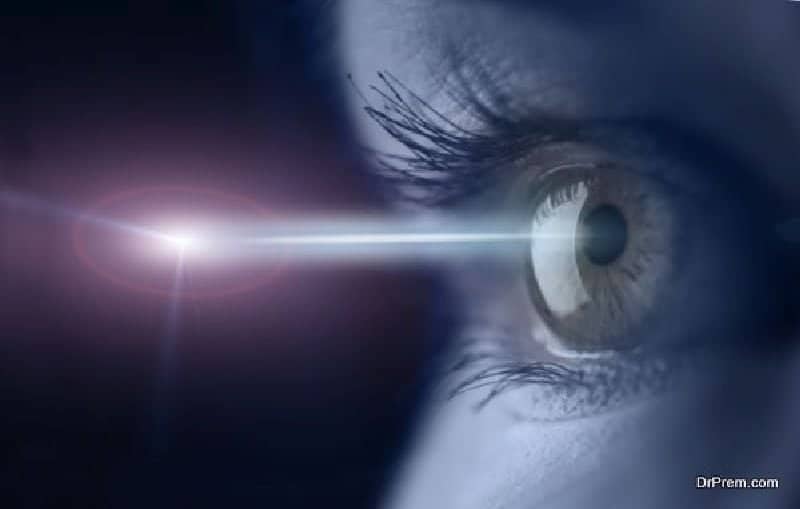 A person can be assigned as a cyborg whose physical functionalities are extended beyond human limitations with the help of implanted mechanical elements. The term was first used by Manfred Clynes in 1960 to describe a person requiring artificial mechanical extensions to enhance its functionalities enabling him to survive amidst a hostile environment.

Such artificial extensions are now being contemplated in healthcare to enhance the functionality of a disabled person empowering him to overcome his disabilities and improve his quality of life.

Spence’s journey to be an Eyeborg:

After meeting with an accident at the age of 9, Rob Spence lost most of his vision in the right eye but his left eye was healthy.  He managed to retain the damaged eye until 2007 when degeneration of the cornea forced him to remove the eye. Instead of replacing it with a glass eye, he tried something different. He researched and partnered with camera makers and engineers to create the ‘Eye camera’, the first of its kind in the world.

He got a tiny custom-made camera fitted in his eye socket molded in wax. No, the camera does not aid in vision as it has no connection with the optic nerve. But instead of leaving the eye socket blank, he decided to record video footage according to his choice that may help in his profession. The recording is possible for only 30 minutes before the battery drains out.

The radio micro transmitter enables him to show the recorded images. A red LED indicator glows whenever the recording is on making the person aware of the fact that he/she is being recorded. This augmented device does not make him suffer from low esteem neither it portrays him as a freak.

However, Spence welcomes the attention he gets wherever he goes. Though this recording capability of his camera eye may seem to raise privacy concerns, Spence is not apologetic citing his right to install a camera in his body.

Not a Cyborg in the true sense: 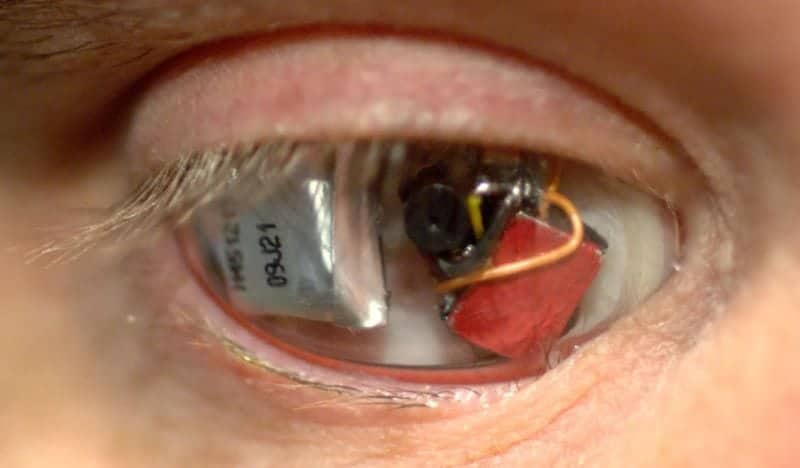 Spence’s augmentation with the eye-camera does not make him a Cyborg in true sense since it has not helped in improving his vision of the damaged eye. But however, instead of leaving the eye socket totally inoperative, he could manage some activity with the camera implant.

The color-blind artist with skull-implanted Eyeborg is the first officially declared Cyborg:

Life seems to be colorful for Neil Harbisson, the 31-year aged artist born with achromatopsia, a condition in which the impaired cone cells in the eye are unable to pick up colors. He has been wearing an external bio-electronic eye since last 10 years with an antenna protruding from his skull almost resembling a spout.

The camera fitted with the eye picks up color frequencies and converts them into sound vibrations. The audio input of this special eye has been implanted in the skull. He receives visual impressions captured by the camera via bone vibrations enabling him to hear color.

The chip in the skull has a Wi-Fi connector that also allows him to hear images sent by his smartphone without even requiring viewing the screen. Being an eyeborg, he has been gifted with additional senses too.

Initially, he could sense only the Visible Spectrum of light but with the upgraded eye, he can catch the infrared and UV spectra as well. He can decide the best time of the day to go out to avoid UV exposure and the right time for sunbathing.

Harbisson was satisfied with his black and white world and never seemed to miss the colors. He is a person with a better night vision and not to be easily fooled by camouflages but this mechanical implantation enables him to perceive the world better. He is the first official Cyborg in the world after the British Government allowed his headgear in his passport photo.

Is the human population heading to become a Cyborg? 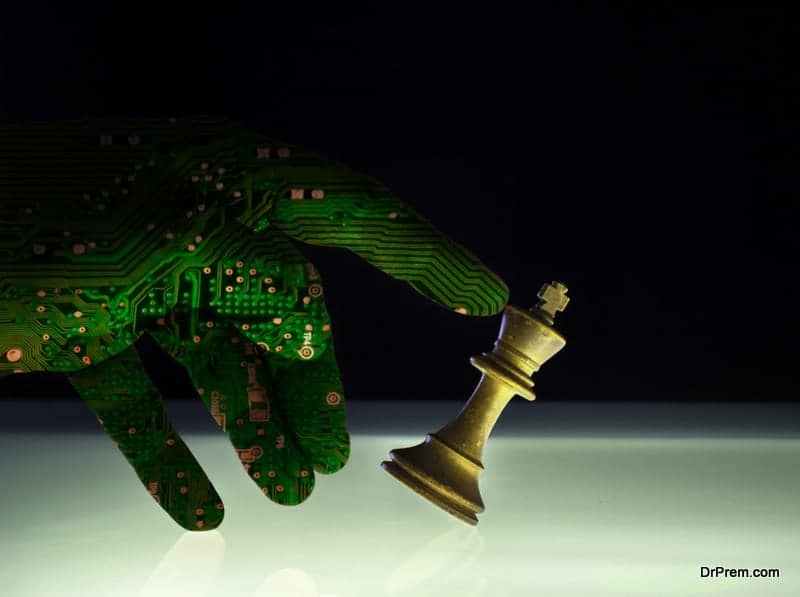 Advanced technological innovations are helping human beings to augment their physical capabilities and sensual perceptions enabling them a better mode of expression and survival.  Harbisson has been experiencing a better perception of senses being a Cyborg by choice.

Healthcare is likely to witness some great innovations with the rising application of Cybernetics. This trans-disciplinary approach helping in setting up the communication between man and machine can enhance the cognitive functions of the disabled.

The days would not be far when human beings will be opting for artificial augmentation for enhanced capabilities that may help to sustain in a hostile environment.  Human beings have evolved to be an improved species through a series of adaptations and opting to be a Cyborg may be a well-thought choice in future.