Over the past several years, the Da Vinci Surgical System has tried to evolve with its range of products from the S system, to Si system and the latest would be the Xi system. Today, it has become a brand in offering a range of robotic surgeries with multiple advantages, like precision, minimal invasion, decreased loss of blood, reduced pain and most important accuracy with faster healing. It is one of the greatest technological advancements that will transform the healthcare industry. 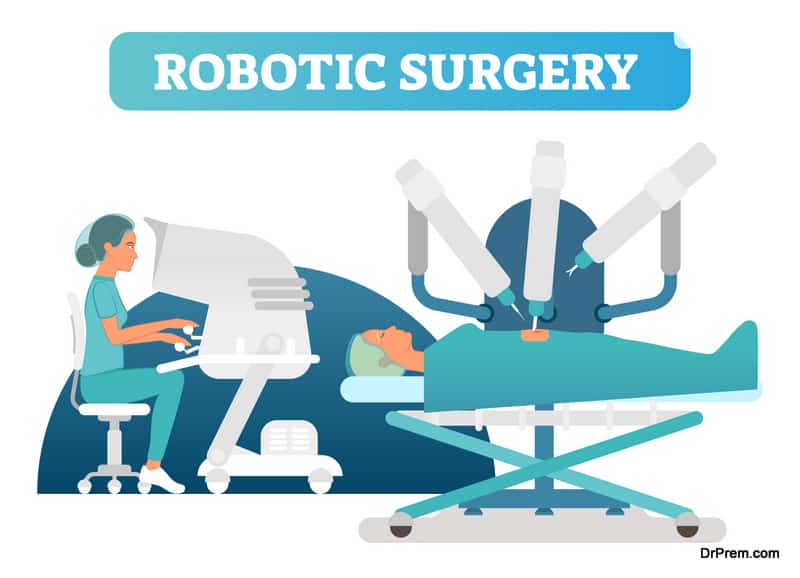 The documented evidence confirmed the occurrence of first robotic surgery in 1985, with the application of PUMA 560 robotic surgical arm in non-laparoscopic neurosurgery. The idea was subsequently applied in a number of surgeries, including cholecystectomy and transurethral sections; however, the Da Vinci surgical system, launched in 2000 has been acknowledged to be the first robotic surgery that is approved by Food and Drug Administration.

The system has been designed and constructed in such a way that with its high-resolution three-dimensional magnification screen. The operator would be able to view the operative area with better clarity. The conventional systems, such as PUMA 560 or AESOP etc. were supported with large-armed systems demanding higher incisions. Contrary to which, the Da Vinci Surgical System with surgical arms of one centimeter in diameter promotes minimally invasive operation.

Since then, the system was highly acknowledged due to minimized exposure of the important tissues, further reducing the risk of other infections. Some experts have also reviewed the system and have endorsed the same for better accuracy due to its endo-wrist features. Accordingly, today the Da Vinci Surgical System is considered as an FDA approved robotic surgery procedure in multiple areas, such as:

As already suggested, the three important components of the system, such as the console with the help of which the surgery is being performed, the side robotic cart with four robotic arms and high definition three-dimensional visual guidance offers several benefits that can be noted down as:

Although there are several benefits as compared to the conventional treatments, certain disadvantages have still limited its widespread application, such as: 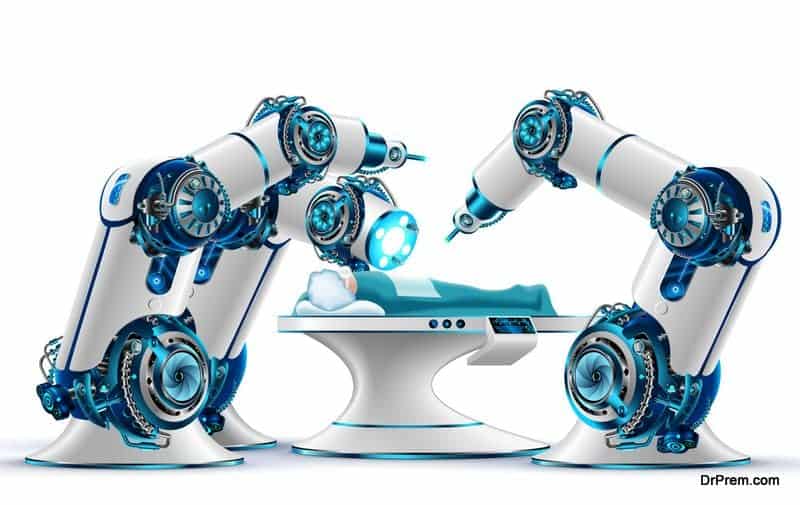 With the conglomeration of available data obtained through a number of clinical investigations, it has been evident that the robotic surgery is the safer alternative to conventional open surgeries, due to the number of advantages, mentioned already. When experts were asked about the procedural safety as well as feasibility, they clarified that the risk is associated with any type of surgery. However, the system has so far tried to bring in a better methodical approach as compared to the open surgeries.

Contrary to which, some experts believe that patients were not informed about the risk associated with the robotic surgery. There is some reported evidences, which mentioned about the permanent nerve damage or other health-related issues experienced by many patients due to electric current, procedural demand of being held in an unnatural position and lack of expertise.

Many of the medical professionals have acknowledged the potential of the Da Vinci Surgical System as the modern and the most suitable choice for prostatectomy. Conventionally, men with a variety of prostate issues, such as prostate cancer have limited options, including open surgery with maximum side effects and slow recovery. As per the earlier data, people with prostate cancer had to undergo prostate removal with excessive risk of major blood loss, post-operative opportunistic infections, longer hospital stays, delayed recovery and significant pain. Moreover, many patients had reported a loss of bladder control and sexual function, post-surgery due to neurological damage.

Factors behind the acceptance of the Da Vinci Surgical System 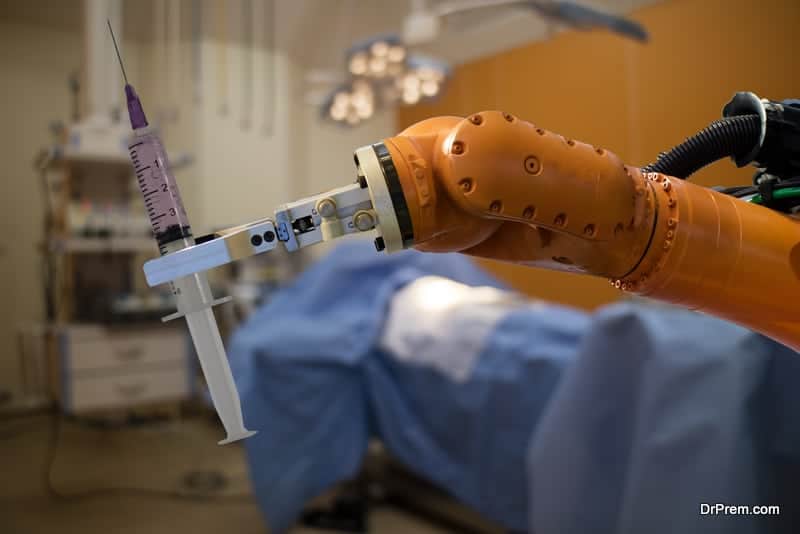 Due to technological advancements and improved understanding; the Da Vinci Surgical System has gained wide acceptance, as the most suitable alternative; being less traumatic and minimally invasive. The type of robotic surgery has enabled previously noted shortcomings of the traditional treatments.

The robotic prostatectomy, a type of minimally invasive surgery is characterized with the application of the most high-tech and FDA approved the surgical system for the effective clinical outcome and the most accelerated recovery. The great resolution cameras and the microsurgical arms of the robotic instrument allow better surgical performance through the most skilled, controlled and seamlessly translated movements.

In comparison to open surgeries or laparoscopic surgeries, the Da Vinci Surgical System has been proven to be most accurate, due to its improved visualization, precise hand movements and minimal invasion. In fact, due to the highest degree of precision achieved; it is possible to spare neurological functions around the organ to prevent many of the conventionally reported side effects, such as loss of sexual functions and bladder control. 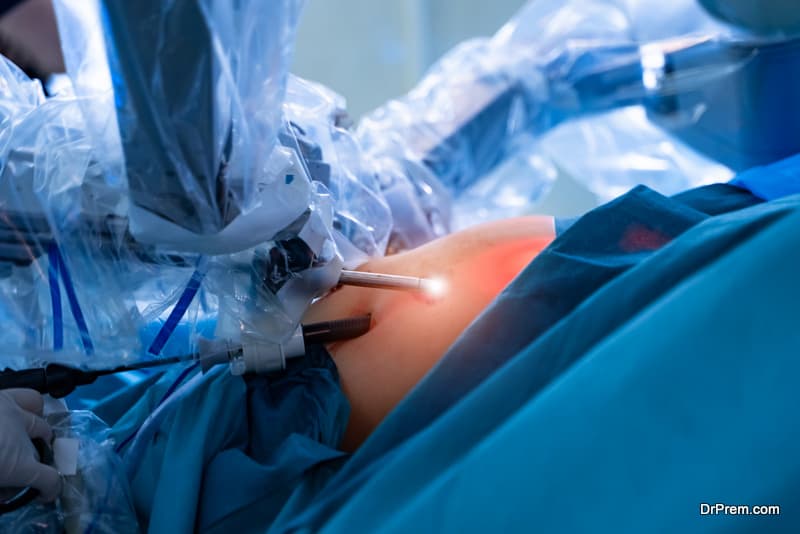 According to the recent publication in European Association of Urology, prostatectomy with the robotic tool has been confirmed to have higher survival rate as compared to open surgery or laparoscopy. However, the current therapeutic modules have been strongly influenced by the choice of the patient, and the surgical experience of a treating doctor. According to the data presented, patients with robotic prostatectomy have 83% improved survival rate.

In short, the robotic Da Vinci Surgical System has offered several benefits in case of prostatectomy, especially in the following areas:

Considering the advantages associated, the Da Vinci Robotic Surgical System is preferred to be the most valid choice currently. While certain disadvantages associated with it have limited its widespread applications, they can be modified through technological improvements and understandings.