<![CDATA[Compilation Report on the State of Healthcare in the Gulf Countries – GCC Region – Team Research with References.

The Gulf Cooperation Council (GCC) countries—Bahrain, Kuwait, Oman, Qatar, Saudi Arabia, and the United Arab Emirates—will face an unparalleled an unprecedented rise in demand for health care over the course of the next two decades. Socio-economic development, characterized by increasing income and access to modern amenities and services, has led to changes in the population’s nutritional and lifestyle habits, increasing the prevalence of lifestyle-related medical conditions such as obesity, heart disease and diabetes. Also, as living standards improve, healthcare providers (mainly governments) are faced with heightened expectations for more and better quality services.

These expectations, together with growing populations and better-informed patients, are driving investment in hospitals and medical facilities, and pushing up demand for healthcare services, innovative drugs and the latest medical technologies. Given the current economic situation, there does not appear to be any reduction in the appetite for, nor supply of, capital for healthcare-related projects in the region. It seems that investors are willing to bet that the demographic, economic and social forces driving demand for high quality healthcare in the Middle East are unstoppable.

The GCC population, currently at around 38 million, is growing at one of the fastest rates in the world. Rising population coupled with ageing demographic pattern is expected to drive healthcare demand in the GCC. The GCC population growth has averaged 3% per annum over the past five years, among the highest growth rates in the world. Mass immigration and a significant decline in mortality rates are boosting population growth in the region. The Gulf’s real estate and construction sector boom has attracted expatriate workers to the region.

Moreover, changing lifestyles and high disposable incomes have engendered “diseases of affluence” such as obesity, diabetes and other cardiovascular diseases. In addition, the “over-60-year-olds” is emerging as the fastest growing age group in the GCC.

The GCC healthcare sector is on a growth trajectory. The industry is poised for unparallel and consistent growth accompanied by a fundamental shift in the industry structure, infrastructure quality, payer model and funding options. The GCC countries are likely to experience a sharp increase in healthcare needs in coming years primarily led by a growing and ageing population and a rise in chronic non-communicable ‘lifestyle’ diseases.

The governments in the region display political will and strong intent to create infrastructure and promote innovation. All this creates opportunities with healthcare players from all over the world vying for a piece of the cake. This unparalleled convergence of necessity and opportunity throws up a number of opportunities and challenges.

Some regions in the GCC have started actively promoting medical tourism. Dubai has taken a lead by creation of the Dubai Healthcare City. The Emirate already has an edge over its GCC neighbors as a well established tourist destination. Moreover, the ongoing insurance sector reforms are expected to play a pivotal role in catalyzing growth in the healthcare sector.

The leading global healthcare accreditation and certification organisation, Joint Commission International (JCI), whose accreditation has become the international gold standard for the quality and safety of health facilities, has now accredited over 45 facilities in the UAE. The efforts of other countries in the region are just as impressive. Saudi Arabia now has 34 JCI-accredited institutions, while Jordan and Qatar each have 6. These numbers compare very favourably with leading medical tourism destinations such as Singapore, Thailand and India.

Low private sector participation, sub-optimal health infrastructure availability and acute shortage of human resource for all medical services are major obstacles for growth in the industry.

The GCC needs to develop a strong professional healthcare workforce. Governments are rolling out red carpets to renowned western healthcare providers. However, unless the governments take strong initiatives to overcome the undersupply of healthcare professionals, the reform efforts will be rendered ineffective. Medical education and training of a para-medical workforce presents a major opportunity for private players to establish a footprint in the region.

Urbanization and rising per capita income have led to the consumption of unbalanced diets and a more sedentary lifestyle in the GCC, thereby  aggravating the prevalence of lifestyle ailments such as diabetes and cardiovascular diseases. The UAE ranks second highest in the world for diabetes prevalence (20%), followed by Saudi Arabia (16.7%), Bahrain (15.2%) and Kuwait (14.4%), according to the International Diabetes Federation.

Coronary problems and other obesity-related diseases are also on a rise in the Gulf region.

Higher incidence of lifestyle diseases translates into higher per capital healthcare cost, as the average treatment cost in the case of lifestyle-related ailments is higher than other hospitalized cases.

Healthcare Insurance in the GCC

Governments in the GCC have begun to realize that their approach to healthcare is inefficient and will eventually become so expensive as to be unsustainable. In response, they have begun to transition away from the “welfare state” model, in which healthcare expenses are borne almost entirely by the public sector, to a competitive market-driven model. One part of this transition has involved legislation that requires employers increasingly to provide health insurance for their workers.

According to re-insurer Swiss Re, GCC per capita insurance stood at US$ 129 in 2007, significantly lower than the global average of US$ 519. The same pattern of lower insurance coverage is prevalent in the healthcare sector with only 10% of the GCC population covered under a health insurance program.

Private health insurers have valuable experience in risk pooling, network and data management, and driving broad improvements in healthcare quality and cost management. Their presence alone should improve the transparency of healthcare spending and benefits throughout the GCC.

With over 75% of the total healthcare expenditure in the region incurred by the public sector, the government remains the chief financier and provider of healthcare in the region. The Ministry of Health (MoH) in each of the GCC countries is responsible for provision of healthcare services in their respective country and looks after the regulatory requirements of the sector.  Slicing it further, the healthcare providers in the region can be categorized into three segments – MoH, non-MoH public sector entities and the private sector.

In spite of the considerable efforts and costs expended by both the MoH and other public sector entities to provide healthcare service in the region, the sector has been facing challenges in keeping up with the rising healthcare demand. The government has therefore been encouraging the participation of the private sector to ensure efficient and effective provision of healthcare service. Although private sector health expenditure is rising, it has not kept pace with growth in overall healthcare expenditure resulting in a declining share in total healthcare spending.

Some governments have helped private providers succeed, primarily by engaging them to manage public facilities and then reimbursing them for treating government-funded patients. In the past three years, for instance, generous cash incentives and a guaranteed number of public patients have been offered to top-rated international teaching hospitals, such as Johns Hopkins and the Cleveland Clinic, to get them to manage or open new facilities. The governments’ hope is that big, branded players will create competition and raise standards of care throughout the region. Generally, governments try to lure these top hospitals to take over the management of public facilities or to open up shop in the GCC in exchange for cash, including payment for a guaranteed number of public patients.

There has been significant progress in the quality of healthcare services in GCC region over the past few years. This is indicated by the improving health indicators in the region – life expectancy has risen and mortality rates have fallen considerably during the past few years

Increasing government expenditure on the sector together with growing private sector participation has resulted in improved efficiency and quality of healthcare services.

However, the region lags behind developed economies like the US, the UK, Japan and Canada in terms of key healthcare parameters. Per capita total expenditure on health at average exchange rates for the entire region was US$ 631, lower than the global average of US$ 716 in 2006 and far lower than the developed nations’ average of US$ 4,182 per capita. Life expectancy in the region is considerably lower than developed economies and the infant mortality rate has not been controlled adequately.

The primary reason for this is the region’s overall low spending on healthcare, which accounts for only 2-4% of GDP compared to 8% in Europe and 11.4% in the US in 2007. Moreover, the sector faces several supply side constraints in terms of lower than adequate availability of medical infrastructure and human resources to cater to the rapid rise in demand for healthcare services. There is inequitable distribution of medical facilities, with remote areas having limited access to medical care.

Today, GCC patients make their private health-care decisions based on word of mouth, advertising, and the physical external appearance of the institution. Quality standards of providers are neither transparent nor understood by patients, thus high-quality providers can struggle to distinguish themselves in the market. Even worse, patient safety can be compromised by the lack of effective regulation of the health-care sector.

In order to raise the quality level of the health-care sector and to allow competent private players to thrive, policymakers must create regulatory bodies that will define a set of comprehensive operational quality and facility standards for all public and private providers. This body would be responsible for licensing, inspecting, and enforcing these standards. In short, by establishing a strong regulatory body to define and firmly enforce higher-quality standards for health-care providers and medical professionals, policymakers will build the confidence of patients in the quality of health care, no matter who provides it.

A potent combination of high population growth, rapid economic growth and openness to global capital, expertise and innovation will make the Middle East a major growth centre for the healthcare market over the next few years. The UAE will continue to be the main focus for foreign investment in hospitals and medical facilities, insurance and consultancy services, as PPPs are formed to deliver leading healthcare services demanded by locals and expatriate workers alike.

There may also be the opportunity to achieve economies of scale by operating in other GCC countries, such as Bahrain, Qatar and Kuwait. Saudi Arabia will find the introduction of mandatory health insurance and privatisation more difficult to achieve, and so opportunities there will be less appealing.

The region currently faces the threat of rising lifestyle diseases. Education and health awareness plays a key role in curbing the occurrence of these diseases. More emphasis on preventive medicine and encouraging people to take proactive measures is required to avoid an epidemic progression of lifestyle diseases in the GCC. 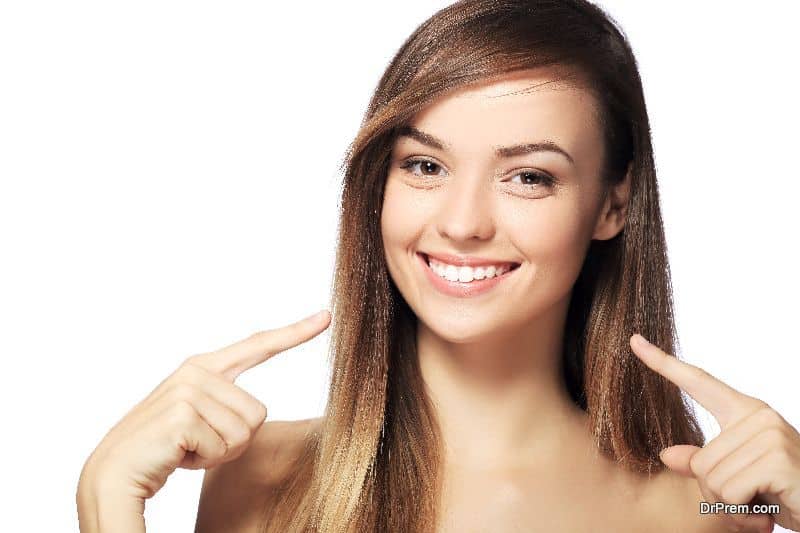 India's share in the global medical tourism industry will climb to around 2.4 per cent by 2012-end 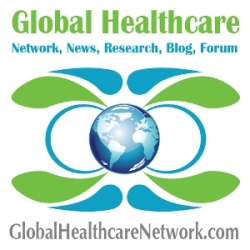