With the possibility of resistance to antiviral treatments, no developed human vaccines and the spread bird flu across the globe, new thinking and treatments for people infected with the H5N1 strain are urgently needed. And do you know, chemotherapy for an immune system disorder might also be effective in treating the flu!

Bird flu has 50% mortality rate in humans and new thinking and treatments are urgently needed, argues a team from the Karolinska University Hospital in Stockholm, Sweden. It has been noticed that the symptoms of patients infected with H5N1 were very similar to those with an often fatal immune disease called haemophagocytic lymphohitiocytosis (HLH).

The over-production of certain immune messengers, such as interleukin 6, is seen in H5N1 patients and cause of death is often linked to sepsis with multi-organ failure – all symptoms also seen with HLH. 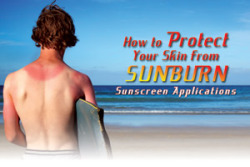 Protect Your Skin from Sunburn

A cream to fight Alzheimer?