One of LG’s latest offerings in the market is the G Pad 10.1, which seems to be a nice addition at an affordable price. Check out how it differentiates itself from the slates available in a similar price range.


LG G Pad 10.1 comes in a simple and sleek design with several attractive features. This device has an easy interface that can be customized in various ways. There are several security options for the lock screen and you may customize the navigation bar and swiping effects. LG G Pad 10.1 has a nice tile-like interface that gives a fresh feel to users as compared to other similar slates. It is a stylish device to attract budget buyers. Still, we can say that it has a minimalistic design with only the power and volume buttons displaying prominently. Its smooth and rounded-edge design makes it look more expensive than it is. You also get a good choice of colors.


This slate has a 1.2 GHz Qualcomm Snapdragon 400 CPU and Adreno 305 GPU. It offers 1 GB RAM and 16 GB internal storage. While this new gadget runs Android 4.4.2, it has average specifications that make it lag while downloading large apps and files. It can also be problematic to use the touch-screen feature at such times. However, LG G Pad 10.1 comes with IR blasters that also make it work as a universal remote control. Thus, you can use it to control your television, DVD player, Blu-ray player, etc. Additionally, it provides good connectivity through NFC, Bluetooth 4.0 and GPS. The G Pad’s 5MP rear camera, 1.3 MP front camera and dual rear speakers perform decently. While the device has 8,000 mAh battery, it is definitely not made for gaming or movie watching.


LG’s new slate is slim and lightweight. Thus, you can handle it with ease. Although it is a comfortable gadget, it does not offer a firm grip. However, you will find it great while using its delightful menu and icons. In contrast, its display resolution and color range does not appeal to eyes.


LG G Pad 10.1 is great for multitasking, as it has the dual-window function. While this function acts basic in this slate, it works wonderfully. This gadget also offers universal remote capabilities. It further allows you to synchronize your smartphone with it. The device additionally gives you a valuable security feature called Knock Code, which substitutes the password security on your wake screen.


LG offers preloaded QPair, which helps you synchronize your mobile device with LG G Pad 10.1. You not only get quick access to all your message and incoming calls, but also receive social notifications after synchronization. 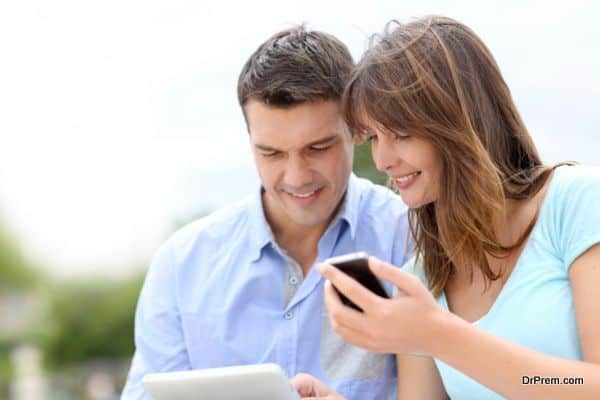 I want to know about home audio forums? Help me?

How to install rowmote helper on Apple TV?