Smartphone cameras have come a long way, and unlike earlier times it’s no longer that easy to differentiate which smartphones have the best camera. It isn’t just about the Megapixels anymore (it never was actually), there are plenty of other things too that you should consider. In fact, even relatively unrelated features like processor, battery life, and storage can have a significant impact on your smartphone camera experience. Confusing, isn’t it? Well, not quite. Ultimately, it all depends on what type of pictures you want to take. Are you the portraits and selfie type or are you more interested in landscapes? Once you’ve decided on that, all you need is to find out the features that best serve that purpose.

Features to look for while buying a camera phone 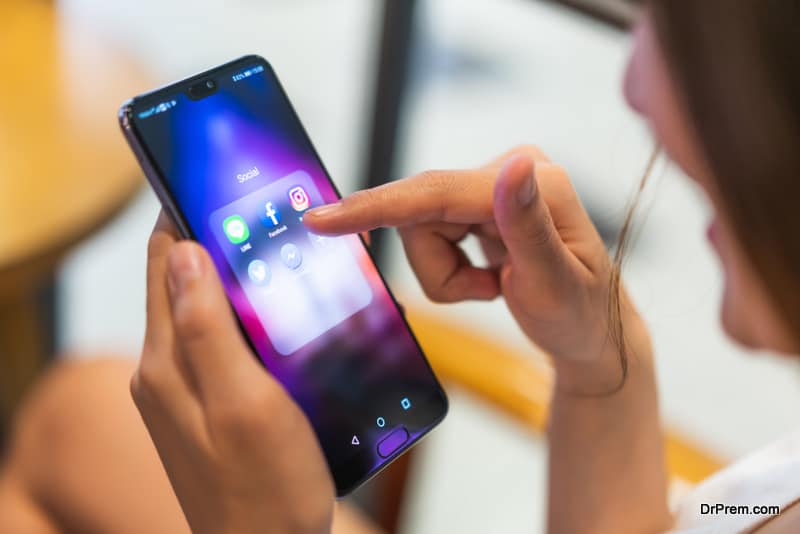 Since phones are smaller in size when you compare them to SLR cameras, it’s difficult for them to have large sensors. A big sensor generally works wonders when it comes to eliminating noise and is also more sensitive to light. Furthermore, large sensors are necessary to have better more megapixels. The smartphone camera sensors vary from Full Frame 36 X 24mm to 6.3 X 4.7mm. Although sensors matter, they don’t complete the whole picture. Phones with too big sensors are usually bulky and arehard to carry in your pocket.

2. Megapixels (Don’t rely too much on them)

Human vision has its limitations. So, after one point, no matter how detailed the image that’s in front of your eyes, our eyes simply fail to perceive the details. In fact, even when it comes to differentiating between a 4K image and 1080-HD image, we have to be sufficiently closer to platform on which we are viewing the image. Moreover, the different between a 4K image and an 8K image is even more difficult to detect. All you need is 8.3 MP camera to take image in 4K. Anything up to 12 MP is also fine, but after that you are simply adding to size of the image without any detail that human eye can perceive. Go for something higher than 12 MP only when you are in a habit of cropping images or if youwant to make posters out of your images.

3. Aperture (Should be bright) 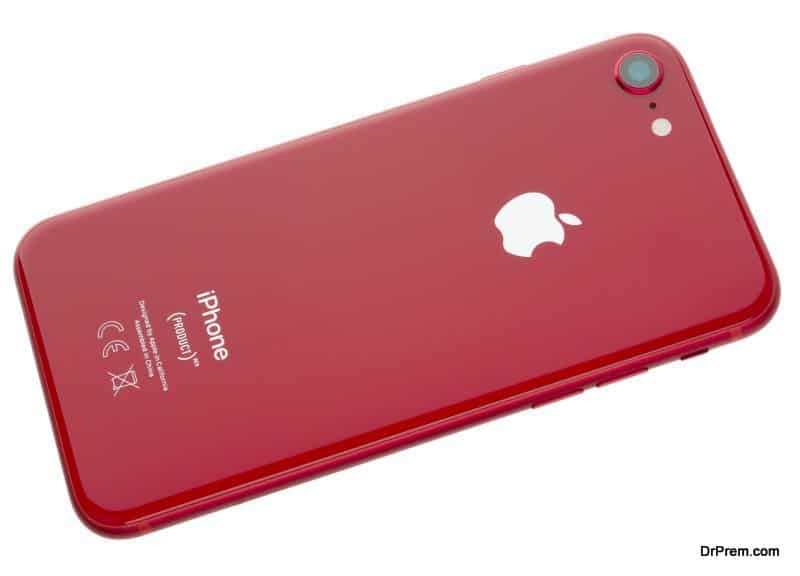 An important but underrated aspect of a smartphone is its aperture. It basically tells you how much light your smartphone sensor can take in, and is one thing you shouldn’t ignore while choosing your smartphone camera. Smartphones generally come with an aperture ranging from f/2.0 to f/2.4. Although numerically this might not look like much of a difference, but it is. In fact, when it comes to lens transmission, f/2.0 is twice as efficient when compared to f/2.4. This difference can quite critical when it comes to taking pictures in low light. Therefore, for better pictures at night, in the evening, or indoors, prefer a larger aperture.

(Note: The smaller the term below ‘f/’, the larger the aperture.)

There are two types of zoom in a smartphone, optical zoom and digital zoom. Digital zoom, no matter how good it is, isn’t of much use. Basically, it just automatically crops a portion of the image that you are taking and magnifies it on the screen. Although this surely magnifies the image, however, it decreases the quality. As a matter of fact, taking the same image without digital zoom and then cropping it would give you similar results.

Optical zoom, on the other hand, happens when by employing lenses the camera makes the image appear larger than it is. In short, this is the actual zoom. Unlike digital cameras, optical zoom is relatively new for cellphones. So, getting your hands on a phone that offers even 2X optical zoom isn’t a bad deal at all.

5. Lens (Find out if your phone supports external lenses) 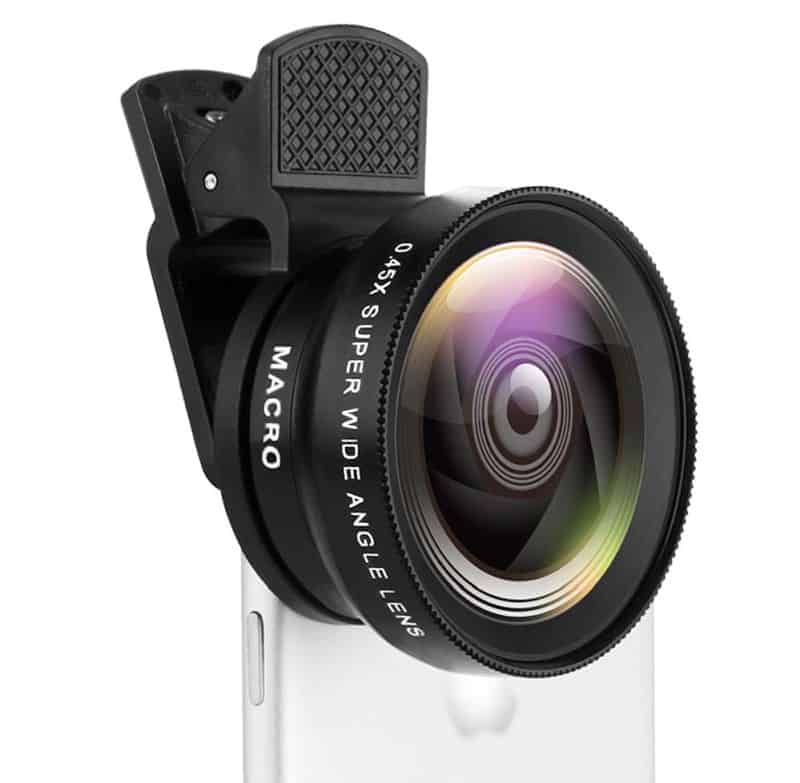 The features like Aperture, Zoom, etc. usually tell you how good the lens of your cellphone is. However, just like digital cameras, you can use external lenses in your smartphone as well. Depending upon how good the external lens is, it might have a great impact on your cellphone. You are more likely to find a wider range of lens options for the popular smartphones. Depending upon your need, many types of camera lenses are available in the market. Lenses like Ultra wide-angle (wider view), Telephoto (better optical zoom) and Monochrome are quite popular in the market.Some of them even require that you buy a smartphone case that’s compatible to the lens. So, make your choice widely.

Most of the smartphones have in-built LED flash. However, these might not be that effective when it comes taking pictures of the objects or people that are at a distance from the camera. Although there are a lot of phones with improved lighting functions like duel tone LED flash, you can also overcome this shortcoming by employing external flash. In case if you are used to taking selfies at night, then you should look for front LED flash.

7. Video (Should have 4K video recording) 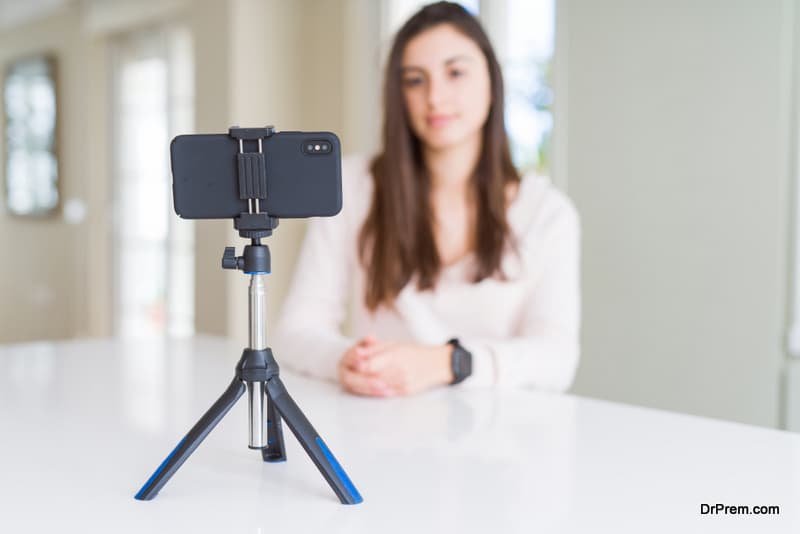 1080p video quality is good enough for normal use and 4K is a visible improvement over it, but since it has become a standard to have 4K in the smartphone, you should look for it. 4K video quality is so good that you can even post a cropped screenshot of your video on your Instagram and people would hardly notice the difference. In addition, having features for high-speed and slow-motion video is added bonus.

Nowadays, phones are coming that have 8K camera, but you shouldn’t be fooled by them. First of all, human eyes find it very hard to notice the difference between 4K and 8K, moreover, the 8K video come with an exceptional size and there are very few platforms that can display an 8K video.

Phase Detection is better when it comes to detecting things at a longer distance, while Laser Detection works better even in low light. Nevertheless, both of these have their disadvantages as well, Phase Detection is there in expensive and is usually there in only the High-End phones, where was Laser Detection requires external hardware. Even Contrast-Detection isn’t that bad, but in case you are opting for it, just make sure that the focus also has Face Detection feature.

9. ISO (Should have ISO Control) 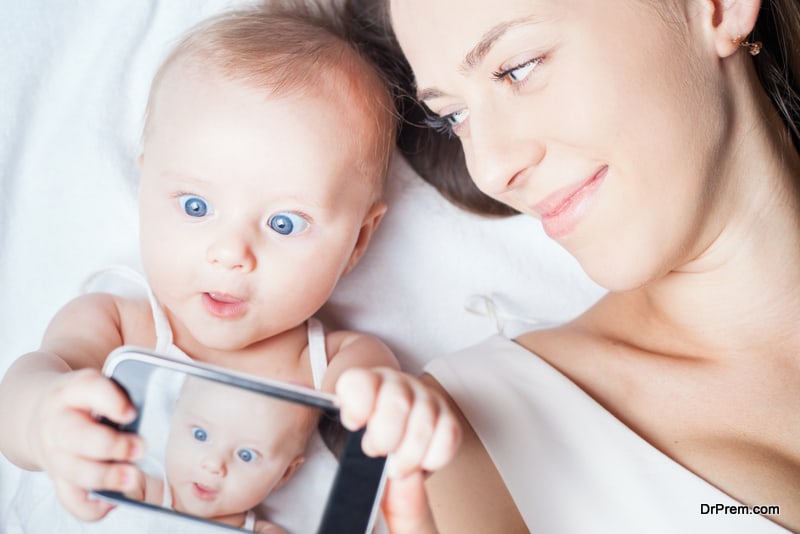 A poor ISO balance could result in either a bright and mushy image (low ISO level) or an image that’s not bright enough (high ISO level). Both high and low ISO levels have their own advantages and disadvantages. Therefore, you should go for the phones that not only offer a range of ISO, but also provide you the options to control the ISO levels.

10. Other options (Make sure the phone has HDR and Image Stabilization)

Moreover, there’s a difference in how our smartphone camera captures the image and how we actually tend to see things. HDR feature counters this discrepancy by providing higher dynamic range. This feature is particularly more effective while taking pictures outdoors.

Other important features that you shouldn’t ignore

There are other features too, which, although don’t directly affect the smartphone camera, but would certainly do so indirectly. In short, these innate features are the backbone of a smartphone, without them, no matter how good the camera is, it won’t be worth it. Three of these important features are: 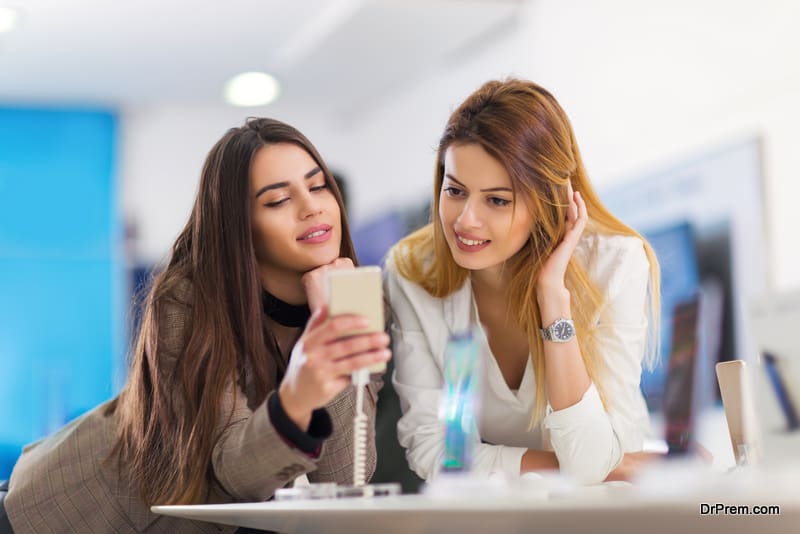 A powerful processor is a must when it comes to choosing the best camera phone as otherwise your phone would be simply unable to process the images. Therefore, you must do a little research about the processor before selecting the camera phone.

Taking pictures is a battery intensive task for your phone, and you certainly don’t want to take pictures with a camera that has a power bank attached to it. So, while buying the best camera phone for yourself, you shouldn’t make any compromises on the battery life of the phone. Pick the smartphones with best battery life. 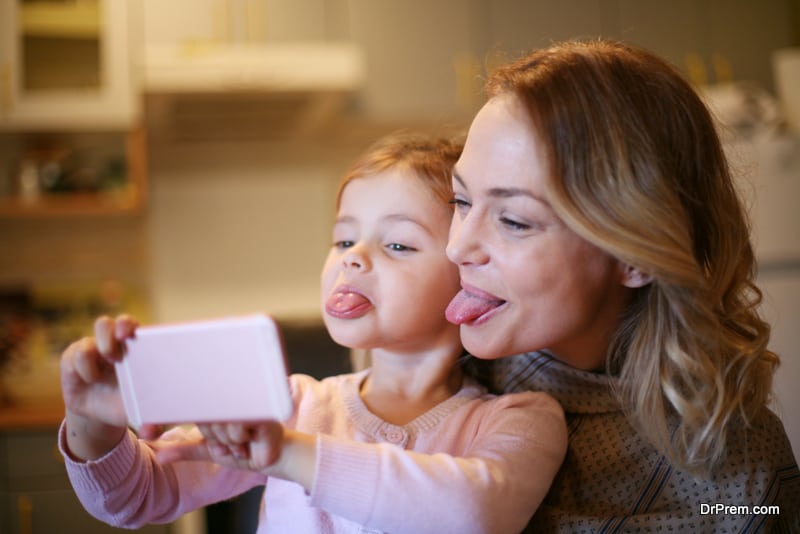 The better your smartphone camera is, the bulkier would be the images that it takes. Although a 64GB would suffice for the needs of most of the users, nevertheless, if you are one of those people who simply take too many pictures and never deletes them, then don’t go for anything less than a 128GB phone storage.