Wanna have more from your daily diet; simply go organic. Yes! The food produced organically. The advice comes from an intensive study of four years, funded by European Union, costing around ₤12m.

What the study says:-

• Level of antioxidants is up to 40 % more in organic food.

These findings like some previously held studies, once again harp on the very significance organic food contains. And the inevitable result of such propagations has led to the boom in its consumption around the globe like never before. It gets confirmed form the fact according to which in the US alone around 106 million households, comprising 30 million people, are buying organic foods, clothing or body-care products. Adding to this flow further, majority of grocery stores in the US is likely to go organic by the year 2020.

Still, some questions remain popping up, time and again:

• Are organic foods really healthier for you?

• Are organic foods more nutritious than their traditionally grown counterparts?

As far as the question of nutrition level goes, there are enough evidences showing that organic foods are in no way more nutritious or safer than conventionally grown foods. Moreover, studies are there to prove that traditionally grown food is not as harmful as it is claimed to be, especially in comparison with organic food. Amid such confronting findings, one is left with no choice, but to think:
Is it really the right choice?

Daily brisk walk may keep women away from cold!

Lower liver cancer risk up to 43% with coffee! 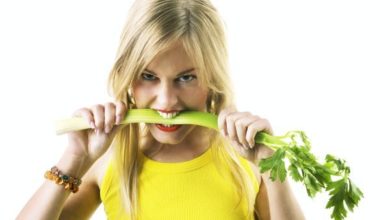 Common foods you should never reheat