Global Health Reforms and its Importance

Economic downturn, lack of human resources, increase in affluent disorders, ageing population, fragmented healthcare system, commercialization of healthcare and growing healthcare frauds are some of the key factors of increasing global healthcare crises, which have pressurized the health policy makers across the globe to reform healthcare systems.

On other hand, with growing trends, healthcare reforms have become more important than ever before whether it is a developed or developing world, every nation has some flaws in their healthcare system which requires reform.

When recession hit the world a few years ago, it was believed that healthcare and pharmaceutical industries were amongst those few industries, which remained unaffected or the least affected by it and reported positive growth when others struggled to survive. However, shrinking government budget and increasing healthcare costs have put a significant strain on governments across the globe.

The reforms that take place in health systems across the world vary depending upon various trends within the nation. They are driven by economy of the country, average per capita income spent on healthcare costs and expenditure, functioning of insurance industry within the nation, government support to the healthcare sector, research and development etc.

As witnessed by the large variety of different healthcare systems across the world, there are several different pathways that a country could take while making reforms. For example, the physicians in Germany have more bargaining power through professional organizations (i.e. physician associations). This ability to negotiate has an impact on reform efforts. Germany makes use of sickness funds, which citizens are obliged to join but are able to opt out if they come into a very high income bracket. The Netherlands used a similar system but the financial threshold for opting out was lower.

The Swiss use more of a privately based health insurance system where citizens are risk-rated by age and sex, among other factors. The U.S. government provided healthcare to just over 25 percent of its citizens through various agencies, but otherwise did not employ a system. The developing countries face innumerable challenges in accessibility and affordability of healthcare and thus the reforms are driven by the fact that affordable healthcare must be made available to the common man.

While developing countries face numerous challenges to streamline their health system, the developed nations are facing the challenge to reduce the rising healthcare cost. In developing nations, regulatory reform is emerging as people are demanding quality healthcare at a reasonable and sustainable cost. Government and health leaders are looking for cutting-edge solutions that do not repeat the mistakes of mature systems, which focused on outcome, keeping aside the rising costs. Thus, the proposed reforms are concentrating on reducing the cost of healthcare, along with improving outcomes. The reforms are also driven by technology that is eroding traditional models. The technology transfer is happening across all the levels globally. Reforms are taking place in the insurance sector as well.

The impact of Patient Protection and Affordable Care Act

In March 2011, the Patient Protection and Affordable Care Act was enacted by President Barack Obama, this act, released in phases over four years; creates a comprehensive system of mandated health insurance with reforms designed to eliminate some of the regulations insurance companies have in providing coverage.

The move has delighted the people in U.S., as under the legislation, health insurance in U.S. will be extended to all its nationals, new taxes will be imposed on the wealthy and all non-complying insurance practices will be outlawed. It is expected that the reform bill would expand the coverage to 32 million currently uninsured Americans. This revolutionary reform in the U.S. is expected to have a significant impact on other nations as well. It has brought a lot of cheer among offshore healthcare providers, especially for the nations, which provide outsourcing services.

India for example, sees a huge opportunity in the U.S. market in the future. Indian offshore healthcare providers expect to receive significant orders from various healthcare institutions from the U.S. For small and medium enterprises, this could be heartening news. The gain will be gradual, but as more Americans are covered under some sort of health insurance, the administrative burden would increase and Indian offshore healthcare offshore will benefit immensely. Most of the opportunities lie in medical coding, medical billing, medical claims review, claims follow up, collection management, and other backend services. This in turn would also lead to increase in employment opportunities.

Need to focus beyond affordability

The biggest obstacle in the healthcare sector is a lack of access to effective and appropriate medicines. Lack of access to medications is the common denominator in all the nations of the world, regardless of whether their healthcare systems are public or private. Healthcare reform must begin with reform in the way in which medicines are created and accordingly priced, which requires a series of improvements at Research & Development (R&D) level.

Thus, along with curbing the healthcare fraud occurrences and making healthcare affordable, R&D is another important segment where the focus of most of the policy makers should be on. If one plans to research and develop new products or services, the information for the same should be readily available or accessible for free and one should be eligible to apply for financial support – an R&D grant – or for R&D tax credits. Researchers should be encouraged by the government and private sectors alike for developing continuous innovations in the field of medical science.

The reforms should support the advancements in science at all the levels. Today, advances are being driven by genetics, the area that is transforming the medical sector and innovations. This new science will be the core of healthcare that is more personalized, predictive and preventative, enabling the focus to shift from treatment of diseases toward an emphasis on prevention, wellness and health.

The reforms should also focus on development and up-gradation of technology and infrastructure without which any healthcare system would fail to deliver required results.

In a developed economy, healthcare reform is needed firstly because healthcare costs are skyrocketing. In 2011, the average cost for a family of four increased by 7.3 percent to $19,393 in U.S. That’s nearly double the cost compared to nine years ago. As per the estimates, by 2030, payroll taxes will only cover 38 percent of Medicare costs. The rest will contribute to the federal budget deficit.

The reform is further needed to improve the quality of care. It has been estimated that chronic diseases cause 70 percent of all U.S. deaths, and affect 45 percent of all the Americans. As the population ages, the incidence of these diseases will grow rapidly. Each year, the cost of treatment totals $1.7 trillion, representing 75 percent of all healthcare revenue spent. This cost can be lowered through disease prevention and wellness programs.

Also, 25 percent of Americans have little or no health insurance to cover their costs. Not only is this bad for them, it’s also bad for the economy. Reforms in healthcare are also needed to stem the economic costs of healthcare fraud.

In developing nations, reforms can develop and should be on the basis of learning of the strengths and needs of individual nations.  For example in India, the population is getting increasingly health conscious. They need to be properly directed towards maintaining their health in the same way they direct their career and financial plans. Also, 65 percent of the Indian population lives in rural areas while only two percent qualified medical doctors are available in these areas. Indian healthcare today is urban centric. It needs to be reformed through providing good medical facilities in rural areas and also increasing the number of doctors, nurses, paramedical staff etc. Indian healthcare system should start from preventive care through nutrition. Reforms must provide impetus to lift the population, which is at the bottom of the pyramid.

The global healthcare system is witnessing significant problems arising from a shift in diseases, an increase of non-communicable and chronic disorders, growth in aging population, a fragmented healthcare system, commercialization of healthcare and increases in the cost of care while countries are facing a shrinking healthcare budget allocation. To overcome all these challenges, the authorities need to respond in a more proactive way. If the current system can’t provide a solution to tackle such challenges, governments need to launch healthcare reform on a national level, and international authorities need to launch global healthcare reform.

While reforms in developed nations focus on reducing costs, fighting chronic disorders and increasing number of people under insurance coverage; the developing nations need to reform their healthcare system through policies, medical infrastructure and technology, education and realization of right nutrition to lifestyle management. Reforms would also be driven by the fact that nations across the world are fighting fraud in health insurance. Acute and lifestyle diseases over time are also expected to be at the reactive end of the reforms soon.

To conclude, health systems worldwide need to work to develop a patient-centric health economy that is consumer-driven, as seen in other industries. Consumerism will transform how healthcare is directed, delivered and financed in the coming years.

Dr. Prem has authored various guidebooks and is a world renowned chartered consultant, writer and speaker. He has traveled to more than 30 countries, and has consulted on more than one hundred healthcare organizations, including governments & large private companies and healthcare event organizations.

Currently, Dr. Prem is providing independent consultancy services and trainings to various governments, large healthcare organizations and investors. He may be reached through his website DrPrem.com 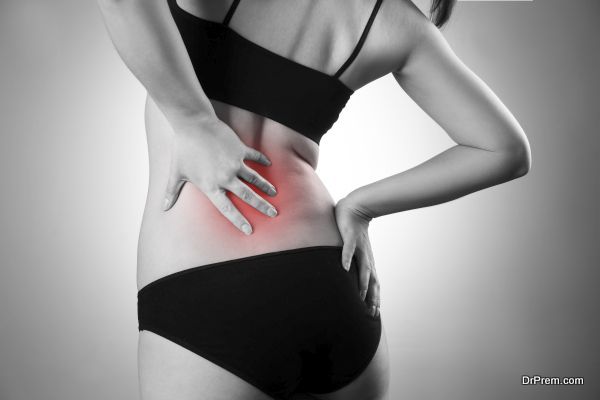 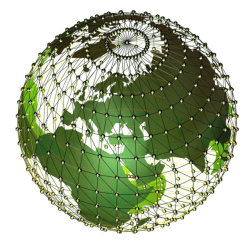 Sustainability in healthcare: A step towards green revolution