We all experience anxiety to some degree before any unpredictable event. However, a mild anxiety is normal and sometimes even beneficial, but if these worries and fear keep you away from living a relaxed life then it should not be ignored. Such mental illnesses could be the symptoms of anxiety disorder. If you often feel overwhelmed when facing new situations and unwanted fear goes over your head, you might be suffering from an anxiety disorder. Too much anxiety can cause distress that can make you feel distracted and preoccupied all the time. However, they are completely treatable with proper medication and physiotherapy.

Phobias: A phobia is a mental illness that relates to an excessive or exaggerated fear that interferes with a person’s normal functioning. The people with phobia always try to avoid the source of their fear even though their fear is irrational. Common phobias include fear of insects, snakes, fear of heights, and fear of air travel.

Panic disorder: Such types of disorders are characterized by the overpowering surge of fear resulting from unexpected panic attacks. People with such disorder experience long escalating and intense fear because of which many avoid public places and limit their activities outside their house.

Obsessive-compulsive disorder: People having obsessive-compulsive disorder experience certain intrusion images that compel them to perform certain behaviors, such as repetitive hand washing or repetitive counting numbers. Unwanted thoughts about injuring others and attacking someone trespass their obsessive mind. Later, these compulsions and obsessions counteract on their ability to function.

Post-traumatic stress disorder: People with this disorder constantly experience nightmares and flashbacks related to their past traumatic experience, such as physical or sexual assault and other catastrophic event. They often feel detached from the others and avoid things or places associated with their bad memories. Because of which, they suffer from irritability and trouble concentrating.

Although symptoms vary with the kind of anxiety disorder diagnosed, but common symptoms can be generalized as follow:

There are many treatments available that help people to overcome anxiety disorder. These include psychoactive drugs and behavior therapy. While self-strategized therapy such as exercise, meditation, and hypnosis can also help in reducing the symptoms.

If you have discovered anxiety disorder, it is advisable to seek a psychiatrist. Psychiatrists often prescribe varieties of tranquilizing drugs to help stimulate the neurotransmitter system. Antidepressant drugs like tricyclics and serotonin have been effective in treating certain anxiety disorders. However, a patient must be medicated as well as provided biofeedback through psychotherapy to get benefit out of entire treatment session. Psychoanalysis of the internal mind conflicts and other psychotherapy, such as cognitive-behavioral therapy may provide benefits when patients discontinue their medications. Such therapy encourages the patient to deal with his stress by challenging his irrational thoughts, e.g. to treat a patient with water phobia, the patient is exposed to that particular environment until he/she overcomes his/her phobia.

The tranquilizing drugs, such as benzodiazepines can be addictive and could have some physical side effects as well. So, before taking medication, you must take advice from your physician. Furthermore, it is possible that you can experience anxiety disorder symptoms again, so better to adopt a healthy, physically active lifestyle to prevent yourself from dealing with another phase of stress and mental illness.

1. Are there any side effects from the medication?

Benzodiazepines have a few unpleasant side effects. They can impair thinking ability and motor behavior of the patient, so it must be used with caution, especially in the case of a elderly patient. 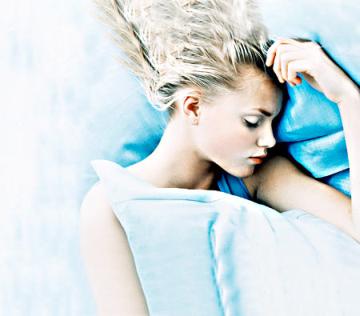 Atlast, a vaccine for Dust mite 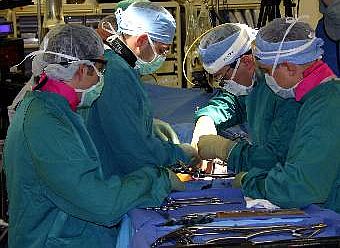 How to Increase Appetite