The pesticides banned for manufacture, import, and use are:

The two pesticide / pesticide formulations banned for use but their manufacture is allowed for export are:

The pesticide formulations banned for import, manufacture, and use are:

The withdrawn pesticides are:

The pesticides refused for registration are:

The ministry of agriculture’s secretary, S Kulshrestha, said the ‘main reason for banning’ pesticides was that some ‘involved a health hazard to human beings, animals and damage to the environment’. According to Kulshrestha, the ‘withdrawn’ pesticides ‘are likely to cause risk to human beings and animals as their safety cannot be fully established for want of complete data asked for from the pesticide industry’.

A pesticide is a substance or mixture of substances intended for preventing, destroying, repelling, or mitigating any pest. Herbicides, fungicides, and various other substances used to control pests are also termed as pesticides. The pesticides applied to agricultural lands enter the ground and surface water. The pesticide residues persist and sediment in water, soil, and vegetation for years. These residues have the potential to threaten the environment, wildlife, and humans. Pesticide contamination in food has become a huge global threat. And several pesticides have been identified as probable human carcinogens and some to cause birth defects, nervous system disorders, and reproductive problems.

As indicated by available figures, global pesticide use has increased 50-fold since 1950, and 2.5 million tonnes of industrial pesticides are now used each year worldwide.

Even though DDT has been banned in 88 countries, its widespread use is still evident in certain parts of the world to prevent malaria.

India, currently, has 203 pesticides registered under Section 9(3) of the Insecticide Act 1968.

Sexual Dreams Increasing in Women Or just an increase in 'Comfort Level'? 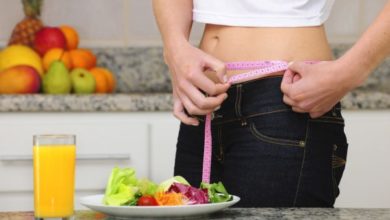