Dopamine is a neurotransmitter (serotonin is its well-known buddy) that monitors communication in the brain by sending signals, triggering an activity or instructing to refrain from it.  A study of the dopamine primer reveals interesting facts. It might have a contribution to evolving us as bi-pedaled Homo sapiens. Your mood, quality of sleep, learning potential, memory, concentration and motor control all are controlled by dopamine.

Too high a level of dopamine is as bad as having it too little. It may necessitate having natural dopamine antagonists.  Too much high levels of dopamine may raise the risk-taking tendency to dangerous levels, drive you towards unhealthy addictions or create a disorder in normal functioning of the mind.

Dopamine is also the ‘motivation molecule’ continuously pushing you towards your accomplishments. It controls your brain’s pleasure-reward system that you relish post accomplishment.

Dopamine – why a happy hormone? 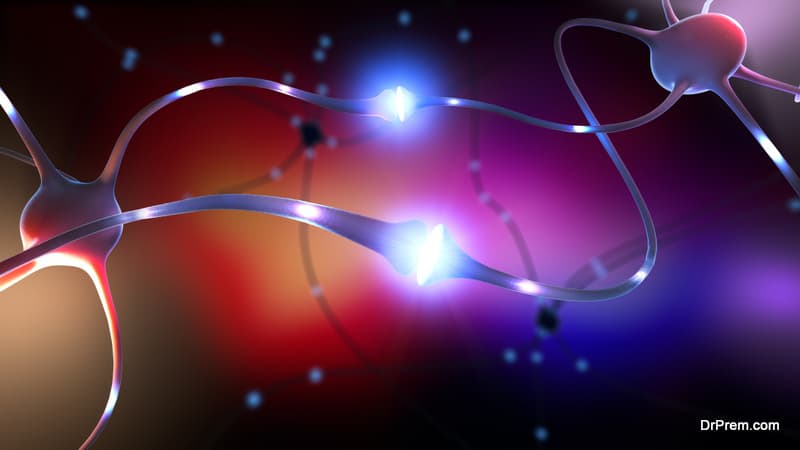 This super brain chemical is liberated whenever we have a pleasant sensation in the brain. Euphoria from drug, sex, socialization fun and other stimulus triggering a happy response bring about a swell in dopamine level. It hits the decision-making region of the brain.

It is not just the happy hormone – it also has other important functions like controlling movements and directing focus. Equally important is the brain pathway it is flowing along and functioning. Dopamine operates along strange paths.

Although a happy hormone, excess of dopamine is not desired. Natural dopamine antagonists are just around the corner. There is nothing to panic about uncontrolled truculence thanks to the enough blockers that push the level down!

The effects of a lower level of dopamine:

From a reverse perspective, a poor level of dopamine may have the following consequences: 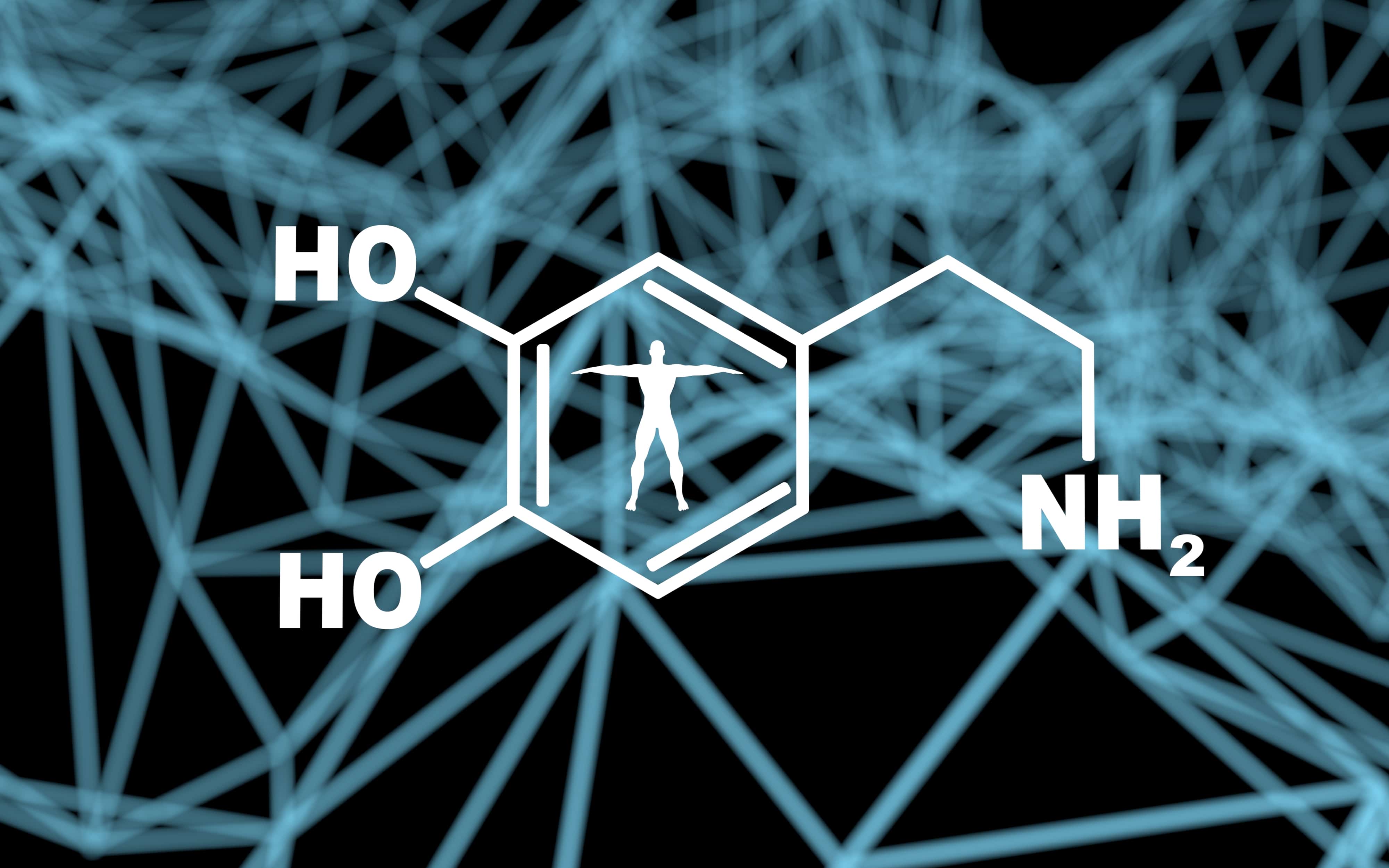 Too much of dopamine makes you aggressive, non-cooperative, an unnatural bend towards contests and vehemently imposing. It might lead to several mental health issues like hallucination, paranoia, psychosis, schizophrenia, attention deficit hyperactivity disorder or obsessive-compulsive disorder.

Interestingly, a “high dopamine” personality can display high levels of intelligence and remain obsessed with personal goals and achievements. They nurture a sense of personal destiny and an emotional detachment that may lead to ruthlessness and excessive risk-taking mentality. Too much of dopamine can blur the line between genius and madness.

How to lower dopamine level?

If you have more dopamine than it is necessary, there are natural ways to reduce it. Natural dopamine antagonists that limit the happy hormone are available. They should be taken only after consultation with a doctor. Prescription drugs and blockers are available over the counter that works by inhibiting the dopamine receptors.

An excess of dopamine is a consequence of an unhealthy lifestyle, poor diet and lack of sleep. Lifestyle management is an answer together with natural dopamine antagonists. How to lower dopamine will depend on taking certain nutritional supplements. 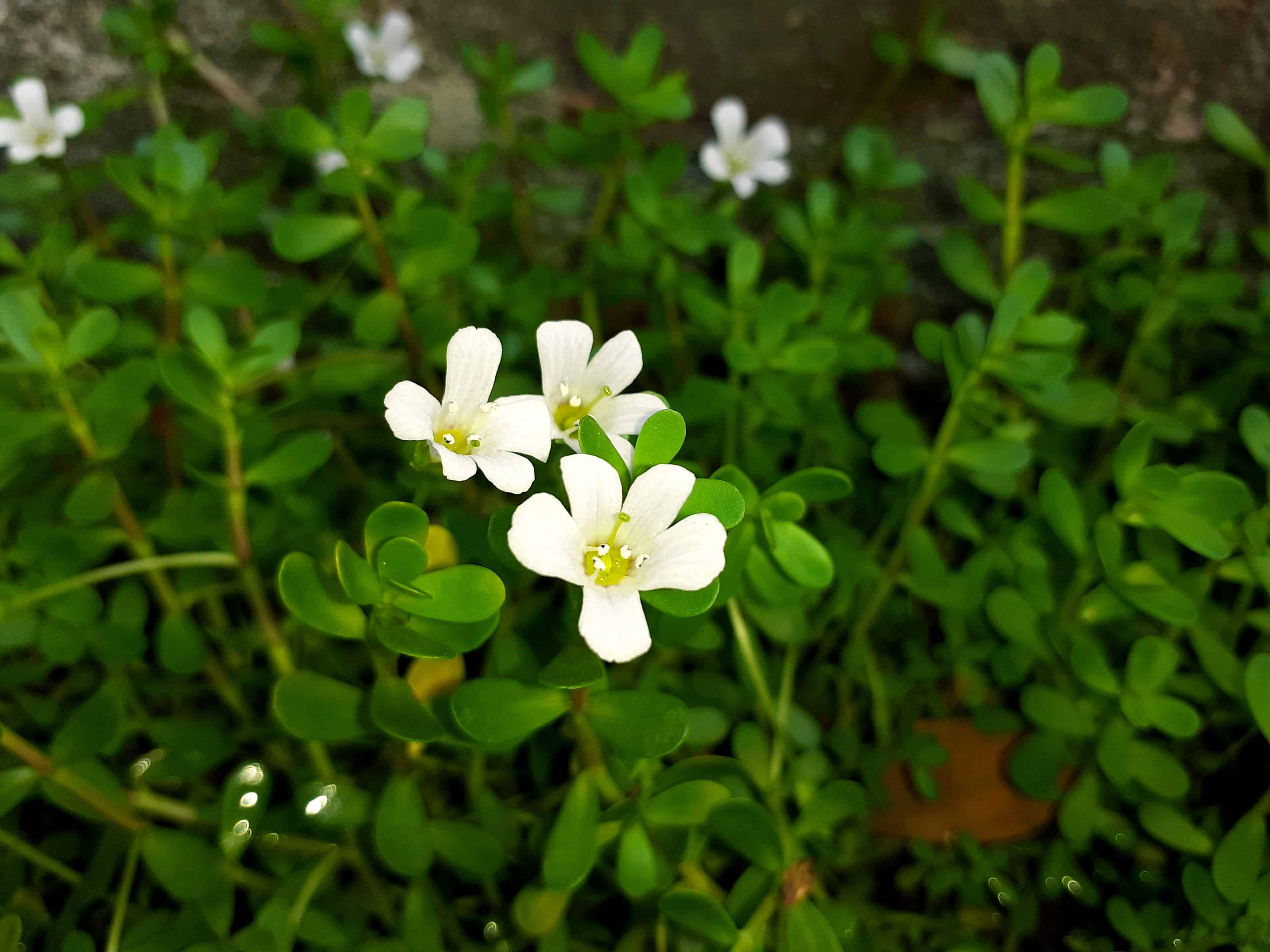 This has extensive use in ancient Indian Ayurvedic medicines. It is a potent herb that enhances brain function and aids in learning, retaining memory and focus. It controls levels of dopamine, serotonin and GABA by surveying the production level. It helps our body to attain a state of equilibrium called homeostasis.

A small tree native to China on which silkworm culture is done. It also helps in lowering dopamine level. 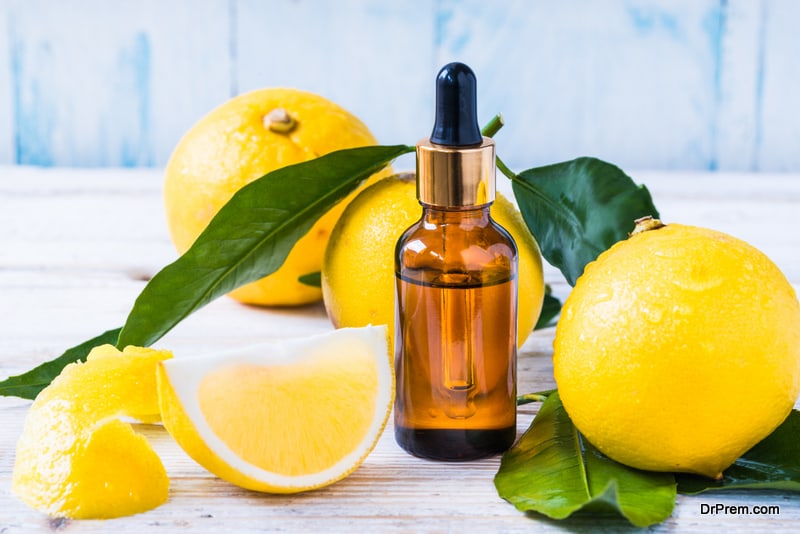 Inhalation of lemon oil vapor boosts up the removal of dopamine from hippocampus as it is synthesized.

Belonging to the poppy family, this herb was used in traditional treatments of syphilis and skin disease. The alkaloid bulbocapnine found in its roots is known to be one of the dopamine blockers that block the synthesis of the enzyme tyrosine hydroxylase required to convert L-tyrosine to levadopa, the precursor to dopamine. 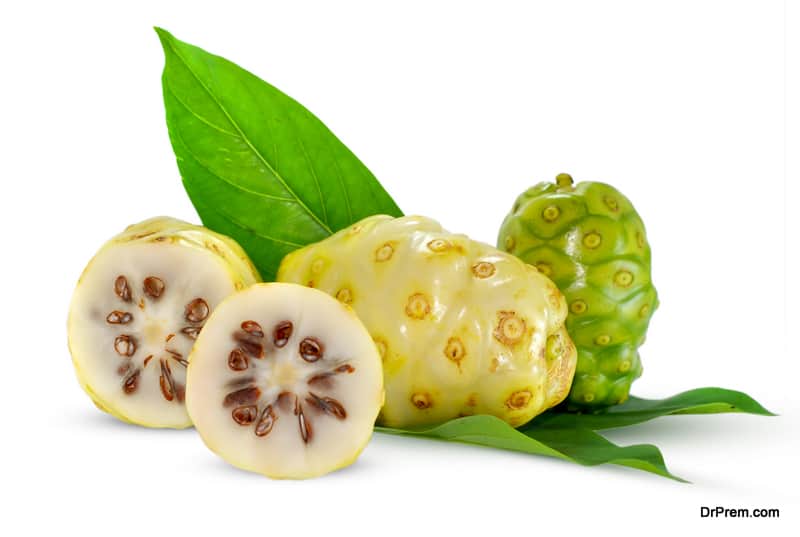 The scientific name is Morinda citrifolia and it grows in the volcanic soil of South Pacific islands. Its use in traditional medicine was large scale. Research has revealed its dopamine lowering property.

Used in traditional Chinese medicine as a remedy to digestive issues, this dopamine lowering plant matter is found in medical stores in the form of capsules, liquid extracts and powdered form. Tea prepared from the bark has healing properties of reducing happy hormone. 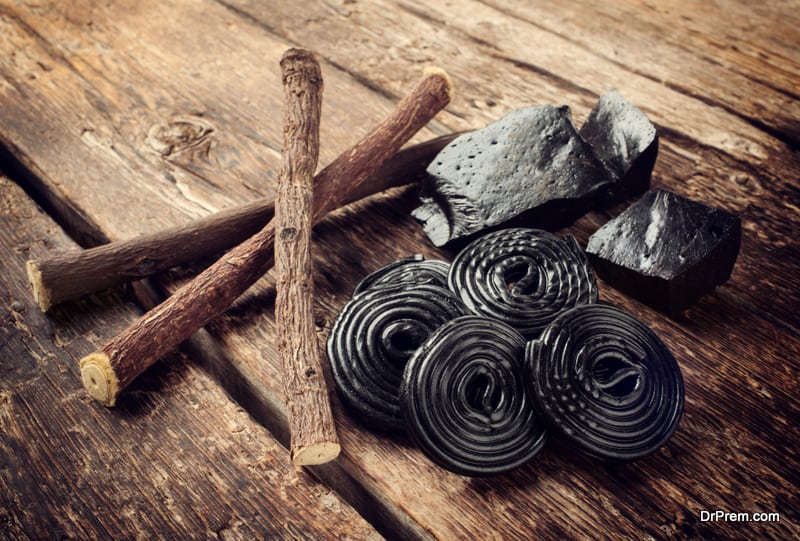 This natural dopamine antagonist should be taken in moderation. The US Food & Drug Administration sends an explicit public warning. It may possibly be detrimental to brain health if taken in excess.

Licorice was used in traditional Chinese and Ayurvedic medicines. It contains isoliquiritigenin, a bio-active compound that impedes the production of dopamine. Best is to consult a doctor before taking.

Production of dopamine depletes B6 level so you got to replenish the lost quantity. 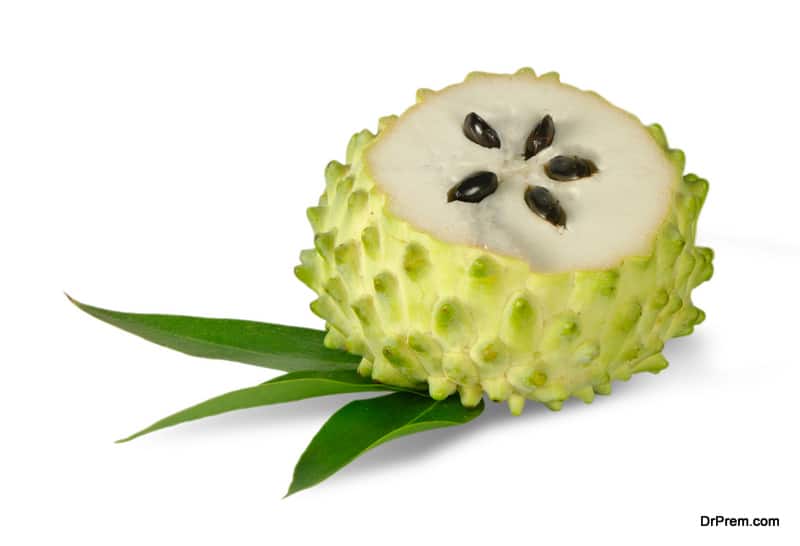 The fruit and leaf extracts of this evergreen plant contain high levels of annonacin that destroys the nerve receptors involved in dopamine excitation. However, this should not be taken during pregnancy. Those with low blood pressure or taking blood pressure medication should also stay away from it.

Maintaining the equilibrium between dopamine and serotonin: 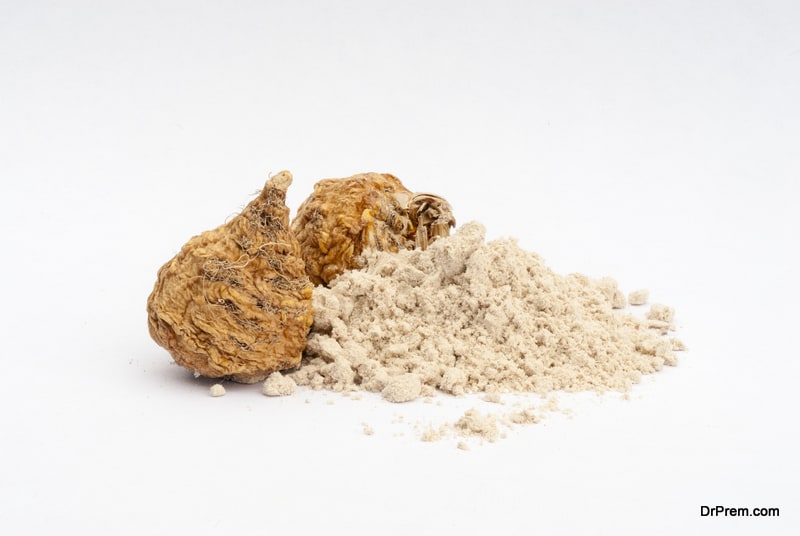 Dopamine and serotonin stand at a trade-off equilibrium. Increase in one reduces the other. The levels of both these neurotransmitters go along a rise and fall caused by illness, lack of vitamins, medication and supplements.

Ideally, for a perfect balance, both of these chemicals should balance out each other. An imbalance will damage brain functioning. It is a much safer option to depend on herbs to control levels of dopamine and serotonin.

The following herbs help in increasing serotonin and lowering dopamine. They can be found in market or farmed in the kitchen garden.

This dopamine primer is all about lowering the happy hormone. While consuming natural dopamine antagonists, it is important to weigh the pros and cons to avoid unnecessary side effects. Give equal importance to sleep, stress management along with minimizing sugar and caffeine intake. If you detect symptoms of any dopamine-related mental disorder, make sure to consult your doctor before taking to natural remedies.