The melting ice in the Arctic is a cause of concern. Surely, you too must have read about this phenomenon and blamed climate change. Climate Change is a reality that we read about but it’s also an abstract entity for many of us, as we can hardly imagine that our actions thousands of kilometers away from the Arctic could have any bearing on the ice melting there. But a recent study has found that every single person’s carbon footprint does contribute to the sorry situation in the Arctic. Read on to find out how exactly that happens and how your reduction of carbon emissions can help to save the Arctic:

According to Dirk Notz, the co-author of the study and an expert on sea ice, this study could have been done 20 years back. The study also calculated thatit would take 1,000 billion metric tons of CO2 in the air for the Arctic to be free from sea ice for the whole of September. Which means, in about 29 years, we can expect to see this become a reality.

A large number of studies have found the connection between shrinking ice cap in the Arctic and weather changes in the extreme. The reason is because CO2 is a greenhouse gas which traps the heat in the atmosphere. If the temperature increases, the ice edge retreats to the north to a region of lower sunlight and in order for the balance to be maintained, the ice cover shrinks.

Relationship between your emissions and melting ice

The CO2 in the atmosphere is due to our actions. The cars we drive, the planes we fly – basically most of our actions in our daily lives have a carbon footprint. Scientists are now saying that after 29 years, if we want to have sea ice in the Arctic, people the world over have to aggressively  reduce carbon dioxide emissions. This new information must make everyone sit up and make a concerted effort to make changes to their lifestyle in order to cut down on carbon dioxide emissions.

As a result of this study, now we know that everyone is responsible for the Arctic ice melt. No one can actually think now that a single person cannot make a difference, because they do.Every person has a carbon footprint and it has been calculated that a family consisting of four people in the US would be responsible for the melting of a patch of ice, the size of which would be bigger than an American football field. Not only ice, but animals which are dependent on ice like walruses and polar bears would also be destroyed. The study also compared the habits of people worldwide and found that a person in the US is responsible for 10 times as much ice melting than a person in India.

How you can make a difference

The scientists who conducted the study state that the link between human behavior and the ice cap melting has led to them changing the perspective on their day to day behavior. Now, you can make a difference by changing your lifestyle to a greener one. Reducing the use of your car and walking or using public transport, recycling and reusing as much as you can, eating organic, and eating food which has less carbon impact, are some ways in which you can make a difference.

The study is concrete evidence that our behavior directly affects the environment. The carbon footprint of every person on the planet is directly responsible for climate change and global warming, and we must all take steps to reduce our carbon footprint. 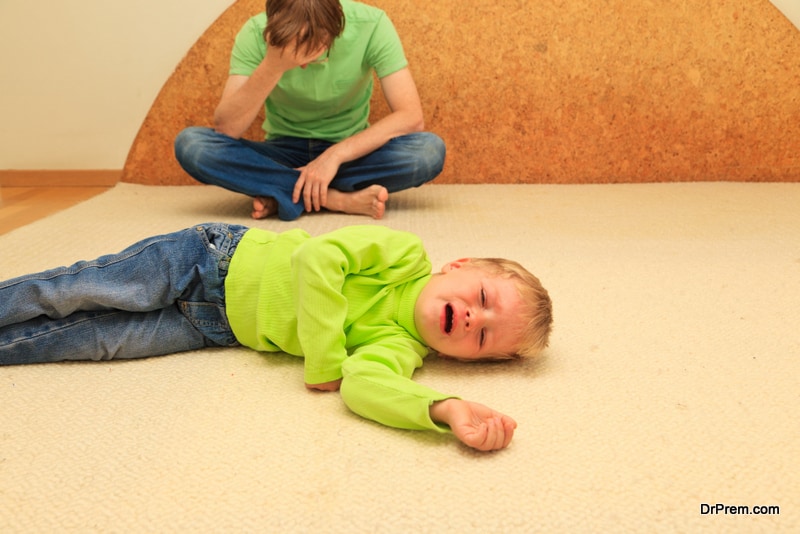 Smart ways to deal with defiant and rebellious behavior in toddlers