The world is going gaga over the green trend. A lot of individuals as well as companies are coming forward to help the environment by introducing innovative technologies they think would save the earth. Sadly, not off these green inventions actually work out, with several of them failing miserably in fact. Here are 8 such green inventions that took a beating for the worse at the hands of experts and critics.

Resembling the standard ferry that takes you across the river, the floating gym aka boat transports you downriver, but with a twist. Instead of using standard fuel to ferry you across, the gym actually derives its power from you. That’s right. In order to get downriver, you would need to work out along with the other commuters in the gym. While we think this is a pretty cool idea to tap into the wasted energy in gyms, we wonder if anyone would be open to the idea of sweating it out in a gym with others while on the way to office.

A lot of hybrid cars have been doing the rounds of late. However, Ford’s hybrid car model is something we believe no one would be interested in now and in the near future. The model features an assembly that looks like a glider plane literally crash landed onto a car. While the makers believe that owing this vehicle would allow one to both ride and fly it, we bet no one would want to be seen even close to this hideous contraption.

Experts believe that a lot of energy caused by the heat and friction of on road vehicles is wasted. Ideas about a special absorbent surface on the road that would harness this energy to be reused elsewhere have also surfaced. However, one would need to note that these cells possibly cannot be fitted onto an infrastructure that is already in a state of repair. Added to that is the fact that the cells can get damaged with time and over exposure to heavy vehicles, thus making this idea sound unfeasible altogether.

This one really hits the roof! Scientists have discovered that cow farts contain dangerously high levels of methane that can harm the environment. They have also found out that a bacteria in kangaroos prevents the latter’s flatulence from being methane-laden. This has led to the revelation that isolating this bacterium from the kangaroo’s flatulence and injecting it into cows would help the latter enjoy methane-free farts. While the practicality of this approach itself is questionable, we all saw what happened when cows in Britain were force fed a meat based diet to increase milk production.

Now wouldn’t that be a cool idea? Having solar powered inners that can harness the sun’s potential and transfer it into usable energy seems like a very green idea. However, one has to note that a solar powered inner can be bulky and rather uncomfortable. Plus, there is no telling what may happen when you play with electricity.

Here’s another seemingly baseless green invention that no one is probably going to choose any time in the near future. The solar powered fan hat claims to be your savior during a particularly hot summer day. However, wearing the contraption on your head would surely attract plenty of stares and smirks. In the end, you will feel it would be much better to get the same effect with a magazine instead.

You might consider this to be something right out of a sci-fi comic. A scientist has claimed of inventing a machine that would harness a tornado and convert its momentum into reusable energy. The scientist has also claimed that he can control the tornado and switch it with a single button. But considering the fact that tornadoes are some of the most uncontrollable things on earth, we wouldn’t want to see anyone playing around with them and causing mass destruction in the process. 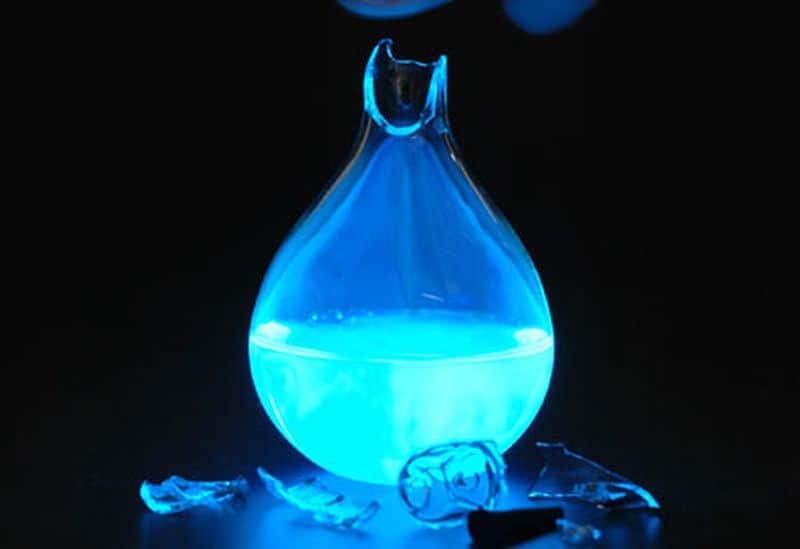 Designed by Mike Thompson, the Blood lamp requires human blood to work. A single drop of blood is what it takes to activate the lamp, with the designer pointing out that the idea would create an awareness of how costly these lights can be. However, we feel the blood lamp will actually create the opposite effect by prompting individuals to keep the lights on forever in order to avoid shedding more blood to turn them on again and again.

While some green innovations tend to impress us, others don’t. From human powered floating boats and absurd hybrid vehicles to tornado catchers and blood powered lamps, etc. these are some of the worst green invention failures we have come across.