Benefits of having a wireless video doorbell system

As we are aware, a doorbell isn’t just a device to inform the home occupants who is at the door nowadays. It’s been a part of the home security system from quite some time. A video doorbell sends the visuals of the person at the door.

With the help of speakers and a microphone in the bell, interaction can take place between the visitor and the people inside the home. Adding to these features the wireless version will connect to the smartphone of the user and inform him of the visitor, regardless of his location.

The motion detector feature of the doorbell is one of the coolest features in this video doorbell. The user will be informed of any activity in the vicinity of the device by the Ring app and the high definition night vision camera is activated spontaneously. The app is available on iOS and android compatible devices.

The user will be able to know who is at the door, as there will be an alert sent to the app. The user can interact with the visitor using the microphone and the speakers on the gadget. One more reason for the user to be happy about the bell is that if it gets stolen, the company will replace it without any extra cost.

The manufacturer of the Skybell claims it to be the only video doorbell that would give the user an on demand video through its app. They also mention the operating temperature of the bell between -40 to 150°F, the widest in the competition.

As soon as the wireless video doorbell is rung, there is an alert on the user’s smartphone. The user can interact with the visitor from his smartphone, no matter where he is. Additionally, there are features of night vision and motion detection in the Skybell. The user through the smart app can even turn of the sound of the bell from anywhere.

The DoorBird wireless doorbell from Bird automation is compatible with the Apple’s HomeKit and a couple of other smart home devices. The motion sensor of the Doorbird will inform the user on his smartphone of any activity near the door, the user can also choose to sound the alarm. When the visitor rings the DoorBird bell button, the iOS or android smartphone of the user would get an alert.

The user will be able to see who is at the door, even from a remote location. The device is capable of taking and storing pictures of last twenty visitors. Additional cameras known as the BirdGuard cameras can be purchased separately and added to the Doorbird for enhanced security. 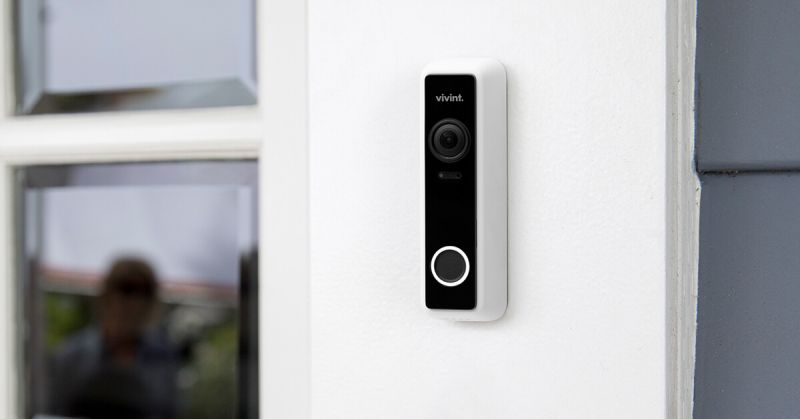 This is a smaller than expected video doorbell from Vivint Sky Smart Home series. As soon as a person approaches, the doorbell starts recording. The people inside the home can glance at their front door from the panel mounted on a wall inside. The user can converse with the visitor and get the visuals via the Vivint app on his smartphone as well. The Vivint doorbell can be integrated with the Vivint home automation system.

The catch with the home automation is to keep up with the technology. Although it is much easier for a tech savvy person than a not so tech freak. On the brighter side, it makes one’s life more sophisticated and easy. Installing a smart video doorbell will bring you peace of mind.