<![CDATA[We all want to make money. Moneymaking is the final destination for us all and all the human activities ultimately boil down as to how to make an earning and a living thereby. Each one of us has a desire to make an extra buck, just an extra one to snatch a pie off the loaf.

All of us desire so, but only a few among us know how to do so. Here are some of off the track jobs that the people undertake to make some extra money. They may be unusual, weird, or out rightly revolting to your sensibilities but it is just the way you chose to see the one-half.

Who would like to be bogged down under quintals of weight? Well, Odette Delacroix does. This 5-foot tall petite British model is paid to be squashed down by her plus-sized co-models, all wearing nothing but bikinis.

Quiet a fantasy shoot out for Fat fetishism but not an agreeable experience for this 25 years blond who has sometimes to hold onto her breath for minutes during the shooting. However, if the results turn out to be a bit of fetish feast for the blokes, there is a small fortune in the waiting for the lady!

Were you ever paid for wearing clothes? Well meet the man Jason Sadler; the guy who makes money wearing T- shirts. He got the unusual idea of selling ad space on his chest six years ago and was able to pull out an impressive $70,000 in the first year of his business.

Pricing is based on pay per day basis. The willing companies paste their advertisement on the torso of his T- shirts and while wearing it, Mr. Sadler makes appearances around the web on popular social and media sites as Twitter, Flickr and live streaming site Ustrem.tv. He also maintains a blog.

If clothing does not amuse you and eating is your passion, then here is how you can eat your way out from money blues. Park Seo-yeon of South Korea gave up her full time job at a consulting firm in order to pursue her affair with eating. As she eats, the people watch her, and she is is paid by them to see her doing so.

The people click on the link on her pay to see web page and she gorges down morsels from her big meals before her paid viewers. Gastronomical voyeurism as it is called, feeds on the awkward feeling of the people who live alone and eat alone in a rapidly economically developing country.

Earning seems really a game for the 24 years Joseph Garrett whose bedroom games help him earn millions. However, he is no block headed dude locked away behind the doors as seen from a devoted following he has on YouTube channel that gets him more hits than even Justin Bieber.

The devoted gamers, mostly young delight in watching him on line so that they can perfect their own skills and become better players. The most popular game is Minecraft in which the players build their own virtual world. With millions of hits on his channel “Stampylonghead”, even a fraction of share of advertising on YouTube is slated to build him into a millionaire.

The 52 years old Canadian, Gayla Neufield knew she was “pre-destined to be big.” She now earns money by showing off her oversized 96-inch belly to the people around the world on-line. However, her idea is not wholly to earn money or send out the message that to be fat is good. Her activity partly aims at comforting those people who are socially marooned because of the oddities of their bodies and tell them that they should be happy with what they have.

If the above examples have inspired you to bring forward some of your own oddities, eccentricities and fanciful talents, then here is your way to march forward with confidence and display them to the world while making a fortune for yourself.]]>

Which brand offers the most comfortable work shoes amidst Sketchers and Mozo for women? 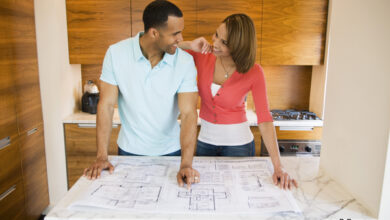