Ample researches have linked the neighborhood influence on child development pointing out some critical issues. But are we taking a serious note of this? It has been seen children when shifted from compromised and sick living quarters to decent pads improved on health. Hospital visits dropped owing to this change of ambience and lifestyle. Children growing up in slums and crowded localities filled with shouts, quarrels and garbage are exposed to erosion in moral values.  Studies show that it is the quality of neighborhood that shapes an adolescent mind. A bad neighborhood is bad because people living there do not follow the norms of a civilized society.  The attitude is infectious, rotten surroundings have always bred diseases, school dropouts, criminals and children with everlasting personality issues.

Efforts are underway to seek if neighborhood issues and its effect on child’s personality could be resolved.  Improvement in dwelling areas and moving away from the wretched neighborhood could bring in some positive changes in children’s minds. A new study conducted, selecting 4604 families focusing investigation into an average age of eleven years reveals interesting results.  Children of families gifted with housing vouchers for relocation to low poverty neighborhoods went to hospitals fewer times.  Records of hospital admission for this group were 16% less than those living in the poorly maintained neighborhoods.  The annual hospital expenditure for relocated families fell by 24 percent.

On an overall cost-benefit scenario, the expenditure on shifting families to low poverty neighborhoods is on the favorable side.  It is offset by a drop in health restoration expenditure on children. However, the biggest stumbling blocks for improving housing and other needs for better children health are:

It is pretty hard to map out the entire program within a dedicated time frame so that which ways the efforts are channeled are not always pronounced.

According to Lesley Cottrel, professor of pediatrics at West Virginia University and Director of its Centre for Excellence in Disabilities, improvement in housing would benefit children’s health.  Improvement in housing is likely to nurture a healthy neighborhood.  So the positive connection between a decent neighborhood and child development is apparent.  Besides housing, infrastructure, transportation and school education have a say in molding impressionable minds of kids.

The neighborhood quality has a permanent impression on children’s behavior: Several studies conducted at different points of time reveal that neighborhood influence is crucial for child development.  A research carried out at the John Hopkins Bloomberg School of Public Health hits upon startling results.  It advocates that it is extremely important that children be exposed to quality neighborhood for intellectual development.

In the industrial western societies, 6 to 7 percent of the children draw in garbage from an ill-structured neighborhood.  As they grow up, more of them show trends of rebellion, delinquent behavior, stealing, and car lifting and street fights.  It is simply a glaring example of growing up in a bad neighborhood.

A sample survey of 3563 children was conducted between 1997 and 2007 with the intent to explore parental reviews on neighborhood.  Neighborhoods were assigned grades as “good “, ” fair ” or ” poor ” with reference to child upbringing on a 0 – 20 scale.  Zero was considered the worst and twenty, the best. In the context of the set benchmark, parents answered questionnaires on their children’s behavior.

The sampling experiment inferred that children between the age group of 7 to 12 had behavioral issues for ‘ poor ‘ neighborhoods whereas for excellent neighborhoods, their behavior was stable and socially acceptable.  With a little statistics, the mean problem behavior count was 4 and externalizing problem behavior (like aggression) count was 1.7.

Behavioral disorder in children belonging to the faulty neighborhood is mostly a fall-out of family distress.  Dysfunctional families absorbed negativities of a deteriorating neighborhood and passed on the same to their children.  However, the study also found children less than six years were rather insulated from neighborhood abuse. The scary part of it, when these juvenile delinquents grow up, the violent instincts in them would magnify.

Professor Anne Riley in the Department of population, family and Reproductive Health at Bloomberg School has made contributions in this area.  She holds that neighborhood influence is crucial for child development.  Further, she adds that the impact of social atmosphere on children has a linear relationship on time scale.  Better the neighborhood better the children and more the time of exposure deeper is the impact.  She also notes a better family atmosphere may give some protection to the child against evils of a chaotic neighborhood. It is not just enough to identify the effects of growing up in a bad neighborhood and just sit back. Which are the factors that have made a neighborhood bad? This is more important. The role of family, school and neighbors is important in shaping the children’s mind and if we don’t take one further step to identify the source, it is simply the effort getting wasted.

From the opinions of independent reviewers, primarily 5 five causes are to blame for the falling quality of a locality.  They are:

Though many parents are aware that neighborhood influence is crucial for child development they have little options.  They see how the cultural deterioration of places they live eat into their children’s psyche.  They are helpless and unable to move out for reasons like:

They kind of resigned to fate living in a disturbed and impoverished neighborhood ruining their children’s mental and physical wellbeing.

Housing and neighborhood play a vital part in putting children on the right track: Neighborhood influence is crucial for child development is certainly now gaining ground.  Here we go with how this can be achieved on a positive note. Research is underway to find out elemental features of neighborhood and their impact on children’s minds.

Parameters like overcrowded living quarters, quality of residences and residents, financial support for moving into comely locations, affordability and stability have a role providing correct neighborhood, a neighborhood that will support the healthy growth of children.

Since the neighborhood is vital for child development, it is advisable not to shun the known surrounding and opt for relocation.  A structural repair of the known neighborhood can help. A known neighborhood gives you the very familiar atmosphere you have grown up in. One may not get the homely feel in a new location. What is required is rehabilitation and elimination of negative features.

A bad neighborhood can damage generations: Now comes the most striking part! The influence of neighborhood on the child does not end in one generation.  A bad locality can ruin the moral fiber of posterity as well.  The role of family, school and neighbors extends beyond one generation.  In their research on historical effects, Shankey and co-author Felix Elwert conducted a study on thousands of American families.

The history of their growth, achievement or otherwise has been recorded since 1968. Parents who were not educated generations ago passed the poor education down the generations if they didn’t move out to locations inhabited with educated people.  Since education and job has a close correlation, descendants of poor earners could not shake off the curse of meager income.

In contrast, those who moved out to greener pastures had second or even third generation bloodlines doing well in terms of education and decent employment.  In the context of neighborhood influence for child development, we cannot be blind to the racial factor involved.

For generations, American blacks haven’t left their favorite ghettos.  Criminal activities here reach new heights.  In studies conducted, 41 percent of African- American parent- child pairs grew up in sick neighborhoods up to two generations.  They inherited the vices of their predecessors.  The influence of a bad neighborhood is a force to reckon, it’s contribution being substantial to social and economic crimes. 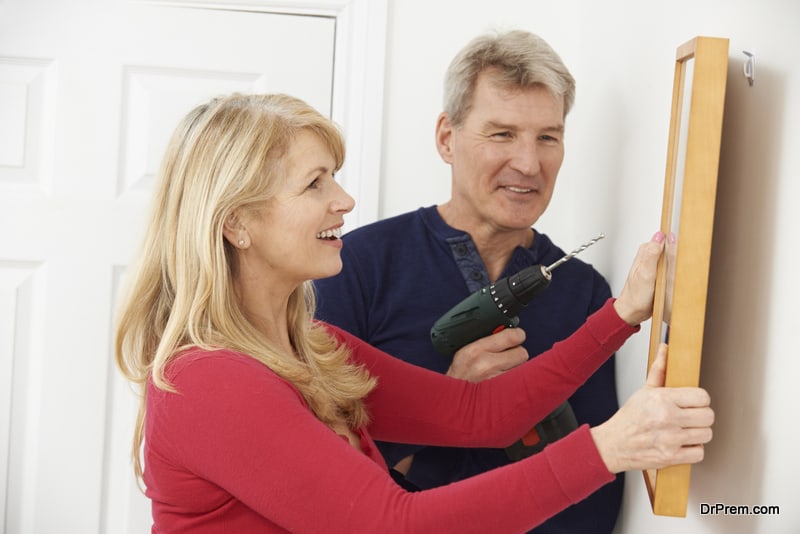 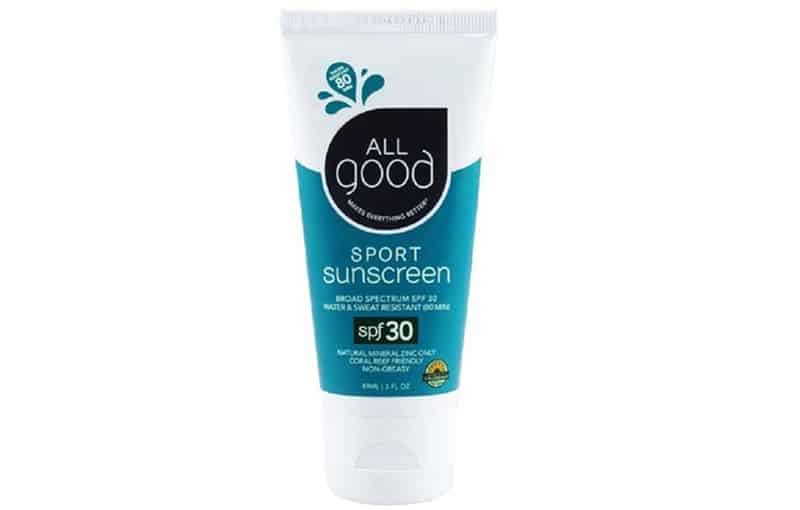 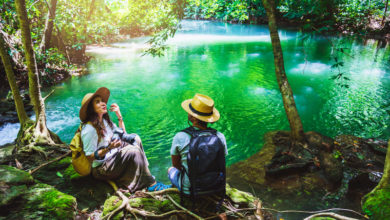 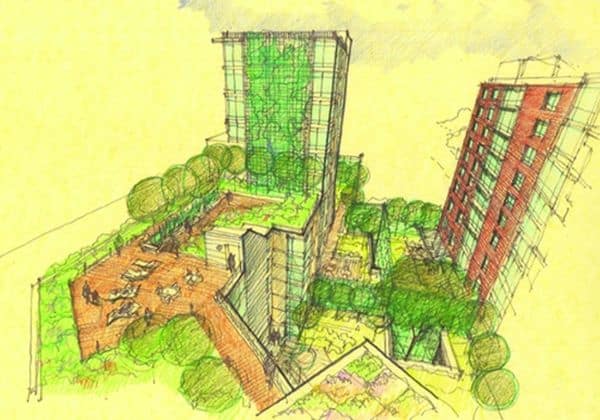