Parenting itself is a difficult task and when it comes to single parenting, the challenges are numerous and overwhelming. Every military family faces a tough time coping with relocation, deployments and other demands related to military life. And these demands become more difficult for children, as detachment from their father for months results in psychological problems and feeling of loneliness.

The military world is altogether different from that of the civilian life. This life involves an enormous deal of dedication, courage and discipline and it gives back dignity, honour and pride. Despite these good qualities, military life has a negative impact on family life, particularly children. The stress that the wife and children of military personnel faces is indeed overwhelming. Children express their pent up emotions in innumerable ways; few via rebellion, few via negative relationships with friends while others through depression. This is because children lack the support of their father and thereby experience trauma, mental health and other related problems.

The most stressful event in a child’s life

Military life creates psychological stress in children. Frequent moves, multiple deployments and having to stay with a single parent are indeed a reality for most children in the military families. This indeed becomes one of the most stressful parts in their life. Some of the challenges that children face includes:

Taking every decision alone with no one to confer with usually causes loneliness for the spouse. She does not have her better half calming her at the end of the day or talking to about the children. Lack of support is one of the greatest disadvantages that they face. Mothers with husbands or partners possess support in parenting and thus have some good backup.

All you need to know about Attachment Parenting 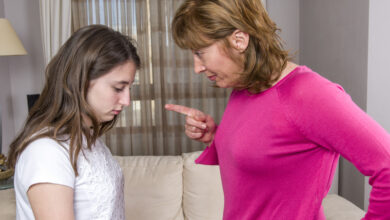 Effects of undeveloped parental relationship on the maturation process