According to a report released by the Global Wind Energy Council (GWEC) and Greenpeace, the wind power has the capability to supply 34% of world’s electricity by 2050 and according to the researchers wind is the only solution left to meet the world’s electricity demand. However, due to the climatic change, the speed of the wind is declining in many states in the US including Indiana, Michigan, Kansas, Georgia, northern Maine, Ohio, Illinois, Virginia, Louisiana and western Montana. In addition to this, many countries, irrespective of the US, are facing similar problems of reduction in wind speed.

So, can we still say that wind is the future and is sufficient to supply electricity and meet the world’s energy demand? According to Jack Steinberger, 1968 Nobel Prize winner in Physics and director of CERN’s particle- physics laboratory, “Wind is not the future”. He suggests that the wind is losing the power battle and instead of spending money in installing large wind turbines one needs to find better alternatives.

Reasons why wind is not the future

• Backup power: The wind power requires backup power when the wind is not blowing. You can’t efficiently bottle wind; storing the electricity will require lot of batteries and converting it into heat to store and back again will be very wasteful. Therefore, it will be a wastage of time to store winds.

• Speed of wind: To generate electricity, wind should be blowing throughout the day to get better results and it varies globally. Therefore, it’s very difficult to get the same output due to extreme variations in speeds.

• Maintenance cost: The maintenance cost is higher than other sources of renewable energy. For example, a three GW solar farm will take less work force to maintain than a three GW of wind turbine.

To meet the world’s energy demand in the future, better options are required. The solar thermal energy is better than the wind energy. It is much cheaper and can handle the storage problem. The Solar concentrators convert sunlight into heat energy directly and can be stored properly. The solar plant generates enough electricity when the sun is not shining and can be used on cloudy days.

Other option can be CO2, which can help power one’s house. You just need a CO2 sucker to collect the CO2 from the cars and tress. The trees can build the initial charge to power your homes.

Scientists say that generating electricity from geothermal power plant is completely safe, clean and has the capability to meet the world’s annual needs without affecting the environment. However, the cost to build the plant is higher and an investment of billion dollars is required. 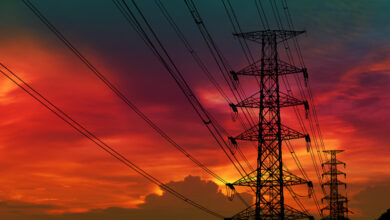 University of Illinois demos how to conserve energy