The day is finally here. You will be heading out for a camping adventure today. You will create mind-blowing memories and experience exciting moments. But imagine, in the midst of all this fun, frolic and adventure, you encounter danger. A wild animal has targeted you. How will you survive the attack? Fret not! Here is a guide to surviving wild animal attacks while camping out in the woods or on the hills. 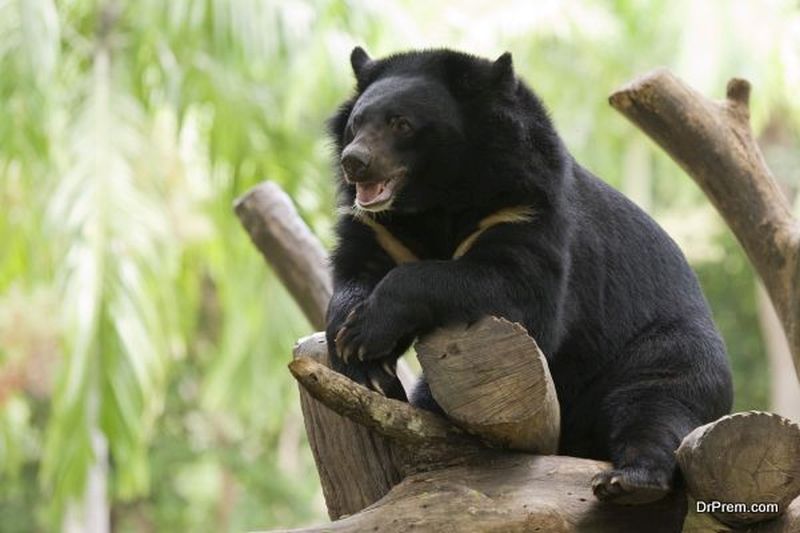 You cannot deny the fact that bears are quite dangerous. Mother bears are even more dangerous. If you come face to face with a black bear, the best way to survive is by making yourself look larger than you really are. This illusion will force the bear to not look at you as its prey.

Once you stand tall, start waving your arms around. Create loud noises. Ensure that your children or other pets are away from the bear. Move around slowly. Remember to not approach the bear nor run away from it. Be cautious and careful. Take simple, concise steps to avoid the attack and you will be fine. 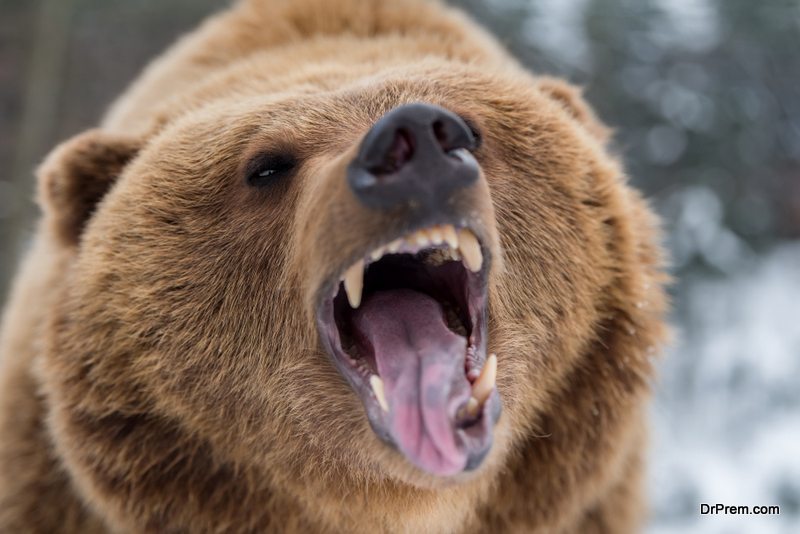 If you thought that bears are wildly dangerous, you have certainly never faced a grizzly bear! While god forbid you ever encounter a grizzly bear; if you indeed come face to face with one, here’s what you should do. Keep your calm and ensure that your breathing is even. Slowly back away by using a calm voice.

Grizzly bears would like you to be submissive. Show them that you are just that by not making any kind of eye contact with it. Lie down on the ground, cover your head and pretend that you are dead. If grizzly bears still proceed with their attack, defend yourself by aiming at their eyes or nose with any kind of weapon you see. Never try to escape from the bears. 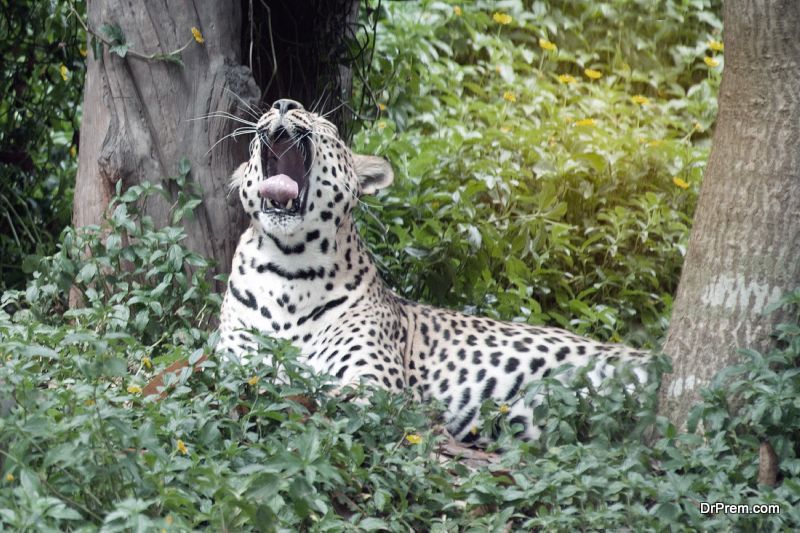 A leopard is one wild animal that is least likely to attack you first. However, provoke it even in the slightest and you will encounter some serious danger. If a leopard is injured, then it is even more likely to launch an attack on you. Leopards see humans as easy prey. So beware of this wild animal. In case of a leopard attack, fight off your instinct to run away. Try and find an escape by loudly clapping your hands together or waving them. Ensure that you appear larger than the predator, and you will be fine.

If you see a leopard, do not approach it. Keep your children and other pets away from the animal. Remember, leopards are more out and about at night. So, if you know that you the area where you are camping is frequented by leopards, don’t roam around at night. 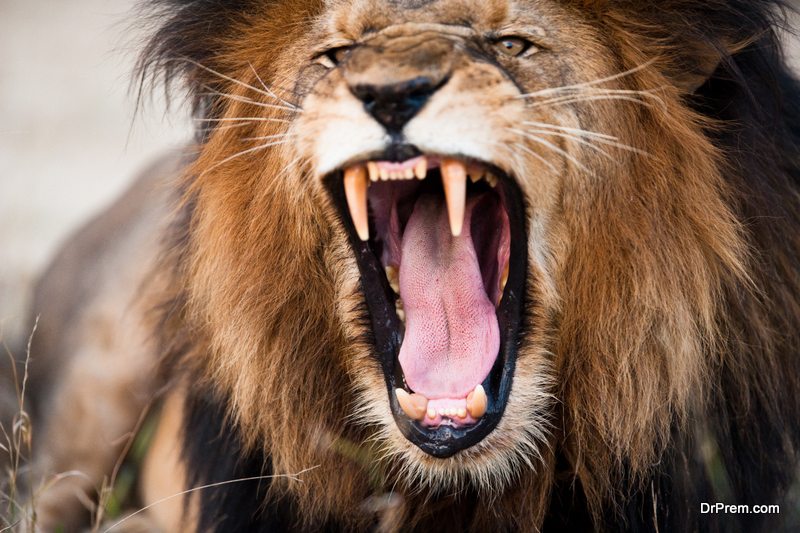 As surprising as it may sound, lions don’t generally attack humans unless they are provoked. So, if a lion is ready to charge at you, keep the following things in mind. Do not try to flee the scene. Your movements will lead the lion to believe that you are a prey. Moreover, if you are on foot and the lion charges at you, the chances of your survival are zero.

Simply stay firm on the ground and try to back down as slowly as possible. Do not turn your back at the king of the jungle. Make yourself appear larger through your hand movements. Don’t lose your composure. After a while, the lion will back away and you will be safe. Avoid such encounters by not approaching a lion, its cubs or its mate from close. Avoid camping at night in areas where lion sightings are reported. 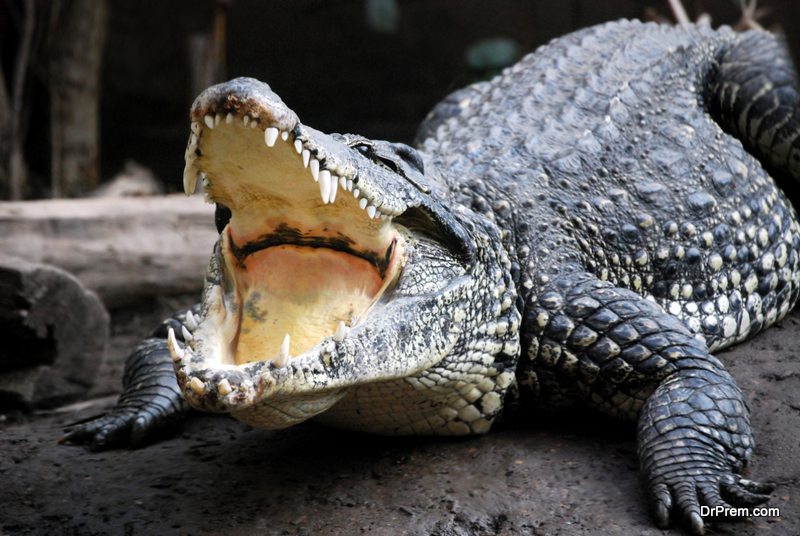 If a crocodile targets you, just run away as soon as possible. Crocodiles have a really low stamina. So, if you don’t become their prey the first time, they won’t chase you around. Crocodiles hide inside the water bodies, sit around and wait for that prey. Don’t invite trouble for yourself. If you are aware that crocodiles lurk around the waters near your campsite, avoid the edges to avoid the crocodiles. Don’t give them a second chance to attack you. They will grab it instantly, and your chances of survival will then be bleak.

Camping solo or with a group of people is fun. If you are awaiting this day for a long time, make the best of it. Enjoy to your heart’s content. Be brave. Be wild. But don’t forget to be responsible. It will save your life.

Instilling kindness and compassion in your child

A range of smart devices that make life easier and better

Simple Tips to Recycle Water in and Around Your House