A missed period is assumed to be the first symptom of pregnancy. There are many other symptoms that a woman experiences earlier to this, but fail to recognize at times. Therefore, it is important for every sexually active woman to know about these early signs. Listed below are some symptoms to watch out for.

A slight spotting of pink or brown color is one of the most early pregnancy symptoms noticed in the duration of 8-10 days after ovulation. It follows with lower abdominal cramps that are similar to the pain experienced in regular periods. This slight staining is an early symptom that might occur even days before periods.

The body’s basal temperature begins to rise after ovulation and stays that way until next expected period. It is yet another subtle early sign of pregnancy. The elevated temperature of basal body is measured by using a special and more accurate thermometer. This rise in temperature can occur as early as two days after ovulation, thereby, making it a delicate symptom of early pregnancy.

There is a noticeable change in the breast followed with swelling and tenderness. This change is indeed one of the early signs of pregnancy that happens within 3-4 weeks after conception. The areolas (skin around nipples) becomes dark in color, which is a sign of feeding a newborn.

Nausea is commonly known as morning sickness. It is one of the most uncomfortable yet early signs of pregnancy. It can occur as early as 2-4 weeks after ovulation. Mostly, women have nausea along with vomiting as an early symptom of pregnancy. Although, nausea could refer to an increased hormone level in the body as well, but it is mainly attributed to a successful conceiving.

Fatigue and exhaustion is normally a level above than feeling tired. High level of hormone called progesterone can make one feel exhausted and could be the another potential sign of pregnancy. It normally happens in 3-10 weeks after conception, and is considered as one of the most commonly occurring sign that prevails in the first trimester as well.

Constipation is another understated symptom of early pregnancy. The movement of food through digestive system is slowed down, thereby making women realize a change in their body. This ‘irritating’ change could possibly mean pregnancy. It normally occurs later than missing periods.

Implantation cramps may be experienced after about 8 days from ovulation as another warning of early pregnancy. Slight spotting could be noticed at the time of periods. These cramps can make one suspect pregnancy soon after conception.

Food cravings can sometimes play a significant role in telling about pregnancy. It may sound hackneyed thing, but food cravings accompanied with some other symptoms of pregnancy can be a potential sign of pregnancy. It, in fact, remains throughout the second trimester, when hormones have a strong impact.

Cervix becomes softer after ovulation and it drops lower in vagina. Women who check their cervical position, can see it is a symptom of pregnancy around a month later though. Nonetheless, it could vary from woman to woman, thereby making it a feeble sign to diagnose pregnancy by examining the cervix.

Going to bathroom frequently, could be an indication not only for diabetes, but some specific conditions like pregnancy as well. It happens once the embryo implants and begins producing the hormone human chorionic gonadotropin (HCG).

Some incredible animal prosthetics to amaze you 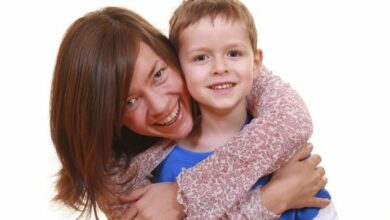 Does wearing hemp clothing to college give an impression of being a drug addict?