Pushed to the corner by urban development and nature’s fury, Australia’s Koalas run the risk of being extinct within a decade, according to alarmed environmentalists.

Factors like drought, bushfire and urban development have resulted in loss of habitat for this cute, peculiar creature which sleeps 20 hours a day and eats only eucalyptus leaves.

In southeast Queensland we had them listed as a vulnerable species which could go to extinction within 10 years. That could now be seven years. The koala’s future is obviously bleak.

I’ve driven pretty much the whole country and I just see environmental vandalism and destruction everywhere I go. It’s a very sorry tale. There are (koala) management problems all over the country.

Frequent bushfires in southern Australia has not only burnt million hectares of land destroying koala habitat but has also killed thousands of those creatures. Similarly, Australia’s worst drought of the century has resulted in genetic mutations besides the widespread incidence of chlamydia, a type of venereal disease which affects koala fertility. 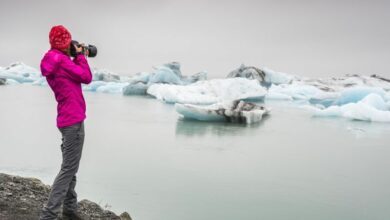 Arctic’s floating-ice area shrunk to its record this summer: Experts