Global warming is set to swarm across the world and certain to emerge as a disaster for the entire humanity. Not just one or two countries but the entire world will come under the shadow of its venom and the aftereffects seem to be getting clearer day by day. With a certain amount of increase in rains at one place, and drought at the other, for quite some time now, clearly prove that there is something wrong somewhere and that is climate change. A recent study by the journal Science has also pointed toward the disastrous effects of global warming, already visible today.

The infinite increase in temperature, mainly caused by human warming like carbon and green house gas emissions, is dragging the earth toward a certain death – death that will not be instant but gradual. With failing crops, melting glaciers, overflowing seas, drowning coasts, desiccating land, dying creatures, the future world scenario seems completely bemusing. The worst sufferers will certainly be the poor countries, however, the richer nations will also not lag behind in facing the heat of world climate change. The West will face drought for the lack of water and melting glaciers that drain most of their rivers, whereas the African and Asian continents already inhabiting malnourished and poor population will no doubt come under severe strain from global warming. The effect of changing climate will be the worst on crops and plants, which cannot withstand a change in temperature and are naturally modeled the way they are. Any change in climate, be it more rains or desiccating drought, means definite demise for the flora, which will in turn mean a disturbed food chain.

Certainly, in our endeavor to overpower others and build a developed world for us, we have completely left the environment behind and fighting against nature, which when gets angry will leave no stone unturned to destroy life on earth. The current changes in climate are threatening warning of the future havoc ready to befall on earth to demolish everything.

We need sustainable environment, which will be possible only with a significant cut on global emissions of greenhouse gases, which are helping world temperatures to surge beyond control. The best way is to go green. But, even that isn’t too easy. 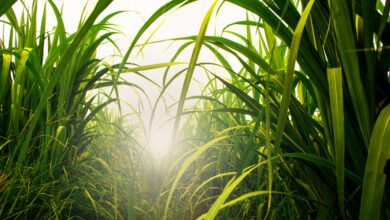 Organic electronics are better than silicon