The Los Angeles-based Amvac Chemical Corp. is making a booming business fueling a double-digit revenue growth by selling some of the world’s most dangerous pesticides.

In its unusual business practice, Amvac has bought the rights to older pesticides from larger companies, many of the pesticides being at risk of being banned or restricted out of safety concerns.

The company has struggled hard to keep those dangerous and hazardous chemicals on the market as long as possible by either hiring scientists or lawyers to help fight with the regulatory agencies.

True, it is profitable, but Amvac’s this focus on older pesticides is costing human health and the environment hard. The EPA and state records, regulatory investigations and a string of lawsuits informed.

The company’s pesticides have led to accidents that involved evacuation of neighborhoods. IT has also poisoned scores of field workers in California and elsewhere.

Steve Schatzow, a former director of the EPA’s pesticide program and now an attorney for pesticide firms said,

There’s something here rather unique, which is a company that basically goes intentionally after chemicals that are in trouble because of health and safety concerns. (Amvac) buys them up at a discount price from the major chemical companies who no longer want to be associated (with them).

Pesticides and Pregnancy: Things You Should Know

Pregnancy is, perhaps, one of those critical times in a woman’s life where extra care needs to be taken since we are talking about two people. Everything starting from the diet to medications and health care, all need to be given special attention since the condition of the mother will determine the condition of the baby.

The use of pesticides is on the rise. Almost all food items like fruits, vegetables and crops come loaded with pesticides. This, on a regular basis, can be quite harmful to the mother and the foetus. Given in this article are the ways by which the harmful chemicals used in growing food crops affect the health of pregnant women.

The first three to eight weeks is when the neural development of the foetus is taking place. The lady carrying the bay cannot, under any circumstances, put herself and her baby at risk by living in a place where there is an abundance of agricultural chemicals being used. It is advised to migrate to a better and cleaner place at least until the baby is delivered so as to avoid any unwanted circumstances.

Statistics show that almost 75% of the pregnant women are exposed to some form of chemicals or another, even at home. Such continuous exposure to pregnancy results in birth issues like limb defects, oral cleft, and neural tube and heart defects too. Miscarriage or pre-mature delivery may also occur if the mother stays in the vicinity of these harmful toxins.

These pesticides, unlike the synthetic ones, are produced solely from substances of the plant origin. Having said that, this does not mean that they are better or safer to use than the chemical ones. They consist of toxins and are as harmful to the pregnant lady and her foetus as other types of pesticides. Your best bet here is to make use of boric acid for killing pests at home.  It is less harmful and more effective. Ask for the blue form of boric acid at any hardware store.

How can one reduce the exposure to pesticides?

As is said, prevention is always better than cure. Which is why it is better to lessen your exposure to pesticides than to treat its consequences later on. Some of the effective methods are:

Organic foods have the least amount of pesticides on them. Also, these foods are quite nourishing and the best bet for the health of both the mother and baby.

Fruits and vegetables must be completely washed to get rid of even the slightest trails of pesticide that might be there. Even organic food must not be consumed without first washing it.

Bugs and pests at home can be a real pain, but make sure to not overdo the use of pesticides especially when there is a pregnant lady in the house.

Remove all items of everyday usage like utensils and other stuff when the pesticide is being used. You don’t want traces of the chemicals to be left on them so that they can later enter your body and harm the unborn foetus directly.

Pesticides cannot be completely eliminated from the process of growing and cultivating crops. It is the need of the hour, given the rise in the demand for food crops. Having said that, precautions can be taken by pregnant women and new mothers as to not expose themselves and their kids to the harmful effects of pesticides and insecticides.

Consuming organic food is on biggest advantage a pregnant woman can have and is also the best way to dodge the toxicity of insecticides. A little care and concern goes a long way in preventing even the slightest bit of exposure of women to pesticides during their pregnancy. 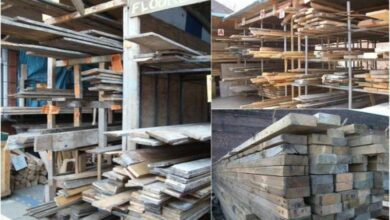 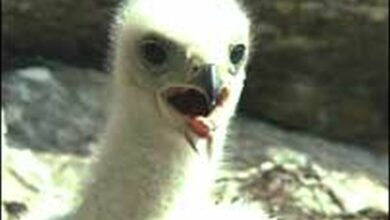