Sustainability is the key to reducing the detrimental effects that the greenhouse gases are causing.  We, human beings, can help our environment if we choose to live in an organic fashion.

Modern clothing is mainly made out of petroleum based fibres or cotton.  Petroleum is used to produce acrylic, nylon and polyester- making them manmade fibres.  On the other hand, cotton is a naturally grown fibre, however, due to the employment of huge amounts of pesticides, it unfortunately is not considered to be an eco friendly fibre.

At present, the eco friendly fibres that are used for green clothing are sourced from the cellulose group or plant fibre.  Out of them, bamboo plant figures as one of the most prominent source of natural fibre.  There are various ecological reasons and advantages that bamboo has over other plant fibres.

Bamboo is one of the fastest growing plants in the world and that is where it holds an advantage over other woody plants.  A Japanese bamboo species can grow at the rate of nearly one meter per day.  Nearly 1600 species of bamboo plant occur in various climates ranging from the hot tropical regions to the cold mountainous regions.  In fact, crossing 97 million acres has bamboo plantation.

The bamboo species that is mainly used for clothing is the Moso species, which is found in China.  This species reaches its full height within 8-10 weeks and develops complete maturity in 3-5 years.  Bamboo is from the grass family and bears similar properties as it can be harvested time and again without any damage caused to its roots.  Replanting of the bamboo is not required, which is not the case with other plant fibre groups. Bamboo is not only environmentally important, but it is economically important as well.  The yield of bamboo is very high, which can put a strain on land usage.  Bamboo also helps in utilising the rising greenhouse gases in the production of oxygen hence bamboo produces 35% more oxygen as compared to trees.

Furthermore, the requirement of water for bamboo is much less when compared to that of cotton or trees as this plant can survive high temperatures and drought situations.  Furthermore, bamboo also helps to control soil erosion, as its root system remains intact even after harvesting. 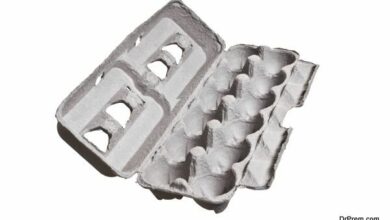 Waste egg cartons can be the workers of your garden