Every environmental problem has causes, but for each problem there is a solution. People have started to reduce, reuse and recycle, but still, much needs to be done. New technologies are being devised every other day that promise a greener tomorrow. Researchers and scientists from around the globe are thinking of new ideas to fight environmental degradation, and artificial technology is one of them. Here are some of the best examples that show how artificial technology, inspired by nature, is trying to compensate for environmental degradation.

An innovative and exciting technology is on the block, the synthetic tree. The mind behind this groundbreaking technology is Klaus Lackner, a professor of geophysics at Columbia University. The tree would be used to trap carbon emitted into the atmosphere by gasoline or airplane fuel. The cylindrical shaped synthetic tree is flexible in size and is capable of being positioned nearly anywhere. This unique concept functions by collecting carbon dioxide on a sorbent, cleaning and pressurizing the gas, and then releasing it. Estimates are that each synthetic tree would absorb one ton of carbon dioxide per day, eradicating an amount of gas equivalent to that produced by 20 cars.

The very thought of creating an artificial lake in the middle of a desert sounds so interesting and thrilling. The great Sino-Indian Hydrological War is in progress to flood a natural depression by funneling runoff water from its profoundly irrigated cotton fields through a network of canals to develop an artificial lake. The lake called the Golden Age Lake will prove to be a boon for the environment. The water body will make the desert blossom and will open up degraded areas for agriculture, thus food production can be greater than ever. The water crisis in the desert is quite symbolic, the lake will open avenue to deal with severe water scarcity. In addition to that, it will also be a focus for migrating wildlife.

We have long thought of weeds as a nuisance for gardeners, but scientists wish to change the perspective. A group of scientists have clubbed together to harness the resilience of weeds to reinforce food crops against the causes and consequences of climate change. It has been proved that many weeds have a capacity to endure high heat and high atmospheric carbon dioxide environments more than their frequently cultivated counterparts. Scientists are now optimistic to breed or genetically engineer the genes that make weeds to successfully turn into the food crops. The research also brought an interesting fact into light, which says that these various breeds of crops have variety of features that can resist the effects of global warming.

The solar umbrella is one of the coolest technologies that is playing a significant role in compensating for environmental degradation. It will be interesting to see a solar shade that can cover the complete planet being built, which would have the capability of reducing the amount of sunlight and heat by 2%. The umbrellas is to be built using small disks weighing less than an ounce and about a yard wide. About 800,000 of these disks will be launched in every rocket launch and will take 20 million rocket launches. Insulate the glaciers to save the Earth:

Glaciers are our planet’s largest freshwater reservoirs are on the verge of disappearance due to the unwanted melting of ice, shrinking the source up to hundreds of feet per year. To save our planet from this destruction, a pioneering solution is proposed, wherein the thawing glaciers are wrapped in synthetic blankets measuring the size of a football field. This technique helps in keeping the cold in and the heat out. The blankets are called the Ice Protector, which are made of tough but lightweight dual-layer composite material. On top is polyester to reflect ultraviolet light, and on the bottom is polypropylene, a polymer used in military clothing and auto parts, to block heat. The blanket prevents the top snow layer and the ice beneath it from melting during summer. 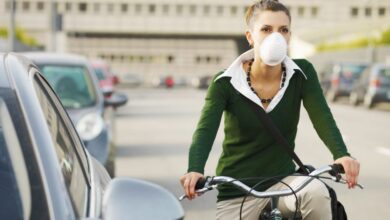 China in the grip of severe air and water pollution 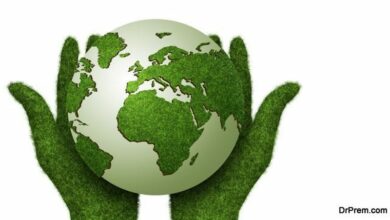 A paradigm shift in behavior of Monkeys