<![CDATA[The world as we know it today has undergone massive transformations over the centuries. While this has led to the rise of new cities, countries and even continents, it has also led to entire cities disappearing and many more mysteries that could only be unraveled by archaeological expeditions. As such, here are 5 stunning revelations made by archaeological discoveries around the world that would simply blow your mind away.

Until recently mummification was considered as an act that originated during the reign of the Pharaohs in Egypt. However, an archaeological discovery has revealed that mummification might have been practiced even long before the Pharaohs even originated. The linen wrappings that were salvaged from mummified bodies across the Badari region in Egypt dated back to nearly 4300 B.C. which is clearly 1500 years earlier than the established time frame for the origination of mummification.

The Gates of Hell

In what can be considered as a significant discovery, a team of archeologists managed to find the ‘Gates of Hell’ aka Pluto’s Gate. According to Greek mythology, these gates were supposed to lead to the passage that would take one to the underworld. The gate comes in the form of a cave which is flanked by two marble statues on both sides at the entrance. One of these statues is a snake while the other resembles a three headed watchdog. These symbols are considered as the guardians of hell in Greek mythology. The cave itself is rumored to be deadly, with many stories circulating about how entering the cave would lead one straight to his/her death. Modern findings reveal that this was in fact true because of the toxic vapor levels inside the cave.

Considered as one of Canada’s biggest mysteries, the Erebus was one of two ships of the 1845 Franklin Expedition that vanished without a trace. Three decades of search operations on seas and nearby islands produced zero results. Finally, Canada’s Victoria Strait Expedition to the Artic managed to put an end to this mystery by finally discovering the Erebus at the bottom of the Arctic Ocean. The moment evoked much joy that it was celebrated like a national festival in Canada. 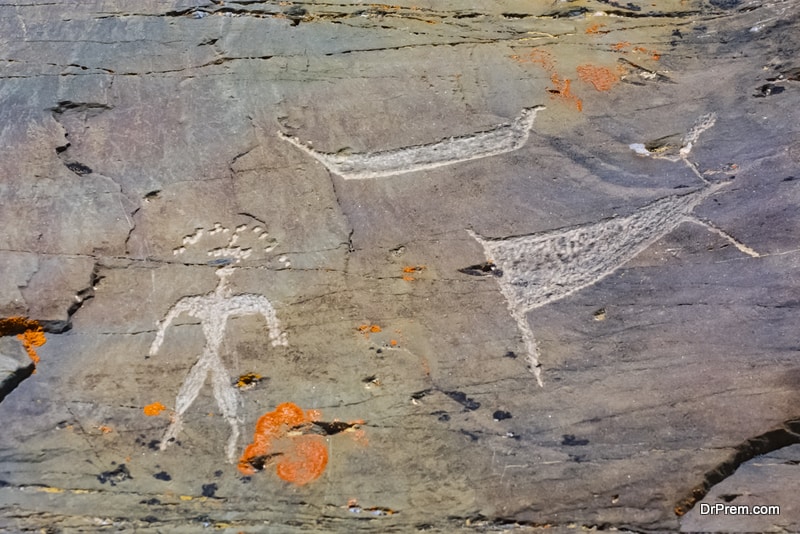 Until recently, it was believed that pre-historic cave drawings originated in Europe before spreading to other parts of the world. However, a recent archaeological discover in Sulawesi, Indonesia may prove this to be wrong. The expedition unearthed pre-historic rock art on the limestone caves on the island that dates back to nearly 40000 years ago, about the same time when the Europeans started adopting cave art as well. This discovery could very well mean that human creativity did not emerge from a single area alone, but emerged independently across the world simultaneously.

Laser technology has helped unearth a great find in Angkor Wat. The world famous capital of the ancient Khmer Empire, Angkor Wat is a very popular tourist destination. The recent archeological discovery which was made using high-tech LiDAR scanning technology revealed that the city was in fact larger than previously thought by at least 35 square kilometers. The discovery also showed the city’s well planned infrastructure, with grid like streets, city blocks, high rise homes, elevated roads and spiraling embankments.

The world we live in is shrouded in mystery, filled with plenty of unusual natural as well as manmade mysteries waiting to be unearthed. While a lot of archaeological discoveries happen regularly, only a few of these tend to create such an impact that they are spoken about for ages. Such is the case with these discoveries which are billed as the world’s most interesting archaeological finds.]]>