Finally I read about some positive outcome in the field of medical science. A team of British scientists recently made a revolutionary breakthrough, when they discovered certain chemicals that can help prevent spread of the deadly cancer in the human body. If further studies can be conducted, there is a high probability of generating drugs that will have the potential to stop almost 90 percent of cancers from spreading. Furthermore, these drugs will be most effective against the deadliest of 2 cancers which we are aware of till date: breast and lung cancer.
How the cancer spreads so rapidly inside the human body? The source of the disease is a tumor in the body. Sometimes, cancerous cells from that tumor can be easily distributed across the entire body by our bloodstream. What happens thereafter is, these cells again start reproducing and form tumors. This is how the cancerous disease spreads across the whole body and eventually leads to death. The researchers in the recently concluded study observed that a protein named E-cadherin is responsible for the cells to remain clustered together, thereby hindering them from breaking away and spreading throughout the body. Following this highly successful study, the scientists are now planning for further advancement in this field by creating new drugs that can restrict the process of the spread of cancer (called metastasis, in medical terminology) in the body.

One of the researchers, Dr Chris Ward said,

Understanding how cancer cells spread is tremendously important for cancer research… It is the ability of tumors to invade other tissues and spread around the body that makes them so dangerous…The cancer just overwhelms the body… Potentially, our findings can be applied to the most common form of cancer, carcinoma, found in the breast, lung and gut for example, which makes up 80 to 90 per cent of all cancers.

Every year a huge number of people succumb to cancer across the globe. Out of this, statistics show that greater proportion of deaths occur from breast and lung cancers. Till date, though innumerable research work and experiments have been conducted by scientists and doctors, the ultimate medical treatment that can cure all types of fatal cancer has not been found. Norman Barrett of the Association for International Cancer Research, which sponsored the entire study was quoted saying,

Dr Ward and his team are pursuing research which could change the lives of tens of thousands of people in the UK and many more across the world.

Some researchers and scientists were optimistic and hoped to come up with newer, effective drugs that can fight the spread of cancer following the accomplishment of this study. We can only expect that hopefully more such research studies will follow and subsequently, a revolutionary treatment for cancer will be determined soon. That will indeed be a grand medicinal achievement which will save humanity from the clutches of this fatal disease.

How to Get Taller 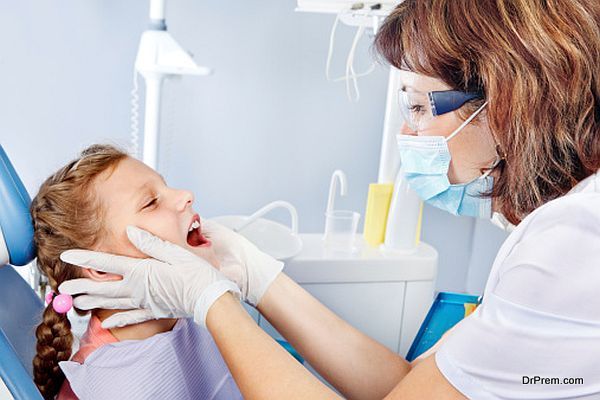 Importance of a pediatric dentist for a child’s overall health

What are patient rights?