It seems like environmental degradation is happening at all levels of nature. Once again, global warming is at fault here. It has been predicted that the coral reefs might not exist after next 50 years due to the acidic seas. The carbon emissions released by the burning of fossil fuels to the atmosphere are making the oceans more acidic.

Experts predict that unless people check the carbon emissions soon enough, the coral reefs might be dying off by the year 2100. The first casualties might be the Australia’s coral reef along with their Caribbean counterparts. Australia’s marine science professor Ove Hoegh-Guldberg thinks that we need to remedy this situation as soon as possible.

Here’s what the professor said:

We need rapid reductions in carbon dioxide levels. The impact of climate change on coral reefs is much closer than we appreciated.It’s just around the corner.

The greenhouse gas released to the environment is boosting the acidity in the seas. Coral reefs are very delicate. A slight alteration in the environment can cause severe damage to these sensitive reefs. If the reefs die off, so will the species that thrive on them. There will also be a major economic loss if these reefs die off because, they generate about $357 million a year. I guess the world leaders better stick to the 2030 deadline of greenhouse gas reduction if they want to see any of these reefs beyond 2100. The study was published in Science Journal.

Smog related deaths on the rise in the UK 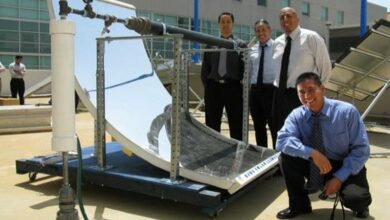 Green world : The Sun can make ice too!