<![CDATA[People have always been crazy for beauty and fashion. They even knew that it would come at a price and they never stepped back. People really used to go nuts taking part in some such rituals that made them look more beautiful and got them acceptance among the people of their own tribe. In Modern times, it has become a less painful though but the craze for it has not changed that much.

Foot binding involves tight binding of the feet to let it not grow further. The practice started in 10th and 11th century among the higher class of ancient China but became a part of even the lower classes of society. The process involved breaking the arch and binding the four smaller toes with the help of a cloth. The feet used to be squeezed hard to fit the size of 3 inches or a gap of 3 inches used to be kept between heal and sole. Sometimes, it used to get to such n extreme that the girls could hardly stand on their feet. It involved twisting the bones of the feet hard enough to keep the feet smaller in size. (Source | Image)

Even recent fashion industries have started using a reformed version of it. Corset was used to give a desired shape to the torso. It used to reduce the waist that used to exaggerate the bust and hips to make them look beautiful and sexy. The tradition was common in second half of 19th century in Europe. (Source | Image)

The Padaung or Kareni tribe of Myanmar (Burma) wears rings around their necks to stretch it to the maximum. Having a long neck is a sign of beauty, wealth and status there. These copper and brass rings stretch their necks sometimes to an amazing length of 40 cm. With time, it gets painful for them to hold their necks straight without theses rings that they almost always keep around their necks. (Source)

Papua New Guinea, the second largest island in the world has a painful tradition that lasts for weeks. The skin of the young boys is cut with razors repeatedly to decorate their bodies with scars that resemble the sacred crocodile’s spirit. Cutting the skin once or twice rarely leave the mark so they cut the same wound many times which is really painful and scary. The belief is that the alligator takes away all the impressions of boyhood from their bodies and turn them into men. (Source)

Mangenetu people of Congolese Tribe in Africa had a custom of practicing “Lipombo”, skull elongation that actually was a status symbol. (Source)]]> 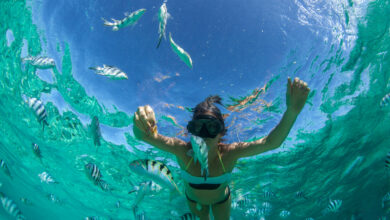 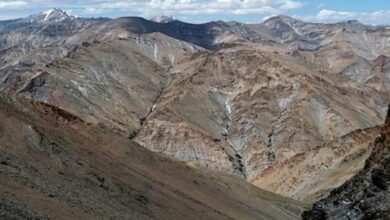 5 Super mysterious and spooky places on our planet

The worst films ever made last decade