As the world debates on climate change every now and then, Nevada prepares itself for times ahead. Some of the severest effects of global warming are being seen in the Silver state of the United States.

Every one of us is aware that galloping temperatures today are the result of unrelenting industrialization and selfishness of man to overpower nature. We are not only stepping ahead in development, but also in disaster. The U.S. is among those countries of the world, which has progressed immensely, but such a development has blocked air out of the environment. The result is rising temperatures, or we may call it global warming.

Nevada is the worst affected among the American states, recording dramatic rise in average temperatures over the last 30 years.

Relentless urbanization causing merciless deforestation has further added fuel to the burning temperatures. Its location in the desert region might also have contributed to the present scenario in which the state is finding itself in. Average temperatures have risen by about 5 degrees in the region.

Global warming is rewriting the record books in Nevada and across the country. Unless our elected officials act now to curb global warming pollution, Nevada will see more severe heat waves that increase the risk for wildfires, drought, and heat-related illnesses.

Las Vegas stands next to Nevada in breaking records for temperature rise. Mercury has risen enormously in the state.

The U.S. has already recorded the worst ever drought since the Great dust bowl disaster. Its drying lakes are also sounding the death knell. And if temperatures keep rising the way they are now, time is not far when global warming will rule the day, bringing life to a standstill. Does America needs more illustrations on global warming?

To save Nevada and its natural heritage, it is imperative to curb the rising influence of global warming on the region. This depends on governmental effort to reduce emission of temperature raising pollutants from vehicles, industries and power plants quickly and significantly. Otherwise, the beautiful Nevada will turn into a death valley. 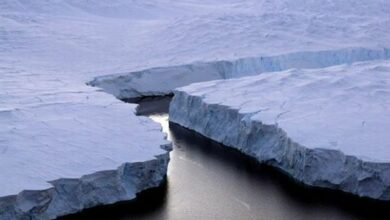 Flood defences not up to the mark in the U.K.

Satellites discovered ‘Twilight Zone’ between clouds and the sun