The Energy Information Administration (EIA) in their report has predicted a steady increase in carbon dioxide, the main contributor of greenhouse gas emissions. Between now and 2030, the report says, carbon dioxide emissions are expected to increase by 39% worldwide without introducing any new policies and necessary steps to reduce global warming. It explains that by 2015, emissions will reach 33 billion metric tons and 40 billion metric tons by 2030 which is higher from 29 billion metric tons in 2006. Many scientists say by 2050 the greenhouse gas emissions should be reduced by 80% to keep the planet safe from global warming.

• Most of the pollution likely comes from developing countries like China and India, who use more coal. By 2030, the EIA says, carbon dioxide emissions will reach 25.8 billion metric tons.

• The United States is the second largest contributor of greenhouse gas emissions. The emissions would reach 14.6 billion metric tons by 2030.

Okay. We believe the EIA, however, what’s the point in highlighting the facts keeping in mind that we would stop all our efforts? I’m concerned because we have already come too far in taking the matter seriously and have started making real efforts too. We are slow, no doubt, but the global community is committed. I believe the forecasters are scaring rather than painting a real picture. They are neglecting the speed of technological growth and the way the world is going green. Each and every individual is conscious about the planet and taking steps to save it by one or the other means.

• Population: By 2030 the world population will reach 8.5 billion. As nanotech is progressing at a faster pace the world hunger will be totally eradicated and people will lead a comfortable life on Earth. In addition to this, the biotech industry has shown improvements in health care which has reduced the death rate from 55 million in 2004 to 35 million in 2020 and 5 million in 2030. It is believed that by 2030 unwanted deaths will be reduced. It simply indicates that by 2030 people will lead a happier, safer and more enjoyable life.

•Power: Currently, the U.S. produces half of its electricity from coal and produces 2,400 million tons of CO2 per year, which ultimately results in producing 40% of total U.S. emissions. By 2030, the energy generated from coal and oil will be replaced with renewable energy like wind, geothermal and solar. Look at the table below you will know how energies will be generated by 2030.

• Automobiles: The transportation sector in the U.S. uses 70% energy, burning 21 million barrels of liquid fuels per day. By 2030, the sector will consume 17 million barrels per day and CO2 emissions will also be reduced to 2,200 million tons per year. By 2030, the fuel efficiency of the vehicles will be increased. You would see more electric vehicle on roads consuming no gasoline. These vehicles will reduce oil consumption by 44% relative to the 2008 baseline, or 63 billion gallons, and will increase the savings to 51%, or 73 billion gallons, per year.

The period 2020 to 2030 is considered as the “golden age of nanotech”. The nano- replicator machines would start providing clothing, food and other appliances on the kitchen counters will little or no cost. Most inventors would offer replicators free of cost but would charge a small fee for software that gives instructions on using the machines. People refer to this technology as “the most hyped science of all time” as nanotech is changing the manufacturing process, heath care, travel, energy and the food supply. 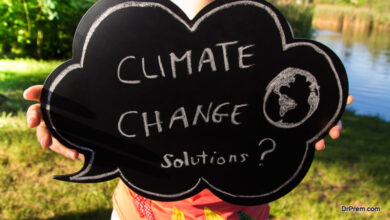 Seasons through the Looking Glass!

Guard Extraordinaire: Crocodiles bred in captivity to guard their counterparts in the wild