What is Parental Alienation? It is a dynamic situation which occurs when parents separate or get divorced. Consequently the child suffers and expresses his hatred towards one or both the parents during the process. Children become estranged from one or the other parent due to lack of love and affection. This situation engage parent in critical attitudes that may be crucial and affect their children. The aligned parent actively undermines his/her spouse with their negative comments about the other or telling their child that it was the other parent responsible for their separation and spoils a child’s relationship with the estranged parent.

As the psychiatric association is updating its Diagnostic and Statistical Manual of Mental Disorders for the first time since 1994, it has become a topic of debate for years on whether Parental Alienation should be formally recognized as a mental health disorder. But the decision has been made against the classification of parental alienation as a disorder.

According to Dr. Darrel Regier, vice chair of the task force, parental alienation is not a disorder. It is a relationship problem that may occur between a child and a parent or between parents but this problem should not be considered as a mental disorder. There are individuals and groups who believe that parental alienation is a serious disorder that should be formally presented in DSM-5, a new manual. Their reason behind the demand is because they feel that this way family court will give a fairer decision and children of separated couples will be treated to reconcile with the rejected parent.

On the other side of the debate are the feminists and advocates who consider that Parental alienation is an unproven concept and men use it to hide their abusive behavior. Critics, however, said that the concept of parental alienation is a way of earning profit by the psychologists and consultants.

American Psychiatric Association (APA) issued its decision on the advocates of the concept not to classify Parental Alienation as a syndrome or disorder but they held out the hope that it would definitely be considered in the appendix as an example of a relationship problem between a child and a parent. Moreover, APA has decided that it will not list the disputed concept of parental alienation in the updated version of catalog of mental disorder.

How to cope with parenting fears

Guide to understanding your child’s psychology and behavior

Advice for parents coping with the loss of a child 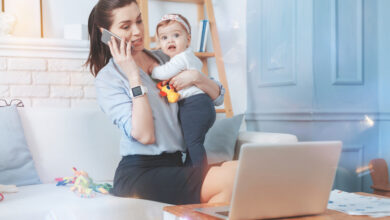