The ongoing drug combat and the consequent civil strife in Colombia are to wipe out the last known hunter-gatherer culture in the Amazon basin. The wrestle between the US supported government forces and the paramilitary groups propped up by drug syndicates over the plant source of cocaine is forcing the Nukak Maku tribe to dislocate and migrate from their natural habitat.

A case study released by the rights groups brings in to focus the plight of Nukak Maku tribe caused by extension of the ongoing drug conflict to their haunt. The ethnic group, for a millennium, has been living a nomadic life in the tropical Amazon forests of southern Colombia. A petite swath of land on the right bank of the Guaviare River is their home. They still earn their livelihood by hunting, fishing and gathering berries. But with the extension of Colombia’s drug war to this hitherto undisturbed Amazon lands that sustain the tribe, a question mark is being put on their existence.

Fights between coca-plant-growing colonists, left-wing guerrillas, right-wing paramilitaries and Colombian antidrug troops are escalating in the tribe’s country. The projected 500 Nukaks left who established first contact with the society only in 1988, are trapped in the crossfire. The constant pressure to support the rival parties has begun to take toll of the tribe. Even one of their leaders was forced to commit suicide.

The situation has worsened to such an extent that last March some 120 Nukak marched half-naked out of the jungle begging for food and safety. Though Colombia is commonly known for its progressive laws on indigenous rights, the ongoing drug war has made life hell for the Nukak.

Reusable Plastic Bags: Is environment a priority over human health? 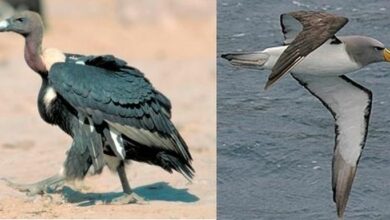