It’s easier to stay healthy with a host of fitness trackers and apps. Or so you may think. It seems that these apps on your smartphone may not be giving you accurate data. A study found most of the apps to be inconsistent as well as incorrect in their readings. Traditional pedometers were found to be much more reliable rather than the ‘smart’ apps. Read on to know how and why these appa may be showing inaccurate readings.

What does the research show on fitness trackers apps 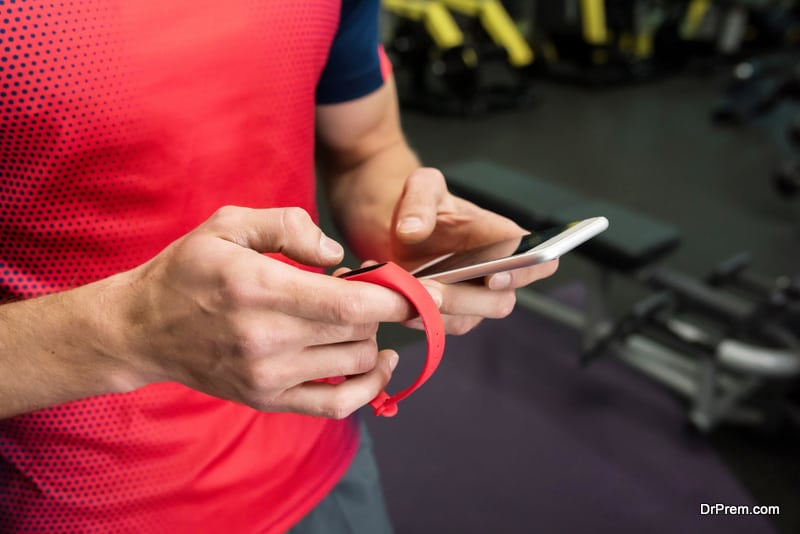 The research which was conducted by Toronto University concluded that some of the most popular apps such as Moves, Runtastic and Accupedo cannot be used in the case of medical interventions. A standalone pedometer/fitness tracker was discovered to be more accurate by about 5%.

To test how accurate the apps and pedometer were, the scientists devised a simple test. They recorded people walking 20 steps at normal speed. The pedometer accurately recorded the exact number, but the apps either over-reported or under-reported by about 30%. There is therefore much to be said about pedometer accuracy.

However, the smartphone fitness tracker apps beat the traditional pedometer when the people walked up the stairs. The study authors found the error percentage of the apps to be ‘unacceptable’, when compared to pedometer. The app’s results were not valid or consistent in sample population both in free-living and controlled lab conditions.

Why are the smartphone apps inaccurate? 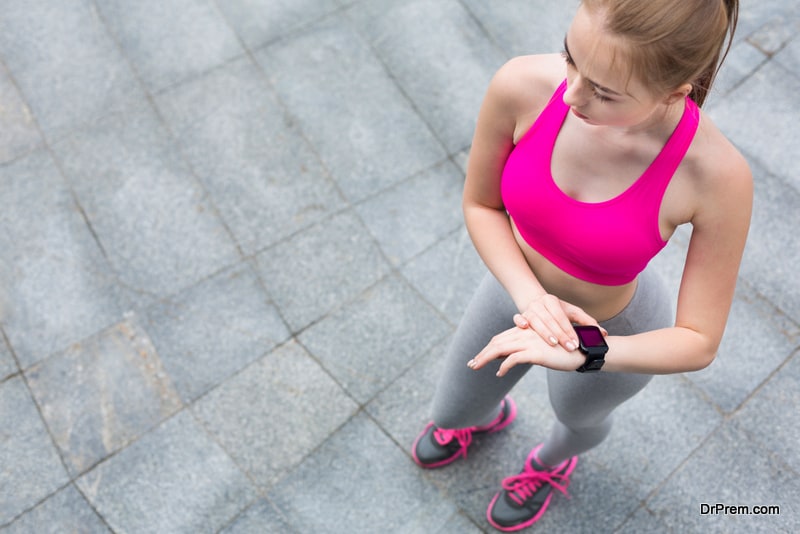 So why are smartphone apps inaccurate? There is a simple reason why, and why they can work for some people and will not work for others. Fitness trackers apps depend on the ‘accelorometer’ in the smartphone’s hardware, to find out when the user is taking steps.

One of the reasons why the inaccuarcy may be due to the smartphone not fitting well in the user’s pockets, or it might slip during walking which could add to the inaccuracy. Researcher’s also found that the GPS signals can also confuse the apps. In a certain test, the scientists found that apps would start logging steps while the person was sitting within a slow moving vehicle. The apps mistakenly interpreted GPS motion as person walking.

Ultimatly, the researchers concluded that pedometer accuracy was the best. 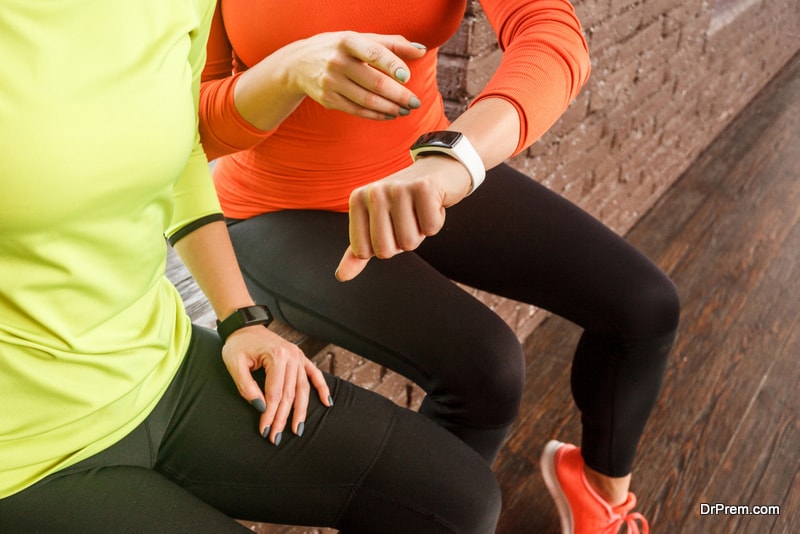 You might now be wondering about the accuracy of fitness trackers or smart bands. One of the recent studies found that these could also be inaccurate, in fact even more so. Some bands can be as wrong as 22.7%, compared to 6.7% for most of the smartphone applications.

One of the most popular fitness tracker companies is facing a lawsuit in US, as users claim it provided ‘dangerously inaccurate’ data for heart rate. It was alleged that the lower heart rate might have prompted them to start another exercse, which might potentially damage their body.

To be on the safe side, you can use pedometers to measure steps, which may not be high tech but maybe better devices to count steps.

Can you rely on them to help burn calories? 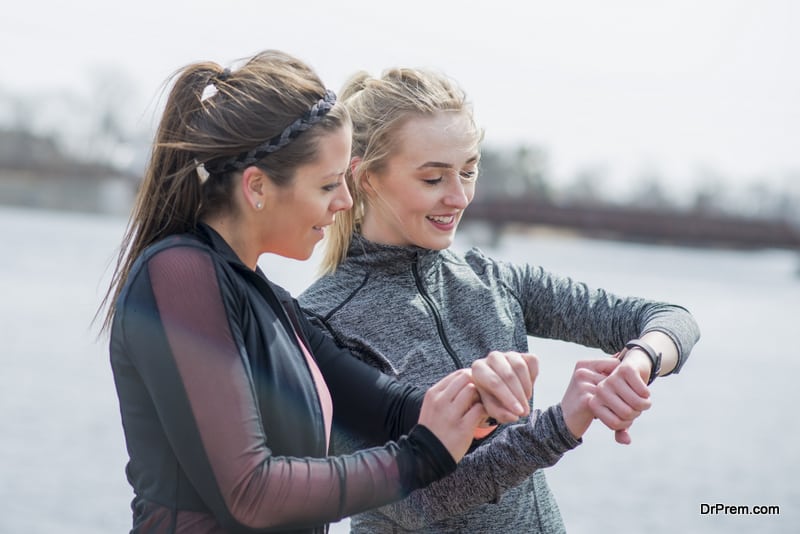 A host of apps want to help you burn the extra calories. You may be downloading these apps and innocently believing whatever readings they show. According to the latest research, you may have to think twice about using these apps. Some people are saying that they might just make you fatter!

Wearing these devices do not make you gain weight, by altering your body mechanism. They just don’t provide the drive people to be interested enough in losing weight. People do not use fitness trackers and other such apps to get to the point of losing weight. It was found that over half of US users of activity trackers don’t use it after a point of time.

One third of consumers in the US, stopped using the device/apps within the span of 6 months. So, the primary reason for the apps not working, is people not using them, and people don’t use them as the apps cannot engage the people, or motivate people.

It’s not just about calories in and calories out 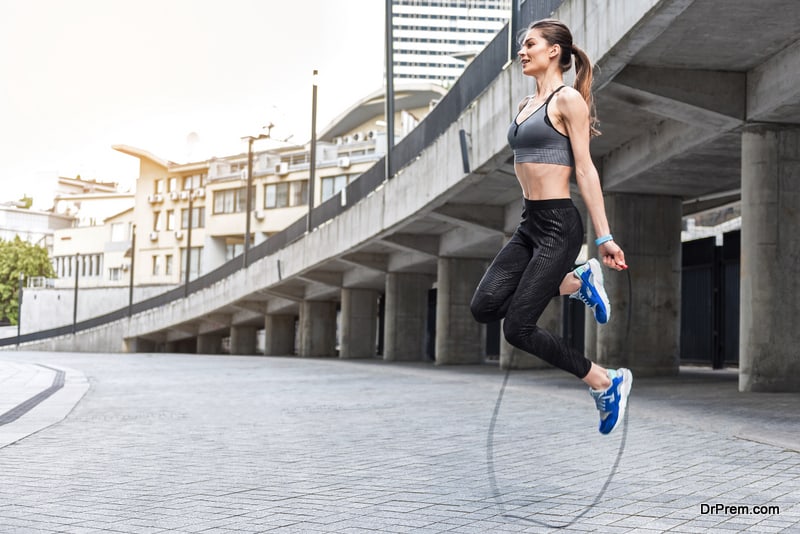 There is a myth on which these apps are based – which is assuming that all calories are equal and that you just have to burn the calories you don’t need. People just have to excercise more and eat less. The fitness trackers ask the users to keep track of the food they eat and record the physical activity so that the surplus calories can be quantifies. So, in theory, if you eat less and do more exercise, then you will lose all the fat handles? But that does not happen so easily, does it?

The latest research suggests that it’s not just about which calories you are eating – some medications also make you lose or gain weight, by changing the hormones in the body. Piling on the pounds is not as simple as burning the energy in the body. If it were that simple, then people would find it very easy to lose the extra calories, once they got to know how many extra calories they had to burn.

Some foods also might end up spiking the insulin levels which might lead the bosy to store fat. Then again, the calories from fructose syrup is the same for most applications, as one calorie from protein. Fitness apps make people think that all calories have the same effect on the body, which is actually wrong information.

Another study done by the Minnesota University, verified that the fitnes trackers are usually accurate while measuring steps but which changes when energy/calories is measured, which was also confirmed by a Chinese study.

The most accurate running app could be the ones on wearbale devices by renowned companies, rather than by start-ups. Apart from your activity count, the accurate running app should be one which takes into account the gender, age as well as your ethnicity to calculate your data with minimum error.

The only way to losing weight is to exercise regularly doing something which is fun and you enjoy doing on a long-term basis. Also, getting calories from an apple is better than that from a doughnut, but give yourself a cheat day once in a while to keep you going!