It may sound unbelievable but as per a report, the Great Wall of China might disappear in some twenty years from now. The report also confirms that the Great Wall is being reduced to ruins and dust, the reason being the great sandstorms. However, the sandstorms are also a consequence of the destructive farming methods that were employed by the habitants of Northern China, which left the land barren and deserted.

The impact of the sandstorms can be seen and felt the strongest in Minqin county which lies in the Gansu province where 25 miles of the wall has eroded since past twenty years. The section of the Great Wall that passes from this area, unlike the rest is made up of less-resilient packed earth which is more vulnerable to erosion. The wall has also shortened in height, now measuring only seven feet which was once sixteen feet high.
Zhou Shengrui, a Chinese archaeologist said,

Frequent storms not only eroded the mud, but also cracked the wall and caused it to collapse or break down. Similar erosion happened to the Great Wall in other places, but the situation is much worse here.

The wall, a pride of Chinese culture and a grand symbol of defense has also suffered a lot because of tourism. The wall which was estimated to be 3,000 to 4,000 miles long is witnessing degradation. The conservationists and environmentalists are now focusing on methods and ways to protect the wall from further degradation. Two such measures that have been accounted are plantation of enough trees and vegetation to cover up the barren land and covering up of the wall with sand especially in the Minqin county.

Can you suggest me some baby gift set ideas for baby shower party? 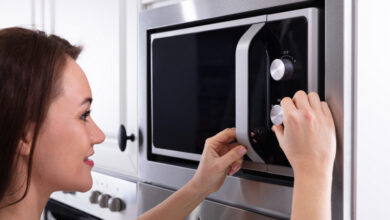 Innovative and non-traditional uses for your microwave

What are the symptoms of ovulation?

How does parental control software help in blocking sites?