Having been in business for almost three years now, Wind Simplicity Inc. offers three new variants to its Wind Dancer range of wind turbines that pride themselves on zeroing your home, farm or business power bills for sure. Wind is the most effective alternative energy source because it is potentially available 24/7, 365 days a year. Since a majority considers wind turbines to be a perpetual noise source also, the maker has done tremendous work on this aspect. The high-efficiency, noise-free turbines are compact enough to be installed in your backyard.

Moreover, the short blades don’t require tall towers in the least. So sticking to renewable power won’t be tougher anymore if you’re concerned about the aesthetic aspect as well. Unlike traditional turbines, the Wind Dancer is aesthetically soothing since it comes in customizable, standard blue and gold colors, and the wings dance being responsive to the wind.

Well, the first ever Wind Dancer design surfaced in the year 2007. A conference on renewable energy at Alberta inspired a father- daughter duo of Dr Alfred Mathieu and Sharolyn Vettese, CEO & Inventor Wind Simplicity Inc., in 2004. After a few weeks, Mathieu came up with his drawings of a concept-turbine that revolved around adaptability to most locations. They started working on fructifying their plans to devise the Wind Dancer with minimum footprints. It had been a commendable move toward generating cost-free, pollution-free electricity. Hence, this turbine has won various accolades including the National Energy Globe Award, Green Dot Award and the Gold Design Exchange Award.

What make these outperform others?
There are certain attributes that makes these wind turbines elegant, affordable, efficient, compact, safe and versatile, such as:

• The turbines are made with high-quality parts including Alxion alternators and don’t have any digital parts.
• The entire body including the Samara blades is made of corrosion resistant aluminum.
• You don’t need cranes and all to install these. It can be connected to the grid directly as a stand-alone or an off-grid source of electricity.
• The blades are self-starting and are capable of utilizing a low start-up speed of 1-meter per second to start rotating.
• What is more, the turbines provide the least interference to TV, radio or computer signals.

Where the traditional wind turbines go on to cost around $48,000 for 10 kilowatt roughly, Wind Dancer ranges from $11,000 to $69,000 for producing 3 Kw to 23 Kw of green energy. Therefore, these are just perfect for any residential system! Depending on your energy usage, you can choose among three variants that come with a 2-year warranty, expandable up to 5 years:

3) The Skystream 3.7, which is a 1.8-Kw wind turbine, reduces efficiency losses since the power travels through the wires. The system lowers your bills but won’t eliminate it altogether. The Skystream costs $13,000 – $15,000 installed.
Image Source: CE USA/Wind Turbines of Ohio 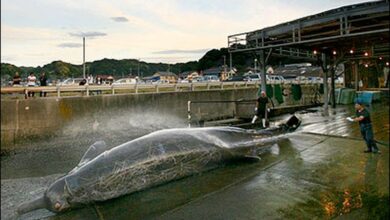 First Whale of the season butchered in Japan 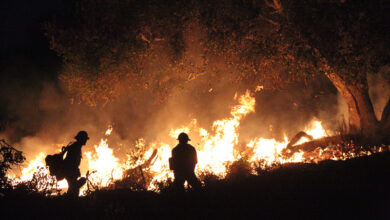 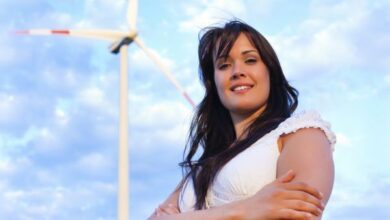