I remember I was in the fifth standard when I happened to read an article in some magazine about the extinct species of India. Through that article I came to know certain things which I never knew before. For example, very few people would know that the two horned Sumatran Rhino or the one horned Javan Rhino used to exist in India till late nineteenth century. Similarly, the Indian Cheetah also disappeared by the middle of twentieth century. In fact, this might be confusing as many people don’t know the difference between Cheetah and Leopard! There were several other moving accounts of species like the Pink Headed Duck which bid adieu being unable to counter human aggression and greed.

So, the recent WWF report of the dwindling number of species in world is hardly a surprise. The issue mainly has two facets. First is the ever exploding human population and the second is the never ending emission of industrial pollutants that the technological development has brought about. I sincerely believe that we, the Homosapiens have overgrown in numbers over the past century. There is a limit up to which this earth can accommodate us. Apart from the minuscule insects, I don’t think any other species has a bigger population than us. So, obviously we are fast using up our resources and encroaching into natural habitats of other species.

Pollution also has had an important role in this disaster. Apart from general air, water and soil pollution, it might also have indirect effects. The most glaring example would be the dramatic disappearance of vultures from the Indian sky which is attributed to their consumption of carcasses which consumed pesticide rich crops during their lifetime!

The most alarming aspect of the issue is the lack of political will among those who have the power to make a difference. All the nations start playing the blame game when the issue is raised. We need to understand that nature doesn’t recognize political boundaries and in the end, we ourselves will suffer. However, it is heartening to see the initiatives like Millennium Seed Bank Project to store the species although it would take a Herculean effort to cover all of them. 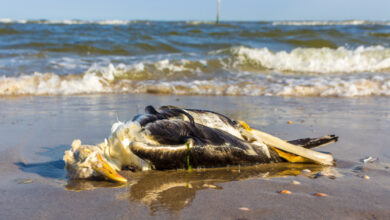